We have helped hundreds of clients successfully navigate the maze of the DOB.

We are known for our accuracy and results that matter!

We help you get a quick response from the DOB for early construction.

Confused about construction codes? Do you need to file a code predetermination appeal?

Determination is an extremely effective, efficient, and useful tool we use for reaching and gaining approval in the Department of Buildings. We know the routes and when they are supposed to be utilized and implement them early in the filing process. This helps us ensure paramount filing strategy so that you can get your project cleared and start constructing.

Our team of engineers is adept at handling laborious paperwork and use a streamlined process to file your appeal. You can always expect superior service and the best experience to gain complete peace of mind. 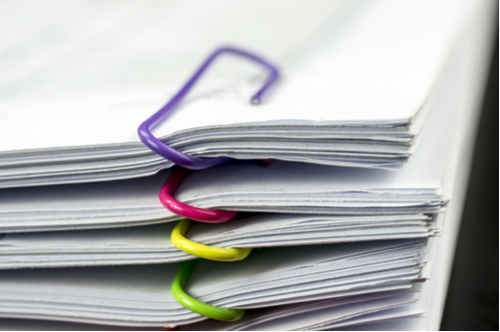 What is Code Predetermination?

Determinations are not to be used instead of compliance with the construction code. Every possible attempt must be made to provide the compliant option, which is also an as-of-right solution. If an issue is not met by this, only then determination filing should be requested for a variance of the building code.

Also, determination filings must not be used for a waiver of the accessibility requirements, which are a part of chapter 11 of the NYC building code. Such type of waiver request is to be submitted directly to the Mayor’s Office for People with Disabilities ¬(MOPD).

We help you decide whether you need to file a CD1 or need to undertake other options.

When can You File a Code Predetermination?

You can file a CD1 when you are concerned about a specific construction code. It can be filed in several circumstances, including the ones listed below. A point to be noted is that they will only be considered if the following hardships occur:

When to not submit a CD1?

The issues may or may not include, but most certainly are not limited to the examples that are as follows:

Purpose of Writing a Code Predetermination

CD1, which stands for Construction code determination form, is used for the purpose of documenting official determination requests for the sake of department review.

The officials of the department will review your request and issue an appropriate determination. Any other issue that requires determination should and must be requested on the CD1 form. We can help you determine the issues that you need to include in your CD1.

We can use CD1 forms only in the following cases:

If you are concerned about a construction code, you can go forward and file a CD1. You can do that in the circumstances listed below- 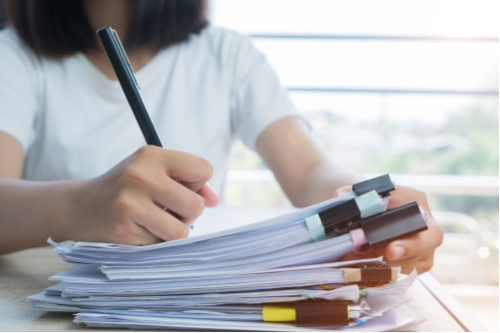 A predetermination is described as when you are concerned about your construction code before you are done filing with the department of buildings. At that time, you can ask the department of buildings to take a look into your issue, and then they can issue a predetermination. Later on, you can use this CD1 if there is an objection filed by a plan examiner if it is approved after you have filed.

The department of building fees for predetermination CD1 is one thousand dollars.

A request for a variation construction code is a situation where you are unable to interpret the applicability of code, but there is any different interpretation or code.

The filing fees of the department of buildings for the construction code variation CD1 is again, one thousand dollars.

After you are done filing with the department of buildings, your plan examiner can issue an objection. We help you make an appointment with the plan examiner to review the objection as per CD1 requirements

“appeal of an affirmation of an objection after a second plan examination review.”

If you are through with your second review, and the plan examiner is providing you with an affirmation of the issued objection, but you still do not agree, you can also appeal with a CD1. You are supposed to have a second review first.

Last, but not the least, you may also file a CD1 to appeal for a CD1 that has been denied previously.

Department of building fees of appealing a previously denied CD1 is $2,500.

We Guide you with each step

After we have gathered all the information and filled the form, we submit to the appropriate borough and unit. The latest objection sheet is also submitted with any kind of determination request. We request you to bring a copy of the determination request for the scheduled appointment.

We make sure to submit a complete form and all required documentation in a complete pdf form, to the borough email address. Our team ensures that all details are provided accurately with no room for errors.

This section will collect important job information, and is needed on every application. We can help you fill out the details of your project without any hassle.

This section will contain all important applicant information. They are extremely important for every application. If the determination request is a result of an objection that is raised by a plan examiner, the application is supposed to be filed by a professional P.E or R.A, who has filed the job application.

If the job application has not, yet, been filed, and there is no applicant either, then the option is to be left blank. The applicant can be a co-director/ director of an approved private elevator inspection agency for elevator determinations.

We have experienced and licensed engineers and architects in our team who are authorized to help you out.

This section will collect all important attendee information and is only required under the following circumstances a) the attendee and the applicant are different, or b) if the job application has not been filed yet and the applicant is nonexistent.

Our lawyers provide their attorney registration number or New York State license number in your application. We can also send experienced attorneys to attend meetings to discuss either a determination or a predetermination.

Our team helps you file out the nature of request mentioning all details like job number, code type and more. If the request has already been rejected once by the department officials, we make sure to attach the request or requests that have been rejected.

We also include any documents that can help with the review of the rejected determination request. We submit all the complete documentation and the form in one single pdf.

5. Description of the Request

We highlight the reason for the determination request, and then also explain the reason for that request. Our team makes a list of all the documents that you have attached and submitted with this form, for example, any letters, forms, or sketches that are relevant.

A seal and a signature or a P.E or R.A is an essential requirement to make sure that the requester is going to attest to the information that is provided. We make sure to double check the statement before signing it and sealing it.

Our attorneys are not required to seal the form but are required to include ‘esquire’ or ‘esq’ after their name. This is a must. They can sign a predetermination request.

New York Engineers is experienced at handling the nuances of the DOB. Our team has worked with the department so many times that they know what works and what doesn't We can help you file accurate CD1s which will never be rejected by the department. You can get quick predeterminations so that you can start executing your project at the earliest.

We have filed thousands of CD1s and know the process by our heart. You can always be sure of adept professional guidance to help you sail your boat no matter how troubled the waters are!

Get in touch with us to go forward with your code predetermination appeal.