What You Should Know About Geothermal Systems

General Overview of the Climate in Chicago

The City of Chicago is commonly referred to as ‘The Windy City’. Yet, this moniker was not originally based on the climate of the city but rather as a censure by a New York-based newspaper. With regards to the climate, Chicago is indeed windier compared to an average American City.

According to the Koppen climate classification system, a widely-used global climate classification, Chicago has a climate described as “humid continental”. This type of climate is generally a seasonal temperature with a contrasting seasonal temperature. In other words, Chicago has usually warm or humid summers as well as cold to severely chilling winters.

Based on latitude, Chicago’s climate can be compared to Rome, Italy, or Rhode Island. Also, the annual precipitation of the city is average at 35.82 inches, with long-lasting but gentle rainfalls. It is not too dry or not overly-drenched in rain showers.

What is a Geothermal System?

Residents living in Chicago, Illinois surely need a heating and cooling system. These systems would maintain the temperatures of their buildings at a comfortable level. While most opt for the conventional air conditioning types, there is a much better alternative. This alternative is a Geothermal System.

Geothermal cooling and heating systems make use of underground looping pipes. These pipes tap the constant 55˚ Fahrenheit temperature of the earth’s surface to provide people with regulated thermal comfort.

According to an annual supply chain report made by The Environmental Law & Policy Center for Illinois, there are more than 130 companies all over the state which are manufacturing and installing geothermal systems. The ELPC says that these companies are either those who solely specialize in geothermal or those traditional heating, ventilation, and air conditioning (HVAC) companies offering geothermal systems to their customers.

How does it work?

The way a Geothermal System functions closely resembles that of a traditional heat pump system. The commonly found air-source heat pumps provide thermal comfort by removing excess heat from a building and transfers it outside by exhausting it. Geothermal systems heat and cool a building by sourcing heat from the ground or water reservoirs.

These systems make use of an underground pipe with a water-refrigerant mixture circulating inside it. The refrigerant circulates the pipes and work by absorbing heat from the water source or under the ground. The heat absorbed by the refrigerant is then transferred to the heat pump to the building.

Without the use of fossil fuels, geothermal systems utilize a small amount of electricity to move heat from one place to another.

Sourcing heat from the ground is understandable but how exactly does a geothermal system get heat from bodies of water. Water does absorb heat and store thermal energy derived from constant exposure to sunlight.

Seasons change and certain temperatures come along with it. The system provides heat to a building during the winter by collecting some heat from underground. It concentrates the heat and pushes it inside the building. During the summer, there is a reversal of the process. There is also a similarity to traditional HVAC in which the heat is absorbed from the house and stored in the ground. In some cases, the heat collected from the building can be utilized to heat another part of a building that requires it or a swimming pool. This can be done in an efficient manner as well.

It is important to note that the intensive installation process of geothermal systems require a qualified professional company and is not a D-I-Y project.

Geothermal systems require a ground heat exchanger. This is made up of a coiling pipe system that is either closed or open. The most common type is a closed loop in which it requires a high-density polyethylene pipe to be buried underground. This pipe system is either buried vertically at 100-400 feet deep or horizontally at 4-6 feet deep. The positioning of the pipes depends on the costumer’s preference and most of their land area. The pump unit then delivers heated or cooled air inside the building and circulates it through the vents or ductwork, which is similar to a conventional system.

Horizontal Loops - these are considered available if the customer owns an adequate land surface. Pipes are coiled underground in a length of 100 feet up to 400 feet.

Vertical Loops - ideal for smaller land surfaces. Small diameter holes that can reach up to 75 - 300 feet are made using drilling equipment.

Pond (Lake) Loops - Considered to be economical when a water reservoir is present due to it not requiring excavation thereby minimizing excavation costs. The pipes are placed on the bottom of a pond or lake.

Open loop systems - this system uses groundwater as an energy source. It is considered to be the most economical out of all the geothermal system types.

The common system used in most households and establishments in cooling is the conventional air conditioning. One only needs to purchase an air conditioning unit and it can be set up for an hour or so. However, this convenient type does not benefit the environment. It consumes too much energy and electricity and bumps up the household’s electricity bills.

Lower Utility Bills - Geothermal systems’ main benefit lies in the fact that these units consume less energy than air conditioners by a large margin. These systems can efficiently heat and cool someone’s house or business while utilizing lesser energy.

Longer Operational Time - Although it requires electricity, its usage is far lesser. These systems can last for a long time in such a way that these are very reliable. Ground loops are warrantied for usually 50 years.

Not accompanied by a noisy fan unit - The systems provide heat or remove it in a quiet manner due to the lack of an outside fan unit.

Green Technology -  These are the most environmental-friendly systems to comfortably heat or cool a building. These systems are perfect for homeowners and business owners who want to reduce their energy usage charges by a significant margin. To top it off, they can use an efficient heating and cooling system that is environmentally friendly as well.

Geothermal System Providers Near or Within Chicago

There are a considerable number of geothermal systems providers within Chicago or near the city. By simply contacting a utility or engineering services provider you can be advised on the best geothermal system solution for your facility.

This is only a brief overview of how a geothermal system work and how it applies to the residents and business owners of Chicago. Pricing and efficiency depend on the providers so make sure to choose well.

What is a Boiler Systems: Types, Components & Classification

What to Know About Window Air Conditioners for the Chicago Weather 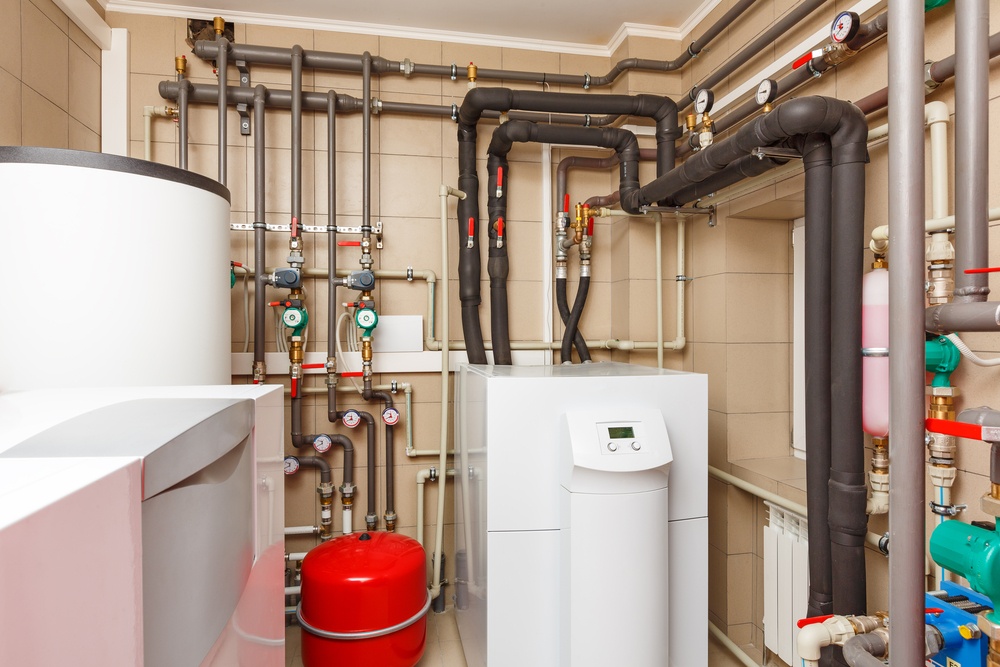