Get Your LL84 Benchmarking in 5 Easy Steps

NYE&E is the energy service arm of PJ Mechanical, The Pace Companies, and New York Engineers.

Understand if your building is LL84/133 compliant.

Never miss the deadline to file your energy usage.

Get a better Energy Star Rating

Deadlines and Penalties in the Benchmarking Law

If a building in NYC is covered by the Benchmarking Law, the report deadline is May 1st. There is a penalty of $500 for missing the deadline, which increases every three months if no benchmarking report has been submitted.

Building owners can challenge deadlines if they believe there was a mistake. The NYC Department of Buildings provides a Benchmarking Violation Challenge Form, which must be filled and submitted within 30 days. 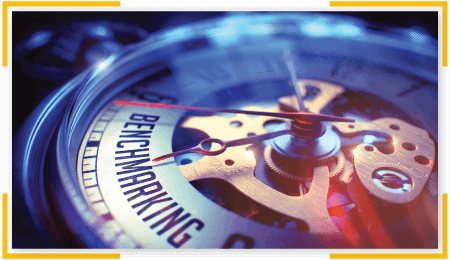 New York City has been characterized by its leadership in green construction and sustainability, not only among US cities but also globally. This is reflected by initiatives like the Greener, Greater Buildings Plan (GGBP) in 2009, and the Climate Mobilization Act in 2019. One of the four laws introduced by the GGBP was Local Law 84 of 2009, also known as the Benchmarking Law.

Local Law 84 has changed since the original version was published in 2009, and building owners must be aware of the latest requirements. The latest version covers more individual buildings, since the minimum area for benchmarking was reduced from 50,000 to 25,000 square feet. There are also building types that were initially subject to benchmarking, but are now excluded.

Does The Benchmarking Law Cover My Building?

Gathering energy and water consumption data for every property in New York City is unfeasible. For this reason, the Benchmarking Law focuses on buildings with the highest environmental impact. Buildings that meet any of the following conditions are covered:

LL133 also added an exception to the Benchmarking Law. Buildings that meet all the following conditions are no longer required to benchmark their energy and water usage:

Properties larger than 25,000 sq.ft. that meet these conditions are not subject to the benchmarking law, even if the area requirement is met.

Benchmarking a building may initially seem like a difficult task. However, the procedure is straightforward, and data collection is semi-automatic thanks to modern metering technology. The following are the first two steps before starting the benchmarking process:

You will notice that energy consumption data is required for all properties in the Covered Buildings List, but water consumption data is not always requested. Water data is only needed if the NYC Department of Environmental Protection has installed an automatic water meter for your property, and at least one full year of data is available.

You can notify the NYC Mayor’s Office of Sustainability if you believe a property has been included in the Covered Buildings List by accident. For example, a large property could have been demolished and replaced with several smaller buildings, which would no longer classify individually. The opposite also applies: if your property meets the conditions for benchmarking but the Covered Buildings List does not include it, you can also get in touch.

Any disputes of this type should be sent to energy benchmarking department, with the following information attached:

Want to Hire an Expert For Your Benchmarking Needs?

Benchmarking A Building For The First Time

Benchmarking a building for the first time requires more work, since property information must be uploaded to the ENERGY STAR Portfolio Manager. The exact information needed changes depending on the type of property, but the Portfolio Manager site will give you a detailed list to simplify the process. The following data is collected for all properties, regardless of their occupancy classification:

The Portfolio Manager will list any additional information required, based on the type of property. In an office building, for example, the following data is required to calculate an ENERGY STAR score:

Once you have added a property to the Portfolio Manager, energy and water data can be uploaded automatically by the respective utility companies. However, an initial configuration is required, with minor differences for each utility:

To have energy data uploaded automatically by Con Edison, the Portfolio Manager procedure is very similar. However, additional steps must be completed before and after at the Con Edison website.

In the case of National Grid, there is no previous step and you can configure Portfolio Manager directly. However, you must still register at the National Grid site after the configuration.

If your property uses energy sources that are not delivered as utility services, such as fuel oil or propane, these must be added manually to the Portfolio Manager. Automatic benchmarking is only possible for utility services.

How Quickly We Can Sort Your Issues?

It takes around 2 weeks for us to resolve your benchmarking issue and submit a report once you hand over your energy bills to us.

Submitting The NYC LL 84 Benchmarking Report For Your Building

Before creating and submitting your benchmarking report, first you must ensure the data is correct. For each of the variables being metered, the report should include the full calendar year from January 1 to December 31. The Energy Star Portfolio Manager has an Error Checker function, which can be used to validate data before submission.

Benchmarking reports are generated and submitted through Portfolio Manager, and they are filled automatically with the data for the corresponding year. However, you must upload the latest report format from the NYC government. Just like the Covered Buildings List, the report format can be downloaded from the NYC Mayor’s Office of Sustainability website.

To ensure compliance with the Benchmarking Law, you must make sure your BBL and BIN are correctly added to the Portfolio Manager. If you have an incorrect BBL or BIN, you will face penalties for non-compliance even if the rest of the procedure was completed correctly.

Energy Grades For Buildings Under The Benchmarking Law

Local Law 33 of 2018 introduced energy grades for buildings covered by the Benchmarking Law, which are calculated from the submitted data. Energy data is submitted through the Portfolio Manager for each building, and a corresponding Energy Star Rating is calculated. The building energy grade is determined from this rating:

Improving energy grades is in the best interest of building owners, since it also improves corporate image. In the case of apartments and commercial spaces, a high energy grade provides a marketing advantage compared with less efficient buildings. The prospect of spending less on gas and electricity can help convince tenants to sign a lease.

How Does NYC Use Benchmarking Data From Buildings?

By understanding how buildings use energy and water, the NYC government can develop effective measures to reduce their environmental footprint.

Benchmarking is also useful for building owners, since they can manage water and energy consumption more effectively. If a property has been improved with energy efficiency or water conservation measures, the benchmarking data can be used to analyze their effect.

Want To Submit The Benchmarking Report For Your Building?