-Photovoltaic modules also have a shading effect on roofs, which helps reduce the heat gained during hot summer days. This slightly reduces the cooling load on air conditioning systems.

-A solar array can also reduce the peak demand measured by your electricity provider, especially when combined with a battery system. This lowers demand charges on your power bill.

Solar panels generate electricity all year long, and the best brands have a service life of 25 years or more. However, solar power systems reach their peak productivity during the summer months, which is precisely when buildings need more electricity for air conditioning.

Make sure your solar power system is designed professionally.

Here we will discuss three ways in which solar panels help building owners reduce their power bills during the hottest months of the year. 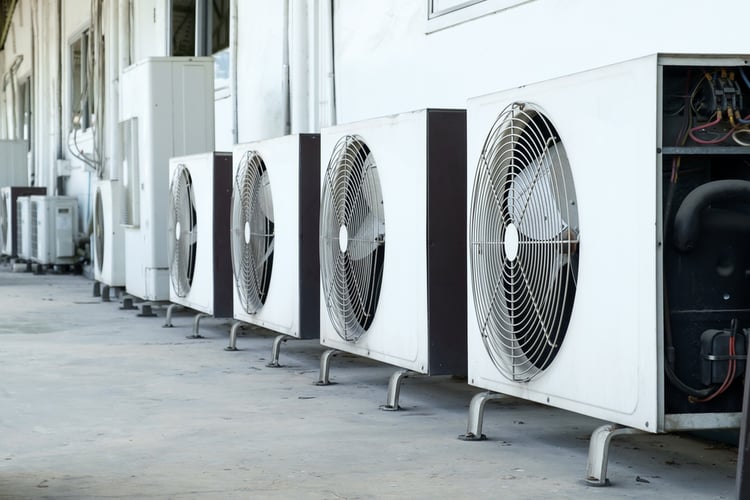 Air conditioning is the top energy expense for most residential and commercial buildings in summer, and this has a notable impact on power bills. This is combined with the fact that many electricity providers charge higher rates during the summer months. In other words, building owners are not only paying for increased consumption, but also a higher kilowatt-hour price.

When a building is equipped with a solar panel system, part of the air conditioning consumption is offset by onsite generation. This reduces the net consumption measured by your power meter, and your electricity bills are also lowered. In places with expensive electricity and abundant sunshine, a commercial solar array may achieve a payback period of less than six years. In addition, solar PV systems often qualify for incentive programs and low-interest loans, making them even easier to afford.

Air conditioning costs have been particularly high in summer 2022, due to the effects of inflation. Keep in mind that electricity prices were up by 13.7% between June 2021 and June 2022, according to the Consumer Price Index (CPI) data published in July. However, this also means solar PV system owners are also getting higher savings! To reduce your summer power bills even further, you can complement your solar investment with an air conditioning upgrade.

When a commercial roof is equipped with solar panels, part of the sunlight that was previously reaching the roof surface is not being converted to electricity. Solar panels also have a shading effect, and the air gap between them and the roof also reduces heat transfer.

Solar design engineers normally use the roof areas that get the most sunshine, since that is where photovoltaic modules can achieve maximum productivity. This has a positive side effect: solar panels provide shading where it’s needed the most. On the other hand, solar engineers avoid roof areas that are already shaded by natural or man-made obstacles when designing the layout of a photovoltaic array. Any modules installed here will suffer from low productivity, which means they represent a wasted investment.

Residential power bills normally have an energy charge only, which means consumers pay for the number of kilowatt-hours used. This type of electricity tariff is also common among small commercial consumers. On the other hand, large commercial and industrial clients are normally billed for both energy and demand: kilowatt-hour consumption, and also the highest kilowatt demand measured during the billing period.

Air conditioning systems can draw high amounts of power during the hottest summer days, especially in the hours around noon. This means building owners must deal with hefty charges for both consumption (kWh) and demand (kW) during the same month. The cost can be especially high in electricity tariffs that consider peak consumption during the entire year: a single peak in consumption on a hot summer day can drive up your power bills for an entire year.

Keep in mind that a cloudy day reduces the output of a PV array, which means that peak demand savings also depend on luck. You can add a battery system to achieve demand savings more reliably, since the energy stored can be used at any time. Energy storage can be counted upon at night when solar panels are unproductive, or during cloudy days when their output is low.

Building Retrofits: Why the Order of Energy Upgrades Is Important

4 Tips to Get Better Results with Commercial Solar Power

4 Ways to Use Surplus Electricity Production from Solar Panels