Geotextiles are synthetic and permeable materials used in civil construction projects to improve soil characteristics. Geotextiles make poor soils more suitable for construction, since they have the ability to separate, filter, reinforce, protect and drain soils.

Geotextiles are useful in many infrastructure works such as roads, landfills, harbors, drainage structures and other civil engineering projects.

Reduce the environmental impact of your projects.

Geotextiles are made from polymers such as polypropylene and polyester. They are divided into three categories, according to their manufacturing process::

Woven fabric geotextiles are the most common, and their manufacturing methods are similar to those of clothing textiles. This type of geotextile is made from two sets of parallel threads or yarns.

Nonwoven geotextiles are made from continuous yarn filaments or short staple fibers. They are bonded with  thermal, chemical or mechanical techniques, or a combination of techniques.

Knitted geotextiles are created by interlocking a series of yarn loops together. These geosynthetics are made by combining the knitting technique with other methods like weaving. 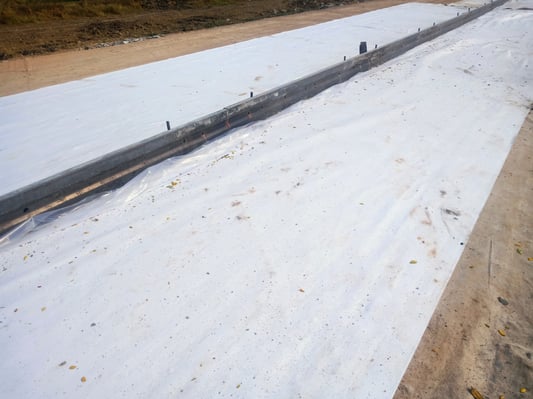 This is the main reason why geotextiles are used in construction. When a geotextile is installed between two different soils, it will prevent intermixing when water gets into the soil strata. This way, the required soil characteristics can be conserved. By separating fine subgrade soil from the aggregates, which is the case of roads, the geotextile preserves the drainage properties and strength of the base material.

These geotextiles have special thickness and permeability properties, to prevent soil contamination and to allow water flow without compromising structural integrity. Some application areas of geotextiles include:

The filtration properties of geotextiles are used when there is a need for water to move in both directions. These types of geotextiles can be woven or nonwoven, and they are used to prevent fine aggregates from moving between the soil layers.

The two main properties of geotextiles that involve infiltration are porosity and permeability. Depending on these properties, geotextiles can also promote the lateral flow of water, dissipating kinetic energy from the capillary rise of groundwater. Applications of this type of geotextile can be both vertical and horizontal, helping solve drainage problems along roads and structures.

There are three key factors when designing geotextiles to improve soil characteristics:

The role of geotextile reinforcement is comparable to the function of steel bars in concrete construction. Geotextiles are used for embankments and roads that are built over poorly graded soils, implementing the design parameters provided by a geotechnical engineer.

Geotextile fabrics can be impregnated with asphalt or other mixes, which makes them impermeable and capable of restricting the vertical flow of water. For this application, geotextiles must be nonwoven. Impermeable geotextiles can be used to prevent contamination of soil or groundwaters from pollutants above, also they may help in preventing the loss of potable water due to evaporation. 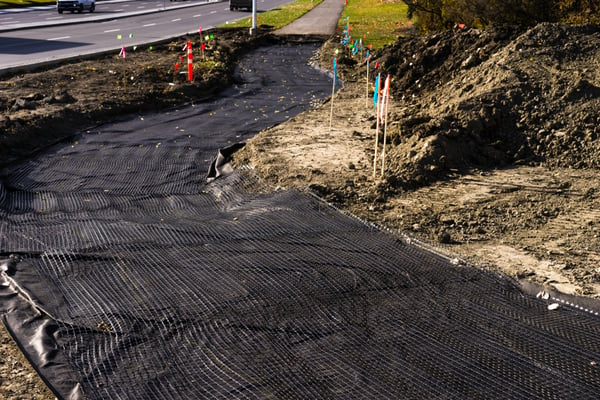 The scope of geotextiles in the civil engineering field is very vast, including the following applications:

6 Tips For Proper Handling And Storage Of Construction Materials

Is It Cheaper To Rent Or Buy Industrial Machinery?