Whether the leak is in a one-family house or an apartment unit with dozens of units, we test the existing system thoroughly and identify leaks as quickly as possible.

In the event of a gas leak and shutdown of a building, we will prepare the necessary plans and file with NYC so that repairs and restoration can go ahead as soon as possible.

As licensed professional engineers we will interface with the utility and produce the drawings for filing that will be accepted before a leak can be repaired.

The Danger of Gas Leaks 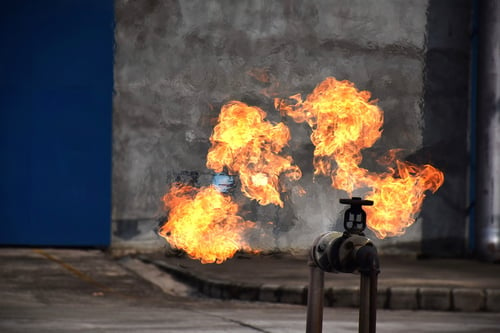 If not handled correctly, gas can be deadly. If it leaks inside a building people who breathe in the gas may lose consciousness and even die. Explosions are another deadly risk.

It is a known fact that many cities in the U.S. have aging natural gas mains, including New York City (NYC). The oldest systems are made of cast iron, which is no longer permitted for new gas mains in NYC. Some date back to the 1930s, prior to World War II. Prone to leaking, the aging infrastructure is difficult to access and therefore difficult to fix.

Every year thousands of leaks in piped gas systems are reported in Con Edison and National Grid, and scientists have warned that if anyone simply drops a cigarette butt down a manhole, and there is a leak, this could be catastrophic.

The reality is that there are sections underground below cities where the concentration of methane, an odorless gas, is so high, explosions could happen at any time – and they have.

Natural gas has also caused numerous explosions, in spite of the fact that a harmless chemical containing sulfur is added to natural gas to give it a distinctive, recognizable smell. For example:

There have been numerous explosions in Queens, New York. These are just a few examples: 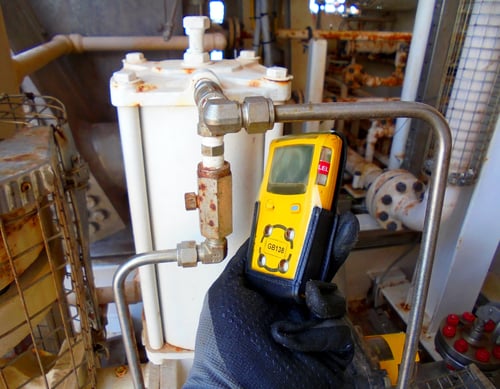 The fatal gas explosions in NYC in 2014 and 2015 eventually prompted the local NYC government to introduce safety legislation in the form of several Local Laws that were signed into law in 2016.

Gas piping inspections involve all the exposed gas lines from where the pipeline enters the building to each tenant space and includes building service meters. Public spaces in the building, including hallways and corridors, as well as mechanical and boiler rooms must all be included in tests if they contain gas piping or equipment that utilize gas. Specifically, the LMP will be looking for any evidence that piping has deteriorated or is suffering from excessive atmospheric corrosion and, of course, identification of any gas leaks. LMP’s reports must be submitted to the DOB.

Failure to comply with Local Law 152, which came into effect on January 1, 2019, is regarded as “a major violation.”

Of course, other legislation, including local codes, provides rules and regulations that have been formulated to prevent gas leaks. For example, the Fuel Gas Code of New York State (NYS) mandates that before any gas piping system can be concealed or put in service it must be tested to make certain it is 100% gas-tight, with no leaks. It also states that when conduit terminates inside a building, any space between it and the gas piping must be sealed to prevent any possible seepage of gas. The way the conduit is installed and sealed is specified in the Code.

The section of the NYS Fuel Gas Code that covers inspection, testing and purging of gas piping installations specifies ways of detecting leaks and other defects. This includes both pressure testing and visual inspections, as well as various other approved leak-detection methods.

Repairs & Replacement Because Of Leaks

If there is any indication that there is a leak in a gas piping system, the affected portion of the gas piping system must be replaced or repaired and then retested. This applies to both new systems and systems that have had service interrupted.

In very old gas piping systems it may be necessary to shut off the entire system, particularly if leaks are an issue. Newer systems are designed with isolation valves that allow specific sections to be shut down. In all instances, design drawings will need to be filed with the DOB by a professional engineering firm like New York Engineers .

The NYC Fuel Gas Code allows leak checks using fuel gas if the piping system has been pressure tested in accordance with the section on inspection, testing, and purging in the chapter on Gas Piping Installations in the Code. These include a visual examination and pressure tests. If gas distribution piping has been welded, radiographic testing is required on all butt welds in the piping and in gas meters.

Distribution pressures for gas distribution piping are specified in the Code. Meter piping, on the other hand, must be pressure tested in accordance with the utility company’s requirements.

Whether the piping is repaired or replaced, this must be carried out in accordance with the manufacturer’s instructions, the approved gas piping design, and with Gas Piping Installations in the NYC Fuel Gas Code. The Code is comprehensive and covers piping:

Once repairs or replacement has been completed the piping system must be re-checked for leakage.

If repairs don’t pass the test or inspection, additional corrections must be carried out to achieve compliance with the NYC Code and then resubmitted to the DOB for further inspection and testing.

The Process of Correcting Gas Leaks

The professional team of engineers at NY Engineers knows exactly how complicated a gas leak correction a gas shut-down can be. We always aim to get our clients’ gas services restored as quickly as possible. Even when we file in accordance with professional certification, which allows plans to be approved within two to three days, the entire correction process can take months. How many months will depend on the extent of the problem and just how much of the gas piping system has to be repaired and/or replaced.

Assuming there hasn’t been an explosion, professional engineers will need to do a survey that identifies the existing gas piping system including valves, gas risers, and meters. Then, what we do is to pressure test sections of the gas piping around fittings and valves to find any leakages that haven’t already been identified.

The next step is to come up with an engineering solution to repair the gas piping and restore the gas service to the building. Plans and working drawings for the repair and/or replacement piping need to be created and then filed with the DOB. It is also necessary to interface with the right department within the relevant utility company. In New York this will either be Con Edison or National Grid, depending on where the building is located.

In very old buildings, chances are that the meters will be locked and shutoff valves will all have to be replaced. An amended system will usually have to be designed to modernize the old system and make it safe.

The necessary inspections and tests are discussed above.

Dealing with this kind of scenario is a specialty of NY Engineers.

With plenty of years of experience in building designs, we assure you the best Enterprise Gas leak on the market. Our engineers work hand in hand with our architects to ensure that we achieve all the criteria set out for Enterprise Green Communities. We are well-versed with the 8 criteria we have highlighted in the beginning.

Designing these buildings involves artistic talent and expertise to integrate green building strategies. The idea is to reduce energy consumption while also improving the health of low-income residents. Such initiatives care for the environment to reduce greenhouse gas emissions.