There is a common misconception that building green means assuming higher costs to protect the environment. Actually, green design is an excellent financial decision: it lowers the lifetime ownership cost of a building, while reducing its environmental footprint.

Green construction boosts corporate image, and companies are more likely to attract clients who give high priority to sustainability. In the case of real estate developers, a green building will be appealing for tenants who share those values.

This article will describe 20 green design features for buildings, which reduce emissions and waste while offering an attractive return on investment. For each green design feature described, we will provide general information about cost, space requirements, savings and payback period. Note these are broad estimates, and project costs can vary depending on building conditions.

Get a green building design, and save thousands of dollars in energy and water bills.

To describe the performance of green design features, we will assume a 100,000 sq. ft. apartment building with the following characteristics: 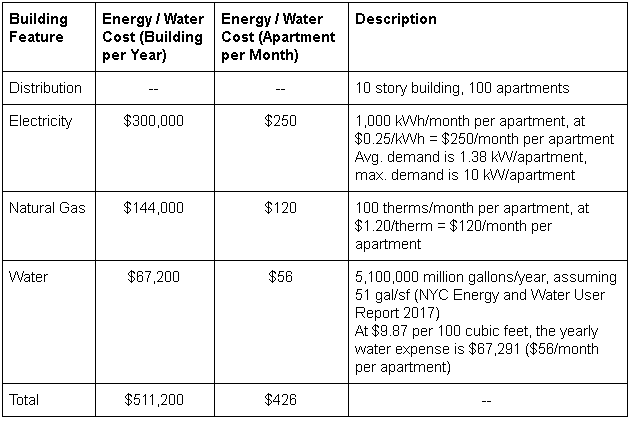 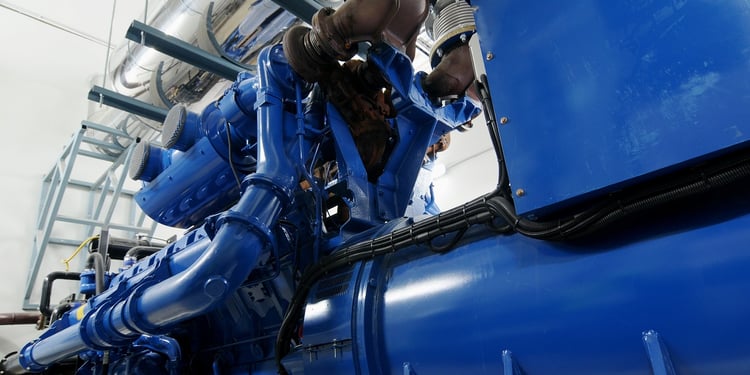 Cogeneration is also known as combined heat and power (CHP), and it consists of producing electricity and heat simultaneously. Many generation methods release heat as a secondary product, which is normally wasted. However, this heat can be recovered and used for applications like space heating, water heating and industrial processes.

Cogeneration equipment can be classified into two main types: micro-turbines and reciprocating engines. Both rely on natural gas combustion to drive the generator, and heat is recovered from engine cooling water and exhaust gases.

Hotels and hospitals are some examples of building types where cogeneration is viable. It is also possible to drive an absorption chiller with waste heat, deploying a concept called trigeneration - simultaneous electricity, heating and cooling. 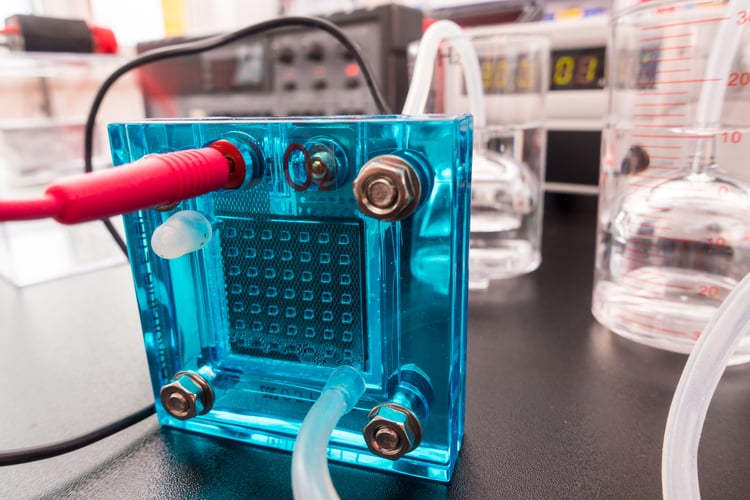 Fuel cells produce electricity and heat from a chemical reaction, and some types can also be used as energy storage devices. Like cogeneration systems, fuel cells are cost-effective when the heat and electricity outputs can both be used continuously.

Unlike batteries, which contain the reagents that produce electricity, fuel cells use an external source and cannot be “discharged”. The reaction can continue indefinitely as long as the reagents are supplied.

There are many fuel cell compositions, and two emerging types are very promising: solid oxide fuel cells (SOFC) and hydrogen fuel cells. The Bloom Energy Server is an example of a commercially available SOFC, which has been used with success by tech giants like Google, Yahoo and eBay.

A solar power system can be an excellent investment, especially if you have a building with plenty of roof area. Quality solar panels normally come with a 10-year warranty against manufacturing defects, and a 25-year warranty against loss of generation, which applies if productivity falls below 80% before 25 years. Some manufacturers may offer improved warranty terms.

The US offers a 26% federal tax credit for solar panels in all states, which will be available until the end of 2022.

The Tesla solar roof is a promising innovation, with adds solar cells to roof shingles. They are expensive to use in existing buildings, since you have to replace the roof. However, the concept is viable in new constructions, where there is a baseline roofing cost anyway. 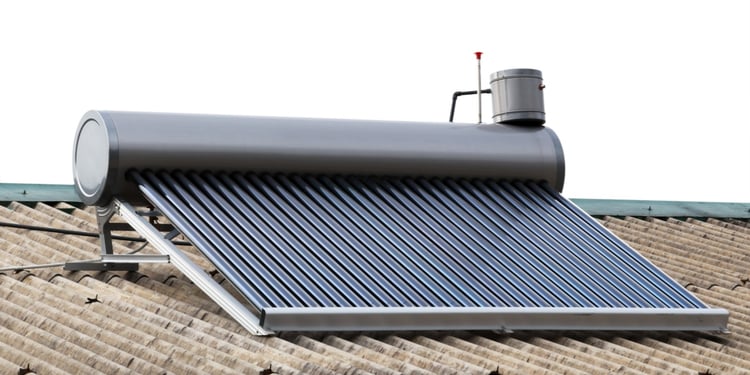 A solar collector is a viable alternative to photovoltaic panels, with smaller savings but also a lower upfront cost. In this case, solar radiation is used for water heating instead of electricity generation.

When a building has solar collectors, occupants can rely less on gas-fired or electric water heaters. There may be a minor pumping cost in taller buildings, since water has to reach the roof, but it is much less than the ongoing cost of a water heater. 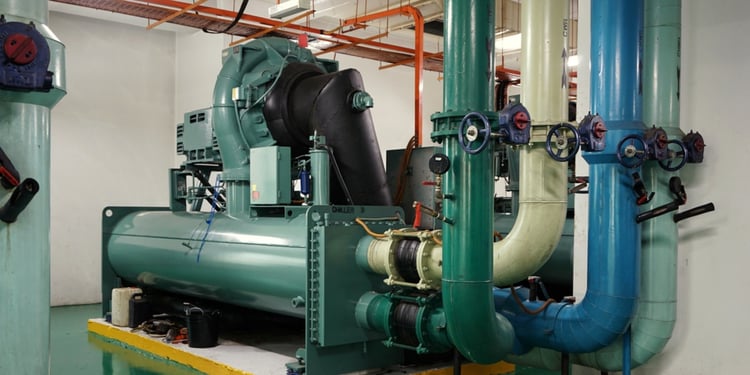 Chillers are among the most efficient air conditioning systems for buildings, especially water-cooled chillers connected to cooling towers. Some modern units are even equipped with AI, and can adjust their cooling output dynamically to match building needs.

Chiller plants can achieve significant economies of scale, concentrating air conditioning in a single location, and making it as energy efficient as possible. Space cooling is achieved with hydronic piping loops and fan coils, and the system becomes even more efficient when pumps and fans are controlled by variable frequency drives (VFD).

The ground is an excellent heat sink during summer and heat source during winter. Geothermal heat pumps take advantage of this, providing heating and cooling for buildings with a lower kWh consumption than other systems. 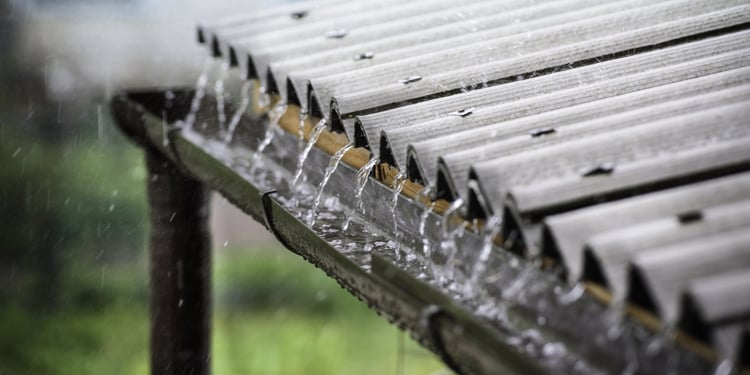 Humanity has collected rainwater for centuries, but the concept gained more importance in the modern world, especially in places with a limited water supply. Rainwater harvesting requires a collection method and a storage system, and all the water retained is subtracted from your utility bill.

In densely populated areas like NYC, rainwater harvesting also reduces the water volume handled by the sewers during a storm, preventing spillage. A single building with rainwater harvesting does not have a major impact, but effect adds up when many property owners have deployed it. 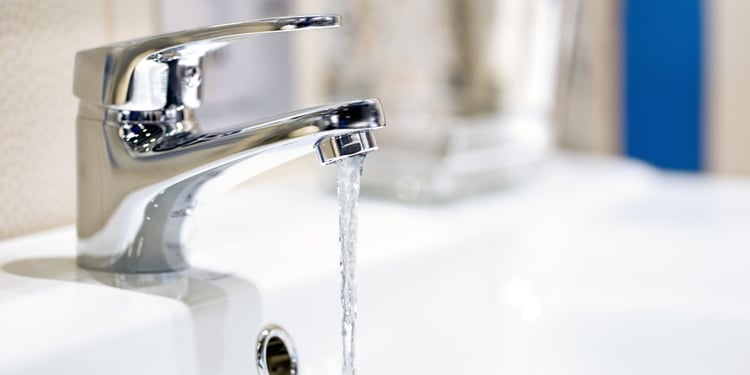 The concepts of greywater and blackwater are used to describe water that has already been used in plumbing fixtures. Blackwater includes water from all fixtures, while greywater excludes the water discharged from toilets.

Although greywater is polluted with cleaning agents and grease, it can be collected for purposes such as flushing toilets or outdoor watering. Blackwater can also be recycled for some purposes, but it requires special treatment.

Greywater and blackwater separation is easier in new constructions, since the plumbing system has not been installed. Water recycling is more challenging in existing buildings, especially if the water discharged from all fixtures is combined with toilet discharge.

LED lighting is among the most cost-effective building upgrades, offering a quick payback and a long service life. In addition, lighting savings are subtracted from the space cooling load, saving on air conditioning. LED lamps also offer a much longer service life than incandescent, fluorescent and HID lamps, which means replacements are less frequent.

LEDs provide lighting at a low cost, but only sunlight is free. Daylighting consists of maximizing the indoor use of sunlight while preventing its two negative effects:

Glare and solar heating can be controlled by optimizing window positioning, and skylights can be used in single-story constructions or the upper levels of multi-story buildings.

Exotic Level: 2 / 5
Cost: $4,500 for 30 sensors throughout the building ($150 each)
Space Requirement: Minimal, same size as smoke detectors and wall switches
Energy Savings: $5,250 per year
Payback: Less than one year

LED lighting sometimes has a rebound effect. Since occupants are aware that the lights are more efficient, they can become careless and leave them on more frequently. Occupancy sensors can solve this issue, making sure the lights are only on when needed.

Occupancy sensors can be combined with other lighting controls for further energy savings. For example, they can be complemented with dimming systems that respond to daylight - the lights are only used at full brightness when there is no natural lighting. 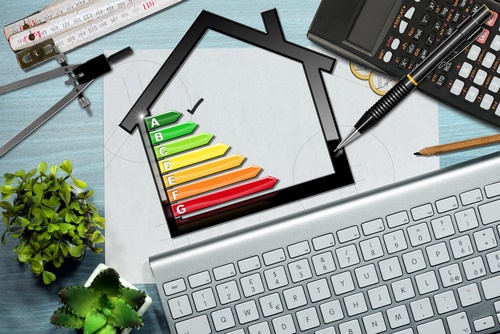 Passive House construction comes from Germany (Passivhaus), but it applies for all types of buildings in spite of the word “house”. A passive house building is based on maximizing natural ventilation and using high-performance insulation, to reduce HVAC expenses significantly or eliminate them fully.

Passive house construction also optimizes the solar heating effect, preventing it during summer and maximizing it during winter. Any HVAC system used is combined with energy recovery measures, to further reduce operating costs. 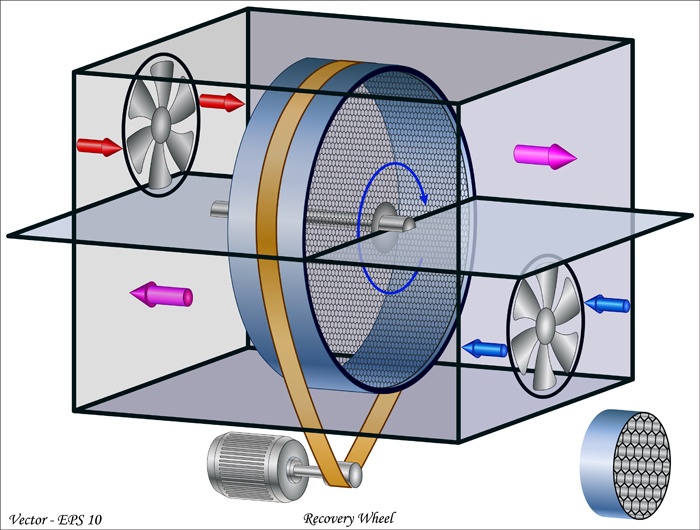 Indoor air must be renewed constantly to keep adequate conditions for occupancy. However, there is an energy cost when outdoor air replaces indoor air. 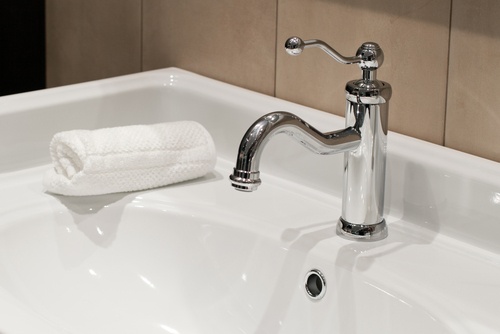 Water conservation not only reduces the corresponding bill, but also the operating cost of the hot water system. The US Environmental Protection Agency manages the WaterSense labeling program, which promotes the use of low flow plumbing fixtures.

A quick way to reduce water consumption is by upgrading plumbing fixtures to their efficient versions. In addition, there is no need to modify the piping embedded in walls or floor slabs. 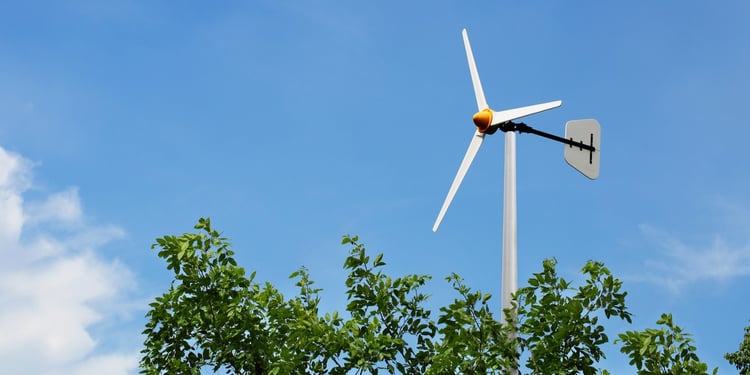 Although solar panels are easier to install and service, wind power can be cost-effective if your site has the right conditions. Being a renewable energy source, wind power also benefits from incentives.

Most properties do not have enough space for a utility-scale wind turbine. However, it makes sense to use one larger unit instead of many smaller units: 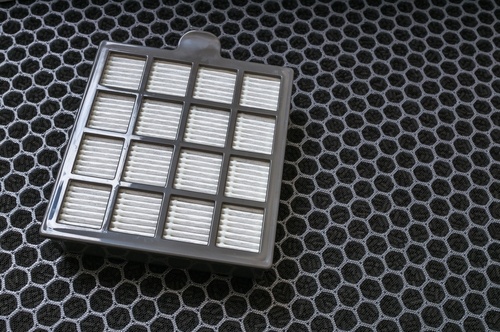 Exotic Level: 3 / 5
Cost: $45,000
Space Requirement: 30% larger filter boxes on any outside air intakes
Energy Savings: Does not apply, since the purpose is improving air quality.
Payback: Does not apply. 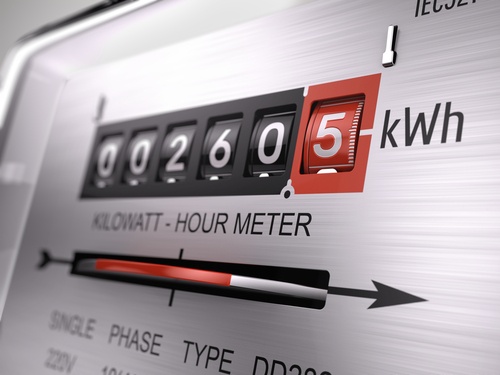 Depending on how your power bill is structured, electric load shifting may reduce the dollar amount billed, even if the total kilowatt-hour consumption stays the same.

There are many ways to cut peaks in demand. Loads that are not time-sensitive can simply be turned off, and energy storage systems can help power the loads that are necessary. Note that electricity consumption peaks are not billed if they are supplied with internal energy resources: 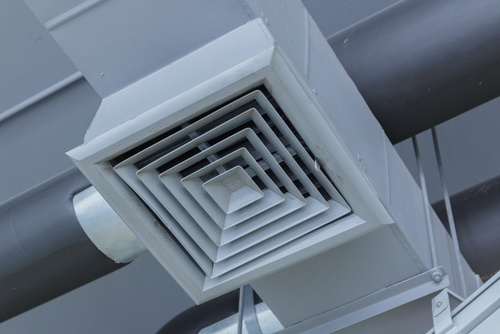 Ventilation systems are normally designed based on two values: square footage and the number of occupants. This means that the total airflow in cubic feet per minute (cfm) is based on cfm/sf and cfm/person. However, many ventilation systems keep their maximum airflow even when the area served is not full, and this represents a waste of power.

Since the human metabolism produces carbon dioxide, occupancy can be correlated with the CO2 concentration in the air. Ventilation can be controlled with CO2 sensors, reducing airflow based on occupancy to save energy. 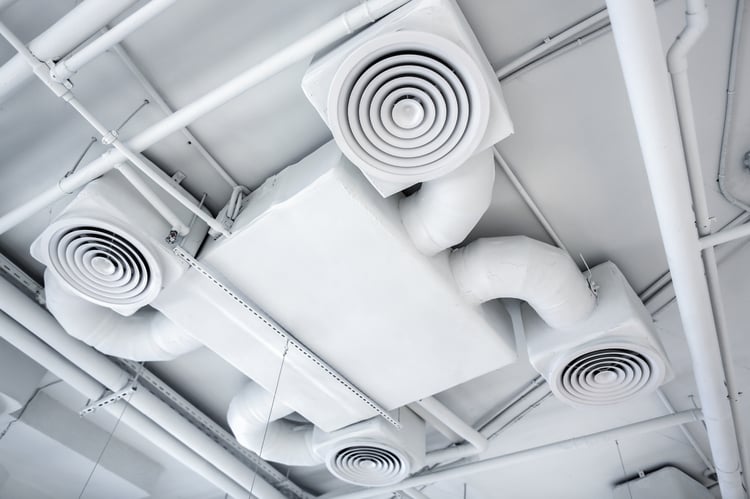 In some climate zones, weather conditions are suitable for “free air conditioning” during some times of the year. In these cases, a constant supply of outdoor air has the same effect as air conditioning, and compressors can be turned off to save energy. While there is an increase in fan power, the air cooling savings are much higher.

This operation mode is available when the HVAC system has an airside economizer.  In some jurisdictions, including NYC, economizers are required by the energy code. 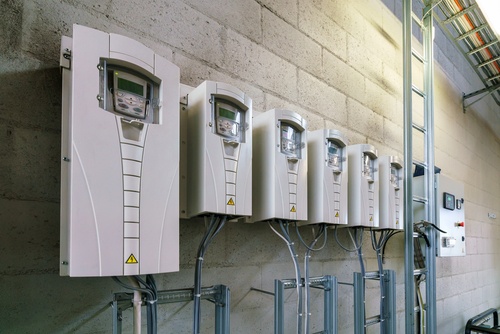 Variable frequency drives are electronic devices that adjust the voltage and frequency supplied to motors, reducing speed below their rated rpm. VFDs are very useful in fans and pumps, since these devices are often subject to part-load. VFDs are also known as variable speed drives or VSDs.

When the full output of a pump or fan is not required, two control strategies are common:

When using a VFD in a pump, the discharge valve can be fully opened to eliminate the power loss due to the pressure drop. For fans, reducing speed saves much more energy than reducing runtime - a fan at 80% speed consumes less electricity than a fan running at full speed 80% of the time.

Green construction is a broad topic, and there are many design features available for building owners. Depending on project conditions, some measures may achieve better results than others. However, building green is a proven way to save energy and water, while reducing the environmental impact of cities.