California EV Rebate Program: What Has Changed in 2022?

- The California Clean Vehicle Rebate Program has placed over 350,000 vehicles in circulation since 2010, with $1.6 billion in funding.

- California introduced price limits in February 2022, reducing the number of eligible EV models: $45,000 for cars and $60,000 for large vehicles. The income level caps for applicants were also lowered.

- Additional changes are being considered for 2023, but they are not official yet. These could include a $250 reduction in rebate amount and another reduction of income caps, but also a prepaid charging card and an increased rebate for low-income applicants.

California has been a leading state in the adoption of green technologies. This was evident in the case of solar panels: there are now many states with a large solar industry, but there was a time when California had over 50% of US photovoltaic capacity. The Golden State is now leading the way in the adoption of electric vehicles with the Clean Vehicle Rebate Program (CVRP).

Considering EV charging stations for your commercial building? Get a professional design.

The CVRP has received $1.6 billion in funding, placing more than 350,000 clean vehicles in circulation since 2010. The program offers rebates for battery electric vehicles, plug-in hybrid electric vehicles, fuel cell vehicles and zero-emission motorcycles. In this article we will review the rebate amounts available for each type of clean vehicle, while discussing recent changes introduced in 2022. 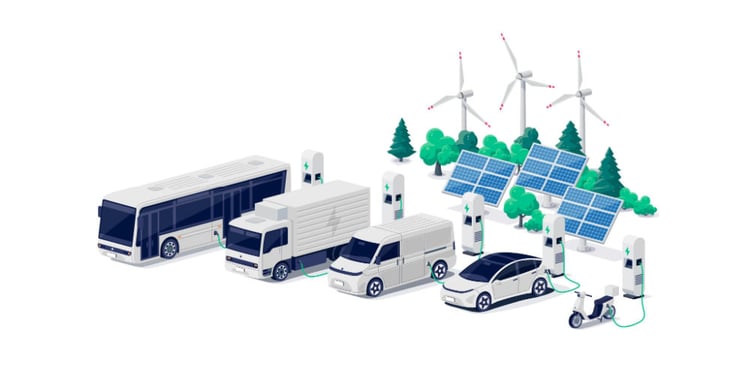 The rebate amount provided by California’s CVRP depends on two factors: the type of vehicle and the applicant’s income level. In general, the standard rebate is increased by $2,500 if the applicant’s household is below 400% of the federal poverty line. This applies for all vehicle types covered by the program, except for zero-emission motorcycles.

The CVRP website has a list of eligible vehicles, with the corresponding rebate amount in each case. The California Air Resources Board plans to gradually increase the percentage of clean vehicles sold in the state, reaching 100% by 2035 and phasing out gasoline cars. The clean vehicle rebate program is part of this effort, and the remaining funds available as of September 2022 are still over $360 million.

Zero-emission vehicles now represent over 16% of sales in the Golden State. California has sold over one million EVs as of 2022, and the state could reach 5 million EV sales by 2025.

How Did California’s EV Rebate Program Change in 2022? 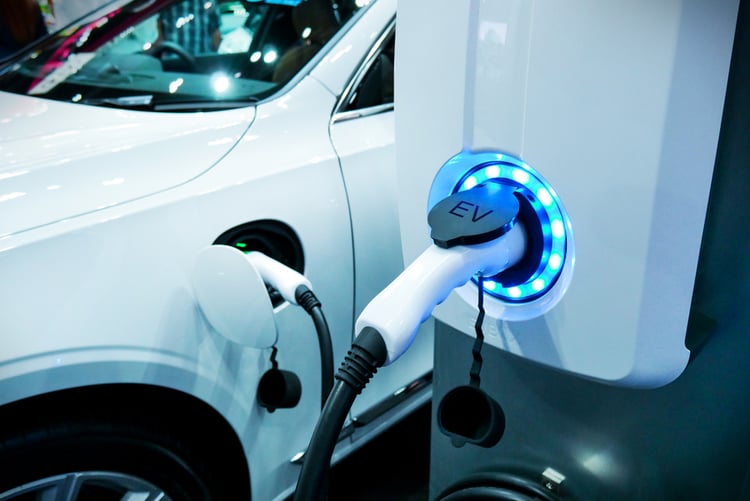 California introduced important changes to the CVRP in February 2022, setting a maximum price for clean vehicles, and lowering the income caps for applicants.

The CVRP now has a maximum Manufacturer Suggested Retail Price (MSRP) of $45,000 for cars, and a maximum price of $60,000 for large vehicles. A consequence of this change is that Tesla EVs no longer qualify for the rebate, since all models are above the maximum price (even the Tesla Model 3). Before the $45,000 price limit was introduced, Tesla sales accounted for over 50% of vehicles getting the rebate.

The following table compares the maximum income levels to be eligible for clean vehicle rebates, before and after February 2022:

The California Air Resources Board is considering additional changes for 2023, according to Spectrum News 1, but these are not official yet. The Board will hold a vote in November 2022, and the proposed changes include:

Clean technologies often qualify for both federal incentives and state incentives, which can be combined. The Inflation Reduction Act recently improved the federal tax credit for EVs (and clean vehicles in general).

The maximum tax credit is still $7,500, but the IRA removed the limit of 200,000 vehicles per manufacturer. This benefits Tesla and other manufactures who had already exceeded the limit, since their vehicles qualify for the tax credit once more. The IRA also introduced a new tax credit of $4,000 when purchasing a used EV with only one previous owner.

Understanding Architectural Patents – How They Work & Why You Need Them

How to choose the right MEP engineer for your lighting COMcheck calculation?