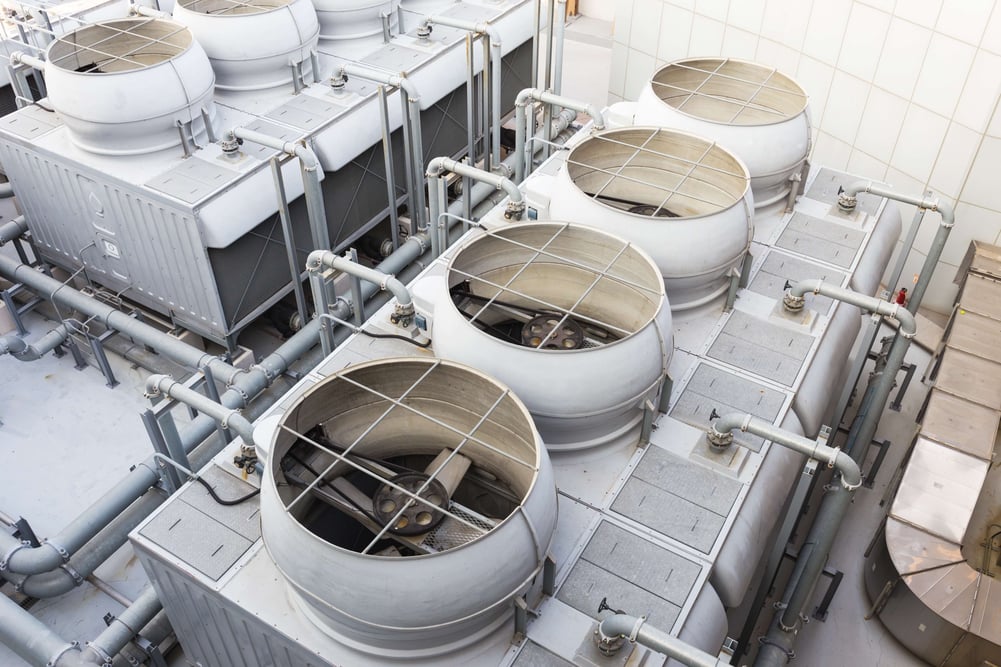 Cooling towers are essential as they have a lot of uses in the various industries of Chicago. These towers are needed as they play an important role in dealing with waste heat in the form of a cooling system that sends the heat to the atmosphere. With these cooling towers, industries can run their businesses without disregarding waste heat management.

Cooling towers can either go for an evaporation technique wherein water gets dried up to eliminate the processed heat and then cooling down the working fluid which eventually chills the area, thus eliminating waste heat. The other technique is what we call a closed circuit dry cooling system. This technique solely depends on air to cool down the working fluid to eliminate waste heat. Both techniques of cooling are effective. The reason for this differences is just because of a company’s preference and its facility’s specification and requirements. There are also two types of classification in cooling towers and these are based on the kind of air conduction sent into the tower. The two types of cooling towers are what we call induced and natural draft cooling towers.

This type of induced draft cooling tower allows the water to flow downward until it reaches the cooling tower. The water comes from the distribution basics on top. Here, water flows vertically while the air is blown horizontally and transversely to the falling water. Then, the cooled water is placed in a storage tank below the tower. The water is then sent back right into the building’s chiller to complete the cooling process.

Here, as the water flows downward, the air is being blown upward against the water current. Across the infill surface, the hot ware is divided evenly by a spray nozzle on low-pressure. The counterflow type is much more compact, better at saving energy, and is less likely to freeze.

Cooling towers come in a variety of sizes. They can be small enough to fit roof-top units or enormous enough to cover megastructures. Usually, one can see cooling towers in chemical plants, HVAC systems in cooling buildings, oil refineries, petrochemicals, and thermal power stations. Most of the time, the bigger ones are associated with coal-fired plants, large chemical or industrial plants, and nuclear power plants such as the Byron Nuclear Generating Station in Illinois. Because the Byron Station is responsible for providing electricity to Chicago and some parts of northern Illinois, the plant needs at least two gigantic cooling towers to fully cover the entire area to reduce the heat. In some cases, other cooling towers are small to moderate in sizes and are usually installed near buildings to help release waste heat from air conditioning units all over the area.

As mentioned above, these cooling towers are required for some industries in Chicago since not having one could not only get them in trouble with the law but would also allow them to become irresponsible in handling waste heat management.

Components of a Cooling Tower

While the cooling towers in Chicago vary, they still have their own similar components. These are the essential parts that every cooling tower has:

This part is used to prevent the rays of the sun to penetrate inside the water reservoir. Because of this, mold and algae do not grow inside which helps save a lot of chemical expenses for maintenance. In addition, the louvers are also installed to stop the water from splashing outside the reservoir.

In order to recycle excess moisture in the air, the drift reducers are used to separate the water in the air and be directed to a different area in the cooling tower to be recycled.

The driveshafts are the ones that make the rotating force to move the blades of the fan. These come in different sizes and must be rust-proof to avoid corrosion.

The valves maintain the total functionality of the cooling tower for a period of time. Valves are usually low-maintenance and they come in kits.

There is a variety of fans for cooling towers. Their main purpose is to push the air all around the cooling tower. Cooling tower fans are definitely much more durable than normal industrial fans since they are installed in very harsh environments.

Known as a modern cooling tower component that fully evaporates the water, the fill media is used in order to disperse the water into a thin film over a large surface area. Through this, evaporating the extra moisture and heat is quicker.

Like the fans, gearboxes also come in several sizes and styles. These are used to support the fan’s speed and strength in the cooling tower.

The nozzles simply guide the water from the fill media to the bottom of the reservoirs. They channel the water without spilling so that you have maximum use of the collected moisture in the fill media.

During winter, the reservoir heaters prevent the water from freezing. The heaters also come in a variety of brands and are suitable with many cooling tower types as well.

Like any other state in the United States, Chicago has its own cooling towers sprawled from one city to another. This is an essential part of not only creating an effective method in cooling down the heat but also providing the area with a livable space for the people of Illinois.

The 3 Things HVAC Engineering Can Help You With