Diesel generators are used to provide backup power for buildings during blackouts and other emergencies. They are also used as permanent electricity sources in places with no grid coverage, such as remote mining facilities and oilfields. However, the technical specifications of diesel generators must be understood clearly before purchasing one.

When a diesel genset operates under the conditions for which it was designed, it has a higher efficiency and longer service life. However, it is important to understand the difference between kilowatts (kW), kilovolt-amperes (kVA) and power factor (PF):

Diesel generator nameplates have rated values for kW, kVA and PF. However, the operating conditions are determined by the connected load, and not by the generator. To make sure your building has the right genset, the best recommendation is having the unit sized by professional electrical engineers.

Does your building have the right diesel generator?

What Limits the Output of a Generator?

The maximum kilowatt output of a generator is determined by the diesel engine that drives it. As an example, consider an electric generator with 95% efficiency that is driven by a 1000-hp diesel engine:

On the other hand, the maximum kilovolt-amperes depend on the rated voltage and current of the generator. There are two ways in which the genset can be overloaded:

Keeping this in mind is very important, since a generator can be overloaded in terms of kilovolt-amperes, even if the load kilowatts are below the rated value. 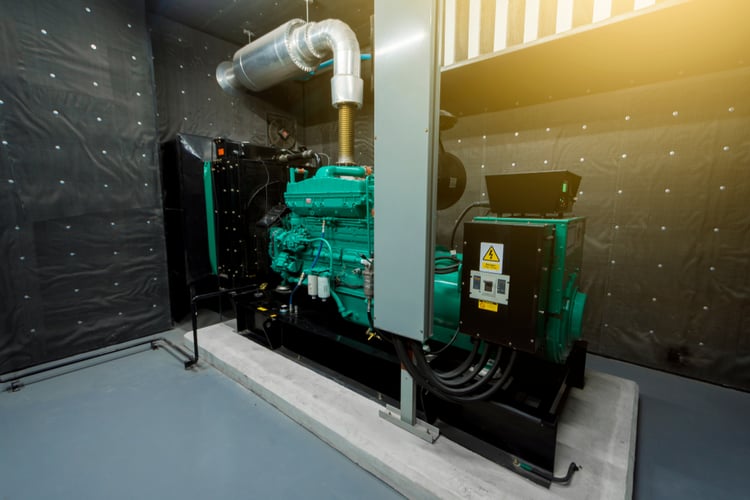 To summarize, a diesel generator can exceed its rated power factor with no problem, as long as the kW and kVA stay below their rated values. Going below the rated PF is not recommended, since the generator operates less efficiently. Finally, exceeding either the kW rating or the kVA rating can damage the unit.

How Leading and Lagging Power Factor Affect a Diesel Generator

If you connect only electric resistance to a generator, and you measure voltage and current, their AC waveforms will match when displayed on a digital meter. Both signals alternate between positive and negative values, but they cross 0V and 0A at the same time. In other words, voltage and current are "in phase": 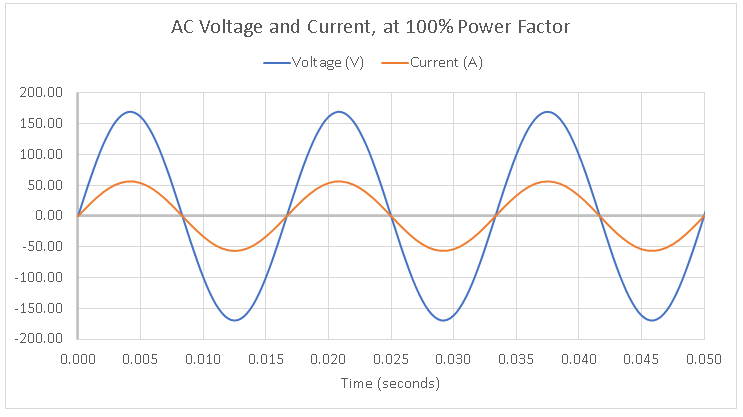 In this case, the load has a power factor of 1.0 or 100%. However, most devices found in buildings have a power factor different from 100%, which means their voltage and current are displaced with respect to each other:

If the AC voltage peak is ahead of the current peak, the load has a lagging power factor. Loads with this behavior are called inductive, and they include electric motors and transformers. The following graph displays voltage and current for an inductive load: 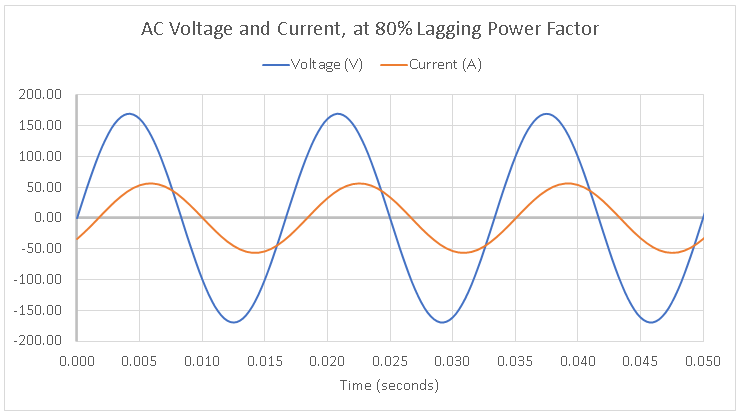 On the other hand, if the current is ahead of the voltage, the load has a leading power factor. Loads with this behavior are called capacitive, and they include batteries, capacitor banks, and some electronic equipment. The follow graph displays voltage and current for a capacitive load: 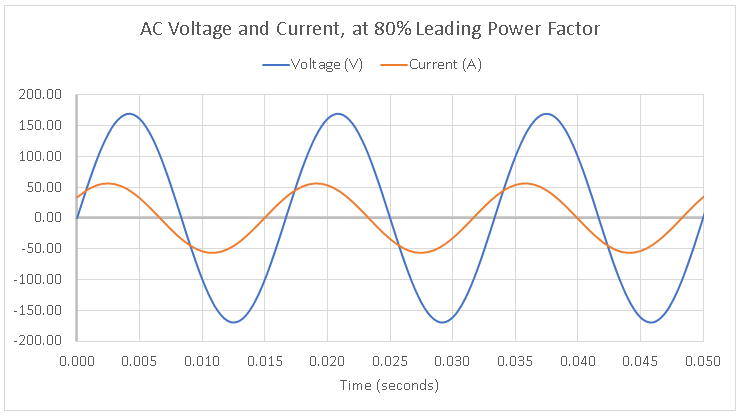 Most buildings have more inductive loads than capacitive loads. This means the overall power factor is normally lagging, and diesel gensets are designed for this type of load. However, owners must be careful if a building has many capacitive loads, since the generator voltage becomes unstable with leading power factor. This will trigger automatic protections, disconnecting the unit from the building.

In places like New York City, building codes establish stringent requirements for emergency power systems. To make sure your building has a suitable genset that meets codes, the best recommendation is asking the experts.

When to Specify a Unit-Mounted Load Bank for Your Generator

When to Specify a Unit-Mounted Load Bank for Your Generator