New York and New Jersey have been hit by a powerful storm in recent days, leaving thousands of homes and businesses without electricity, and roads blocked by fallen trees and utility poles. Building interiors can quickly become unsuitable for occupancy under an extended power outage, as lighting and HVAC systems are taken out of commission. However, there are many viable measures that improve the reliability of building systems when utility services are compromised.

High-rise buildings are especially vulnerable to extended power interruptions. Their indoor temperature can decrease or increase rapidly, depending on the season. In addition, their potable water supply often depends on an electric booster pump, and many fire protection systems are also powered by electricity.

This article will describe some measures that make buildings more resilient under harsh weather. Their main purpose is to conserve suitable indoor conditions when strong winds damage power lines and interrupt the electric supply.

Design your building for both high performance and resilience.

Diesel generators are the most common type of generator for backup power in buildings. However, diesel dependence is a limitation during extreme weather events: the generator relies on diesel deliveries, and these may not be possible if roads are blocked or flooded. Large areas of New York City experienced this after Superstorm Sandy in 2012: buildings had to power off their generators after consuming the diesel available, even though the electric service had not been restored.

Oil-fired boilers suffer from similar issues, since heating oil must also be delivered at regular intervals. If transportation cannot operate correctly, it is only a matter of time before the oil tank of a boiler is depleted. 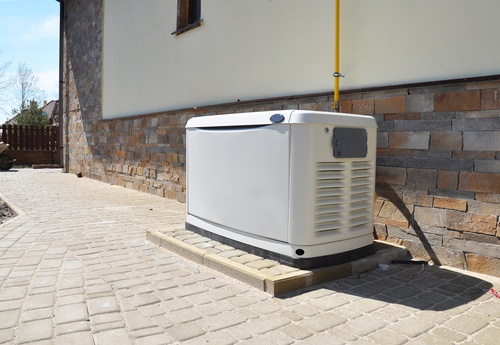 In both cases described above, the use of natural gas can greatly improve reliability. Natural gas distribution systems have a very tough construction, given the high risks associated with gas leaks. During Superstorm Sandy, for instance, thousands of buildings were left without power while the gas supply continued to operate normally in most cases. Natural gas also reduces greenhouse gas emissions when displacing diesel or heating oil, since it is a cleaner fuel.

There are no limitations for the use of natural gas boilers, as long as you meet all applicable construction codes. Natural gas generators can be used in New Jersey with a municipal permit, but building codes limit their use in NYC.

Many modern constructions have high-performance HVAC systems, which keep indoor spaces under optimal humidity and temperature conditions. However, these same buildings often suffer from poor envelope performance, which means they cannot sustain indoor temperatures for long if HVAC systems are deactivated. Ideally, a building envelope must minimize heat loss during the winter and heat gain during the summer.

Two simple measures that improve building envelope performance are caulking and weatherstripping. They have a low cost and do not require the removal or modification of building components.

There are also building envelope improvements that involve a higher investment, while requiring the removal or modification of existing building elements.

High-performance windows and wall insulation are strongly recommended for new constructions, since they only represent an incremental cost beyond the project baseline. Physical installation is also simpler because there are no buildings elements to remove; a high-performance envelope is integrated with the building as construction progresses.

Floodwater can disable building systems if key equipment is located in lower floors or the basement. This can affect even high-rise properties if important electrical and mechanical devices in lower levels are flooded. These issues can be prevented by installing important equipment in higher floors, above the reach of floodwater.

Another serious issue during floods is sewage backflow, but it can be prevented by installing backflow prevention valves. As a complementary measure, automatic toilets should have a manual override to allow flushing without a power supply.

When dealing with building resilience against extreme weather, we tend to think only about the structural aspect. However, consider that occupants are often trapped in buildings during emergencies - maintaining suitable indoor conditions for as long as possible is vital.

Like with any building upgrade, you must make sure all applicable code requirements are met. The best solution is working with qualified design professionals from the start of the project.