Buildings consume over 70% of the US electricity supply, and this is why energy efficiency measures have such a high potential to reduce the environmental impact of modern cities. Traditionally, electricity has been generated at power stations and then delivered to buildings using power lines and transformers. However, modern generation technologies like photovoltaic panels and natural gas microturbines allow electricity production at the point of use.

There is a wide variety of electricity generation methods, each with advantages and limitations. Generation technologies can be classified in many ways:

A basic principle of physics is that energy cannot be created or destroyed, it simply changes form. Since electricity is a form of energy, generation systems can only produce it by consuming another form. The following are some of the most common energy sources:

The price of electricity is strongly dependent on the resource used to produce it. Also note that the availability of energy sources changes by region, and electricity costs are increased if a resource must be transported from remote locations.

The media often uses the concept of renewable generation to describe clean energy sources, but there is an important difference between both terms. Of course, many energy sources are both clean and renewable.

Nonrenewable energy sources are finite, and using more of them today leaves less available for the future. Fossil fuels are the best-known example, since their formation takes millions of years and they cannot be replenished fast enough to keep up with human consumption.

Many renewable sources are clean, but this is not always the case. For example, biomass power is considered renewable because it uses biofuels processed from organic waste. However, the combustion of these fuels releases greenhouse gases, even when their source is renewable.

All generation systems have an environmental impact due to equipment manufacturing and power plant construction. However, polluting sources continue releasing emissions during operation, while clean sources produce little or no emissions after construction.

Electricity sources that produce emissions also vary in terms of their carbon footprint. For example, natural gas and coal both produce emissions, but the emissions per kilowatt hour are more than twice as high when coal is used.

The concept of dispatchable generation is the least known among the general public, but for utility companies it is vital to keep a reliable power supply. A dispatchable power source in one that can be relied upon to supply electricity on demand. This excludes solar and wind power, since they use inputs that cannot be controlled. On the other hand, hydroelectric power plants can store water to deliver electricity at any time, and they are considered dispatchable. 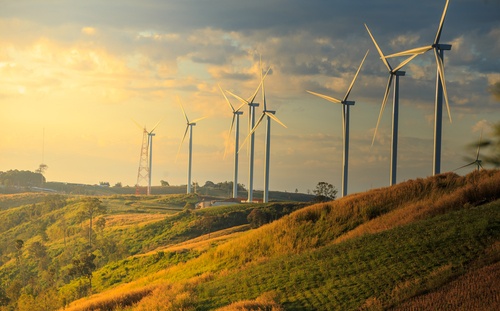 If a power grid relies too much on variable energy sources, the electricity supply can become unstable because production is constantly fluctuating. Thus, utility companies normally rely on a mix of sources: wind and solar power are variable, but they offer a very low cost per kilowatt-hour, while dispatchable sources are used to balance generation and consumption.

An innovative concept is using large-scale energy storage to complement solar and wind power, turning them into dispatchable sources. Although the cost of batteries is still a barrier, it is decreasing fast and the concept has already been deployed successfully in places with expensive electricity.

Since every property is unique, the first step to deploy on-site generation is getting an inspection by a qualified energy consultant. For example, a rooftop that is constantly covered by the shadows of neighboring building is not suitable for solar power. Ideally, on-site generation should be complemented with energy efficiency - powering a building completely with on-site generation is easier and less expensive when electricity consumption has been optimized first.