How Do Energy Storage Systems Save Money?

Energy storage has become a trending topic in the energy industry, and there is a strong reason. Solar panels and wind turbines can now produce electricity at a lower cost than fossil fuels, but they depend on inputs that cannot be controlled - sunlight and wind. These renewable sources can compete with fossil fuels in price but not reliability, since fossil fuels can produce electricity at any time. Energy storage systems are promising because they can eliminate the main limitation of solar and wind power systems.

There are many energy storage technologies, but lithium-ion batteries have gained popularity for several reasons:

Like with most energy storage technologies, the upfront cost is the main limitation for lithium-ion batteries. Achieving an installed price below $400 per kilowatt-hour of storage is difficult, even with utility-scale systems. For smaller residential battery systems, the price often exceeds $800 per kilowatt-hour. However, the International Renewable Energy Agency (IRENA) has determined that electricity storage could become 66% cheaper by 2030.

Reduce your power bills with renewable generation and energy storage.

According to an article by IEEE Spectrum, energy storage costs must drop to $20/kWh to operate an electricity grid with only solar panels and wind turbines. Reaching such a low cost is a major challenge for the industry, and unlikely in the short term. However, a power grid could rely on renewables over 90% of the time with an energy storage cost of $150/kWh, which is less difficult to reach.

In buildings, there are two main ways in which energy storage can reduce electricity bills. In both cases, a low-cost power source is necessary to charge the system:

As of 2020 the US offers a federal tax credit of 26% for renewable energy systems, including solar panels and small-scale wind turbines. Energy storage systems can also get the tax credit, if they get at least 75% of their charge from an eligible renewable generation system.

Buildings with demand charges can configure an energy storage system to keep the total power consumption below a specified value. For example, if a building is charged $40 per kW of demand, a peak demand of 500 kW leads to a $20,000 monthly charge. In this case, an energy storage system that reduces peak demand by 150 kW saves $6,000 per month. This concept is called peak shaving.

Buildings with time-of-use tariffs can also save with energy storage, but following a different approach. In this case, the energy storage system must be charged with a cheap source of electricity, and there are two main options for building owners:

If low-cost electricity is stored in batteries, it can be used when power companies are charging the highest tariffs of the day. This typically occurs when the grid is experiencing peak demand. 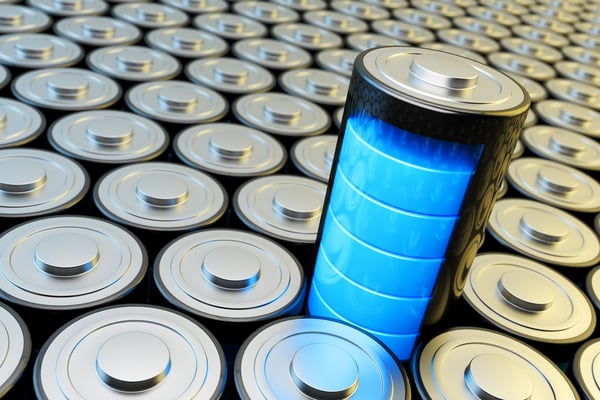 Electric companies often give credit if you sell surplus generation, but they normally pay the wholesale kWh price instead of the retail price. For this reason, a kWh that is stored and used later normally yields a higher benefit than a kWh sold. For example, a surplus generation of 1,000 kWh is only worth $120 with a feed-in tariff of 12 cents/kWh. However, this same energy is worth $400 when used to avoid a peak tariff of 40 cents/kWh.

Consider that the federal tax credit only covers storage if at least 75% of the electricity comes from an on-site renewable energy system.

The electricity consumption of each building is unique, and power companies apply different tariffs depending on the type of property. For this reason, the potential savings of energy storage can change a lot from building to building. The best recommendation is contacting an energy consulting firm, to get a professional feasibility study of energy storage for your building.

Energy storage achieves the best results when it can be used to reduce peak demand, or to avoid peak electricity rates. Incentives from governments and power companies can reduce upfront costs when available. Also, some power companies around the world are testing demand response programs - owners of energy storage systems are rewarded for letting the power company use their storage capacity.

The Value of Energy Efficiency Measures and Solar Power in 2022