US coastal regions are dynamic business environments, and highly desirable places to live. Coasts support jobs in many industries, and their seaports serve as business hubs for commerce with global partners - New York City is a good example. Besides the economic benefits of coasts, they also host diverse ecosystems like beaches, estuaries and deltas. These natural environments provide opportunities for recreation, sustainable fishing and watersports.

However, coastal regions are continuously exposed to climate hazards. For example, events like high tides, storm surges, strong waves and heavy precipitation can cause flooding. The impact of these events can range from mere inconvenience to severe property damage, combined with injuries and casualties.

Get a resilient design for your next building project.

The global average sea level is rising and affecting lowland areas. This increases the magnitude, frequency, and duration of coastal inundations. According to tide gauges in every continent and satellites, global average sea level has risen approximately 7 to 8 inches since 1900.  Sea level changes in a specific area depend on a combination of global and regional factors. In the construction sector, building resilience will become more important year by year. 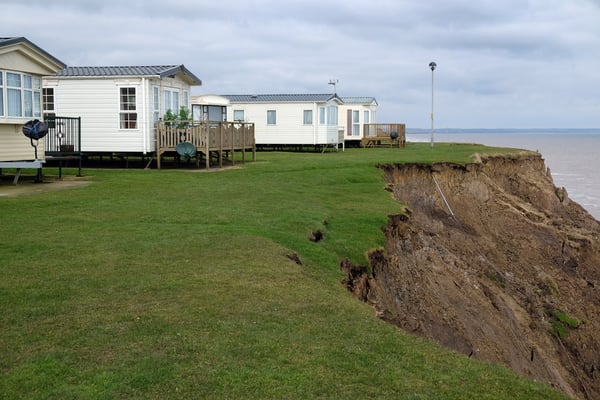 There are regions where land is rising faster than sea level, mainly due to tectonic forces, and this gives the impression that sea level is decreasing. However, there are also regions where the land is subsiding, and the effect of sea level rise is amplified. The following are some conditions that may produce a localized sea level rise: 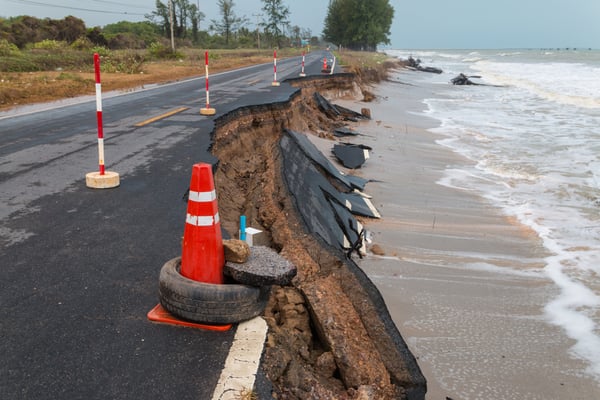 As global sea level rises, the action of waves at higher elevation increases the risk of coastal erosion. This is the process by which sea level rise, wave action and coastal flooding wear down or carry away rocks, soil and sand along the coast. It is common for coastlines to experience several natural events that cause erosion, such as tropical storms. A very damaging scenario is the combination of storm surge at high tide with the additional effects from strong waves, which is typical for tropical storms that make landfall.

In the past, a common protection method against coastal erosion was “shoreline hardening”. This method used structures like seawalls, groins, rip-raps and levees to reinforce the shoreline. As the understanding of shorelines has improved, it is suspected that structural solutions may have caused more problems than they solve. Local governments often prohibit these methods.

Nature-based or “green” protection measures improve the natural ability of shorelines to dissipate storm energy, without interfering with coastal processes. Beach nourishment is a common and non-structural stabilization technique for shorelines. This technique consists of placing additional sand on a beach, which functions as a buffer against erosion, while enhancing the recreational value of the beach. Other methods include stabilizing dunes with fences or natural vegetation, wetland protection and restoration, and relocation or removal of structures.

A high-tide flooding event happens when local sea level rises above a specified threshold, in the absence of storm surge or river flooding. The consequences of high-tide flooding can include water accumulation on low-lying roads, or seawater entering stormwater systems. High-tide flooding was initially referred to as nuisance flooding, since it causes public inconveniences like road closures and saturated storm drains. The impact can become more severe when high tides coincide with other conditions:

Extreme high tides usually occur a few times a year during a new or full moon. These are known as perigean spring tides or king tides, and they are astronomical in origin. When the Earth, Moon, and Sun are in a straight line, the combined gravitational force of the Moon and Sun on Earth’s ocean results in unusually high tides. However, astronomical alignment is not the only factor that influences high-tides; major changes in weather and ocean circulation patterns, such as the El Niño Southern Oscillation, can affect high-tide flood frequencies.

High-tide flooding is forcing certain cities, especially those in the East coast, to install expensive pumping stations that clear floodwaters from the streets. As global sea level rises, flooding will become a more frequent and severe issue. Therefore, coastal cities should start taking action to mitigate their impact.

How to Prevent Legionnaires’ Disease in Building Water Systems 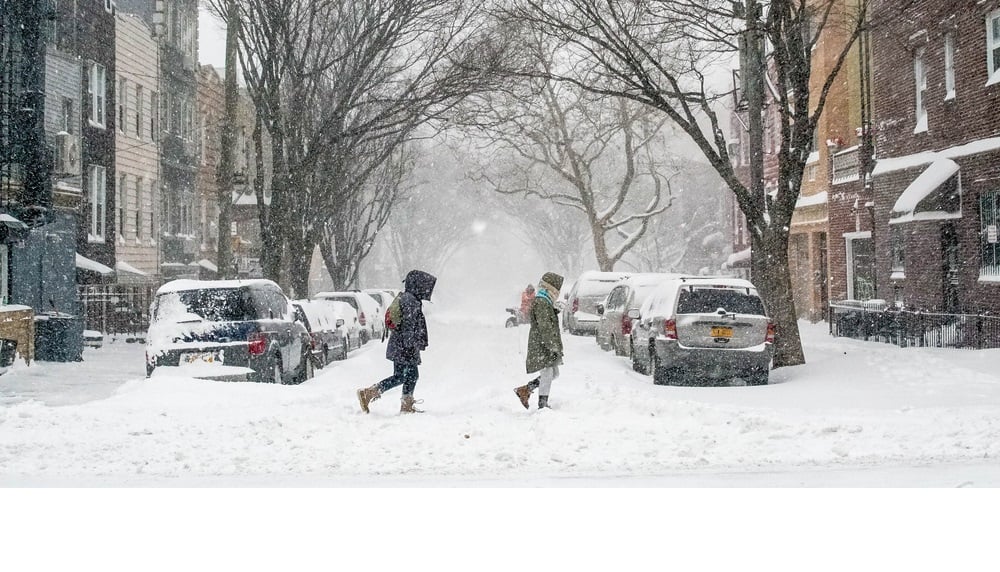