Is Electric Heating Really Cleaner than Gas Heating? It Depends!

- New York City will no longer accept heating systems that run with natural gas or heating oil in new constructions, which means owners will need to use electricity.

- Electric heating is cleaner than combustion heating when the power comes from solar panels, wind turbines or other clean technologies.

- However, when power is generated mostly from coal and natural gas, electric heating can actually produce more emissions than combustion heating.

- The type of electric heating system also matters. Assuming the same heating capacity, a heat pump only uses a fraction of the kilowatt-hours needed by a resistance heater.

New York City enacted Introduction No. 2317-A on December 2021, and the new law prohibits fuels that release more than 25 kg of CO2 per million BTU in space heating and hot water systems. This requirement applies for new construction and major renovations. Since natural gas and heating oil are both above the limit, they have been essentially banned. This means building owners will need electric heating systems once the law comes into effect.

Int. No. 2317-A is also known as Local Law 154 of 2021, and the date when it applies for new constructions depends on their height. Buildings under seven stories must meet LL 154 if they are submitted after December 31, 2023, and buildings seven stories or taller must comply if submitted after July 1, 2027.

Get a renewable heating system design for your next construction project.

However, is electric heating really cleaner than gas heating? This is true when using clean sources like solar and wind power, but not when a grid depends on fossil fuel generation. In other words, electrification only reduces emissions from the building sector if energy companies transition to cleaner sources. Otherwise, emissions are simply being displaced from buildings to power plants. 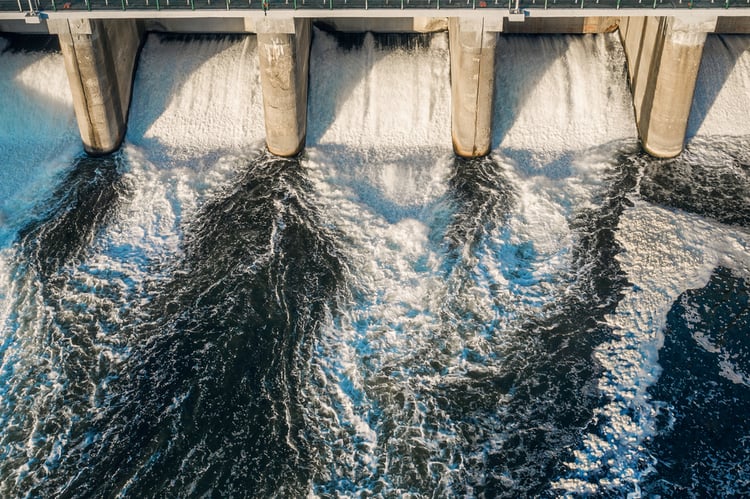 According to the US Energy Information Administration, the three main power sources in New York state are natural gas, nuclear power and hydroelectricity. These sources generate 90% of the electricity used in the state, while the remaining 10% comes from non-hydro renewables like solar and wind energy. Nuclear and hydroelectric power stations don’t release emissions while operating, but the same cannot be said of gas turbines.

However, New York is among the most energy efficient states relative to its population. Energy consumption per capita is the third-lowest in the US, and only California and Rhode Island are more efficient. New York has an ambitious Clean Energy Standard, aiming for 70% renewable power by 2030 and 100% carbon-free power by 2040.

At the local level, New York City is taking aggressive measures to reduce its emissions. The Greener, Greater Buildings Plan (GGBP) was created more than a decade ago in 2009, and it included four laws:

More recently, NYC introduced energy grades for buildings with LL33/2018, and emission limits for buildings over 25,000 sq.ft with LL97/2019. The latest addition to the list of climate-related laws is LL154/2021, which bans natural gas and higher-emission fuels in new constructions.

Making Sure That Electric Heating Systems Have Low Emissions 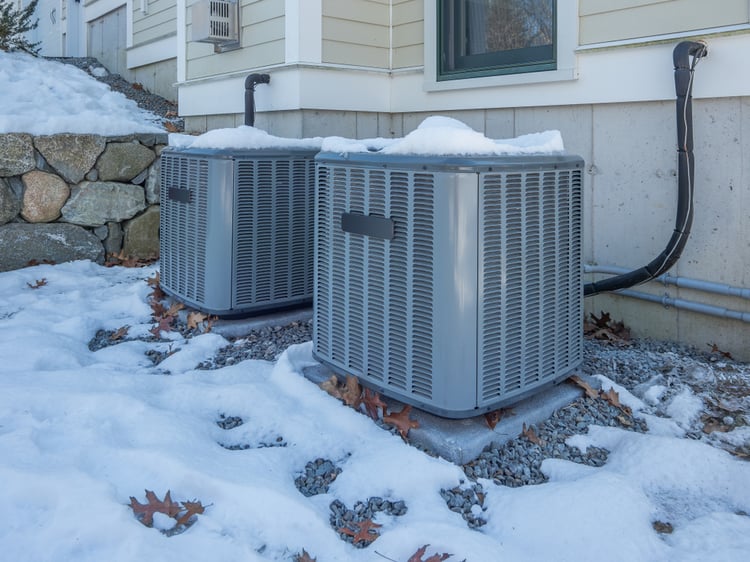 Electricity from the NYC grid has an emissions factor of 0.000288962 metric tons of CO2 equivalent per kilowatt-hour. This means an electric heating system that uses only power from the grid will produce almost 289 kg of CO2-eq for every 1,000 kWh consumed. However, this can be offset by using electric heat pumps instead of resistance heaters.

Of course, if 100% of the electricity comes from a clean source, both the resistance heater and the heat pump in the example above would have zero emissions. However, you can still save 60% of your operating costs with the heat pump. Even if you generate your own electricity onsite, electric heat pumps use the available capacity more efficiently.

To summarize, electric heating can be cleaner than natural gas heating, but only when power is generated with an energy source that has zero emissions or low emissions. Most power grids have a mix of sources, and the emissions factor will depend on the percentage of power that comes from fossil fuels. In this case, electric heat pumps can help compensate thanks to their lower kWh consumption.

Using a Fully Electric Hot Water System for Your Building

Electric Heating for Buildings: 3 Design Tips to Reduce Your Bills