The NYC Energy Conservation Code was first created through Local Law 85 of 2009, and it has been reviewed three times in 2011, 2014 and 2016. The energy code will continue to be upgraded periodically, and Local Law 32 establishes the framework for upcoming versions. The code will gradually increase energy performance requirements for buildings in NYC, making the city more sustainable. However, this also means that property developers will be subject to increasingly stringent requirements with each new version.

Keep in mind that the NYC Energy Conservation Code is mandatory for new constructions and major renovations, but it does not affect existing properties under normal conditions. Currently, only existing buildings covered by Local Law 88 are affected: they must have lighting systems that meet the energy code by 2025.

If LL88 imposes a lighting upgrade for your property, keep in mind that code requirements will become more demanding with each version, so compliance is simpler if you carry out the project earlier. If your building is also covered by Local Law 26 of 2004, which requires an automatic sprinkler system installation by July 1, 2019, you can schedule both projects together. Both fire sprinkler installation and lighting retrofits involve opening the ceiling, which means you can minimize disruption by carrying out both projects at once.

Get a MEP design that meets the NYC Energy Code.

Upgrades to the NYC Energy Conservation Code are part of a broader strategy to meet the city’s emissions reduction goal: 80% by the year 2050, taking 2005 as a reference point.

How Will the NYC Energy Code be Upgraded?

The basis for upcoming versions of the NYC Energy Conservation Code is a voluntary code called NY Stretch-Energy, which is being developed by NYSERDA (NY State Energy Research and Development Authority). The 2019 and 2022 editions of the NYC energy code must have at least the same requirements of the statewide  stretch code. If the existing version of the stretch code is more than three years old when a new version of the NYC energy code is published, the requirement changes to increasing energy savings by at least 20% compared with the previous version.

Although the first version of the stretch code has not been completed, there is already substantial progress. Compared with the current NYC energy code, the stretch code being developed achieves between 9% and 13% energy savings.

After 2025, there will be an important change in how the NYC energy code applies for buildings larger than 25,000 square feet. The current version places many prescriptive requirements, where different building systems are required to meet specific measures. However, the energy code will transition to a performance-based approach, which does not impose specific requirements, but instead it establishes a specified energy consumption threshold for the whole building.

The performance-based energy code will require property owners to carry out energy modeling for the building in question, demonstrating that its performance level meets or exceeds the level required by the NYC Energy Code version applicable when the project is built. This approach will greatly simplify code compliance for larger buildings, where meeting a long list of prescriptive requirements can be extremely demanding. 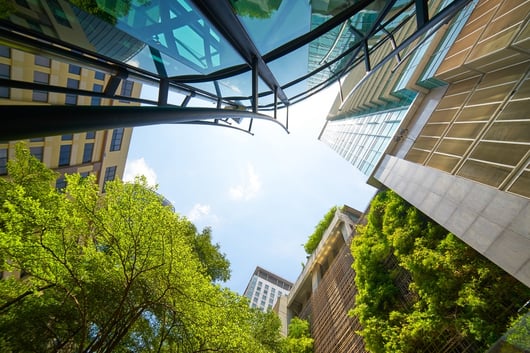 When the first version of the NYC Energy Conservation Code is published, Local Law 32 requires at least 30% energy savings compared with the current version. The only exception will be for buildings where that level of savings is considered unfeasible from the technical or financial standpoint, after a detailed analysis. However, there is also a limit to how demanding the performance-based energy code can be: it cannot be more stringent than the Passive House standard.

When Does the NYC Energy Code Affect Building Renovations?

According to Local Law 32, the energy code is applicable for building renovations that are considered a “substantial reconstruction”. This term is used to describe any project that involves alteration for at least 40% of the building envelope, and at least two of the following modifications within a 12-month period::

The construction industry in New York City is known for the demanding requirements imposed by codes and standards. However, although this makes projects more difficult from the technical standpoint, it also leads to improved safety for occupants and improved building performance. By working with qualified and licensed engineering consultants, you can ensure your property meets all required codes, including the effective version of the NYC Energy Conservation Code.

Energy grades are another upcoming requirement for NYC buildings. From 2020 onward, property owners will be required by law to disclose their energy grade, which goes from A to F and is based on the ENERGY STAR score of the building in question.