Power Bill Savings: 5 Ways to Achieve Them in Your Building

New York and New Jersey have some of the highest electricity tariffs in the country. Both states have kilowatt-hour prices well above the national average, and they are particularly high in New York City. When property owners want to reduce their power bills, the most common options are energy efficiency and on-site generation, but the list does not end there.

Energy savings and renewable generation are common knowledge among the general public, but the structure of electricity tariffs is rarely considered. Depending on how your power bill is calculated, there may be additional ways to trim down electricity expenses. Many electricity tariffs are double-edged: they allow significant savings if you manage your consumption actively, but you can also get hefty power bills if you are careless with electricity usage.

Reduce your building's electricity expenses with an energy audit.

There is an abundance of energy efficiency measures for buildings, and some are more effective than others depending on project conditions. However, they have a common goal: reducing the energy consumed by building systems without affecting their performance. Note that energy efficiency aims to reduce energy consumption in general, not only electricity usage. For example, many HVAC upgrades reduce electricity and gas bills simultaneously.

Lighting upgrades and automatic controls tend to have the quickest payback periods among energy efficiency measures. On the other hand, building envelope upgrades require the most time to recoup the initial investment, typically more than a decade. HVAC upgrades are more variable in terms of payback period, depending on building conditions before the project, but you can get a realistic estimate with an energy audit. 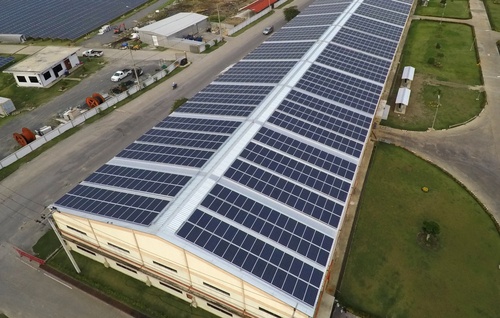 If your power meter measures less kilowatt-hours, you are charged less regardless of the method used. Energy efficiency accomplishes this, but generating your own kilowatt-hours has the same effect: the net consumption measured by the power meter decreases, even if internal usage stays the same.

Some examples of generation systems are gas-fired microturbines, fuel cells, solar photovoltaic arrays and wind turbines. Depending on project conditions, the business case will be better for some options, and others may not be cost-effective at all. For example, solar panels do not provide much electricity on a small rooftop that is shaded by taller buildings all day, but they are excellent in a large and unshaded warehouse rooftop.

Electricity prices are normally reported as a single value in cents/kWh, but this is not the case for all tariffs. If you are subject to time-of-day rates, the kilowatt-hour price changes throughout the day. Although the rules vary by utility company, they tend to follow the same pattern:

If your  power bill follows this structure, you can reduce expenses by moving loads away from peak hours, even if your total kWh consumption stays the same. Sometimes, the difference between peak and off-peak rates is drastic. Consider the tariff SC-1, Rate III, applied by Con Edison for many residential users in NYC:

Significant reductions in power bills are possible by simply moving loads away from peak demand hours. For example, a homeowner can avoid using the washing machine when peak rates apply.

Note that the values above are for energy only, and there is an additional delivery charge for transmission and distribution through the power grid. However, this does not affect the potential savings from scheduling of your loads during off-peak hours.

Large-scale electricity consumers can burden the power network if they consume electricity in sudden bursts. A demand peak from a large commercial or industrial user can take local grid capacity to the limit, even at times when the overall grid is not experiencing peak demand. To account for this, electric utility companies use capacity charges, which are based on the highest kilowatt peak during the billing period. Consider the following example, which applies for the Con Edison service area:

Capacity charges penalize peaks in consumption regardless of when they occur, while time-of-day rates only affect users with excessive consumption at hours when the grid is burdened.

Not all the electricity you draw from the grid is actually used. Some devices produce a fluctuating flow of electricity between themselves and the voltage supply, and this is called reactive power. Transformers and electric motors are some of the most common reactive loads.

Although reactive power is returned to the power grid, it congests power lines and causes losses due to the heating effect on conductors. To account for this, utility companies introduce power factor charges that are based on the ratio of real power (what you consume) and apparent power (what you apparently consume, based on current measured).

Power factor can be increased by installing capacitors of adequate rating. In simple terms, they have the opposite behavior as reactive loads, producing a fluctuating power flow of inverted magnitude. If you have a motor that consumes 100 kW of real power and 40 kVAR of reactive power, a 40 kVAR capacitor neutralizes the effect.

Saving electricity and producing your own electricity are surefire methods to reduce power bills. However, you can also take advantage of your tariff structure to reduce payments, even if your net energy consumption stays the same. Moving 10 kWh/day from peak to off-peak hours offers savings if you pay time-of-day rates, and splitting a 200-kW peak into two smaller 100-kW peaks offers savings if you pay capacity charges.

To identify the best opportunities to reduce power bills in a property, an energy audit from qualified engineering consultants is strongly recommended. That way, you will know exactly which measures to deploy and how they perform financially.