At the utility scale, solar farms and wind turbines can now produce electricity at a lower cost than coal, which offered the cheapest generation for decades. However, coal and other fossil fuels can deliver electricity on demand, while sunlight and wind are variable resources. This is the main reason why renewables alone cannot replace fossil fuels, even when their costs per kilowatt-hour are now lower.

Energy storage technologies can be combined with solar panels and wind turbines to compensate for their variable output. Lithium batteries in particular show promise, since they have a modular design that can adapt to every project scale (like solar panels). Currently, the main limitation of lithium batteries is their high upfront cost: most systems cost over $500/kWh, and this can exceed $1000/kWh in smaller installations.

The International Renewable Energy Agency (IRENA) had forecast that batteries could become up to 66% cheaper by 2030. However, on Tesla Battery Day 2020, Elon Musk announced a cost reduction of 56% for battery packs within three years. In addition, the investment required for manufacturing capacity will be reduced by 69%.

Get an energy audit for your building and find the best way to use renewable energy.

Electric vehicles will benefit greatly: Tesla announced that a $25,000 EV will be possible with the lower battery costs, and range will be increased by 54%. For comparison, the most affordable Tesla car is currently the Model 3, which starts at $39,990.

How Can Renewables and Affordable Batteries Work Together? 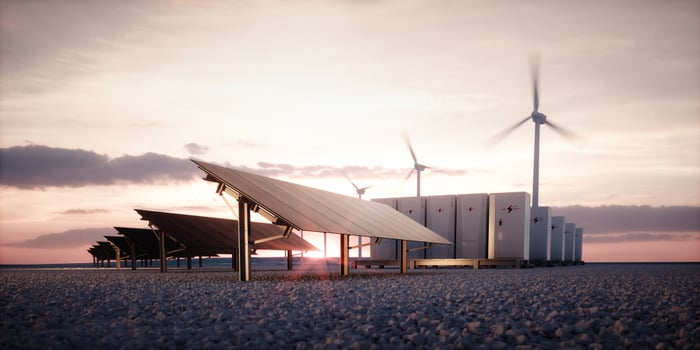 The number of viable projects for batteries increases if their costs are reduced. With a cost reduction of 56%, their payback period can be reduced roughly by half, while return on investment is doubled. An increased use of batteries also creates more demand for solar panels and wind turbines, since they produce low-cost electricity with a minimal carbon footprint.

Solar panels and wind turbines produce no emissions while operating. However, their carbon footprint is low even with the impact of mining, manufacturing, shipping and construction. A study by Nature Energy estimated total lifecycle emissions of 4g CO2 eq / kWh for wind power, and 6g CO2eq / kWh for solar power. For comparison, coal generation typically produces emissions over 1,000 g per kWh, while natural gas produces over 400 g per kWh.

When combined with renewable generation, affordable batteries can offer several benefits for homes and businesses:

The potential value of batteries has been demonstrated in South Australia, where a 100 MW and 129,000 kWh battery has been used for grid stabilization since December 2017. The system cost AU$90 million (US$ 63.5 million), but it had achieved AU$24 million (US$16.9 million) in profits  after the first year of operation. This results in a simple payback period below four years, with a ROI above 26%. 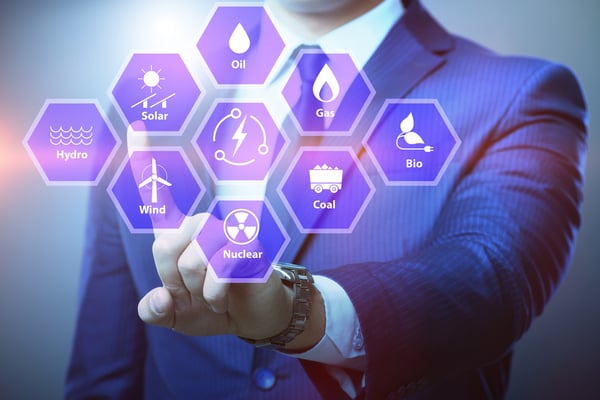 Electric vehicles also have the potential to be used as a distributed energy resource. Each EV carries a high-performance battery, which could be connected to a VPP when the vehicle is parked and plugged. This is still an experimental concept, but it could expand the total storage capacity connected to the grid in residential, commercial and industrial buildings.

Renewable energy and batteries can also be combined into microgrids in large facilities with several buildings. A microgrid uses generation and storage resources, connected by a small-scale power grid that is owned by the same facility. This microgrid can connect to the local power company to purchase electricity, but it can also operate by itself.

Low-cost batteries can make buildings less dependent on the power grid, while reducing their energy costs and carbon emissions. They can also be used in microgrid and virtual power plant projects, where they complement renewable generation. Battery systems can also help building owners who are subject to emissions reduction targets, such as the NYC Green New Deal, which mandates emission cuts starting from 2024.