Which Is the Best Piping Material for Plumbing Installations

The pipes used for plumbing installations in homes and businesses can be manufactured from many different materials. Like in any engineering decisions, the best option changes depending on the application and project conditions. Also, each material has advantages and limitations.

The most common piping materials used for plumbing are copper, PVC, CPVC and PEX. This article will provide an overview of these four materials, and others that may be found in the construction industry.

Get a professional plumbing design for your next construction project.

Regardless of the piping material used, you can reduce project costs by optimizing the plumbing system layout. This will reduce the total piping length required, along with fittings and labor costs. Building Information Modeling can help you optimize plumbing installations and other MEP systems. 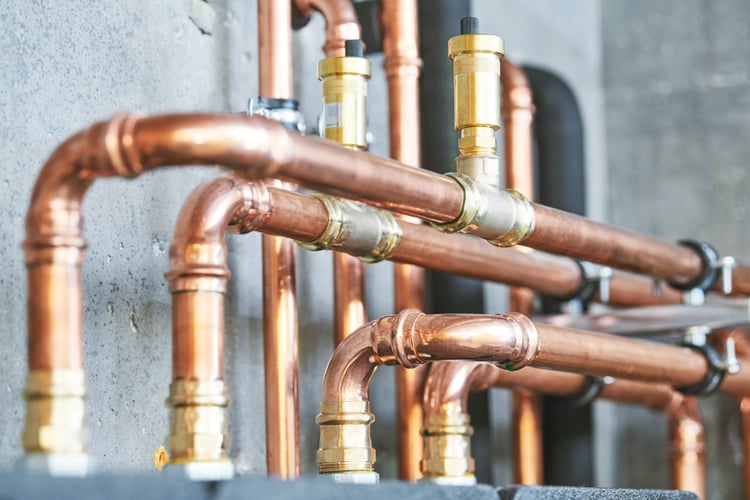 Copper is very durable, and it has been the traditional plumbing material since the 1960s. Other materials have been introduced since then, but copper is still one of the best options. The main drawback of copper piping is its high price, and it requires soldering and additional fittings. Given its value, copper piping is tempting for thieves when exposed. 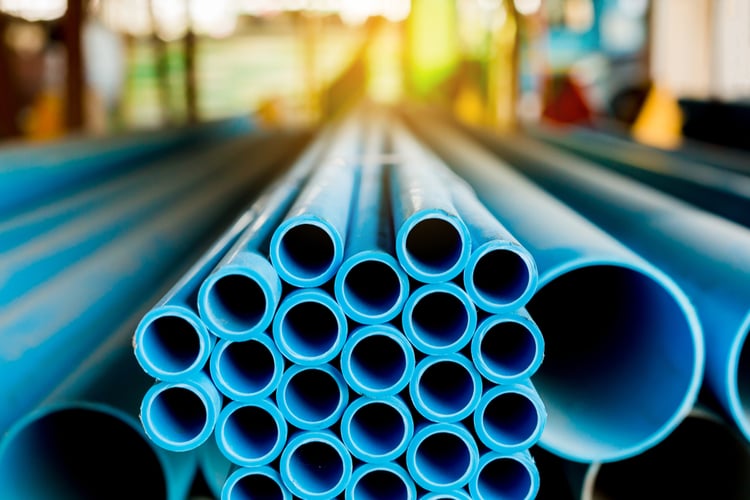 PVC is a plastic material that is commonly used in plumbing, and it comes in two sizes: Schedule 40 and Schedule 80.

The American National Standards Institute (ANSI) provides tables that standardize the outside diameter of PVC piping. The following table summarizes the pros and cons of PVC as a piping material. 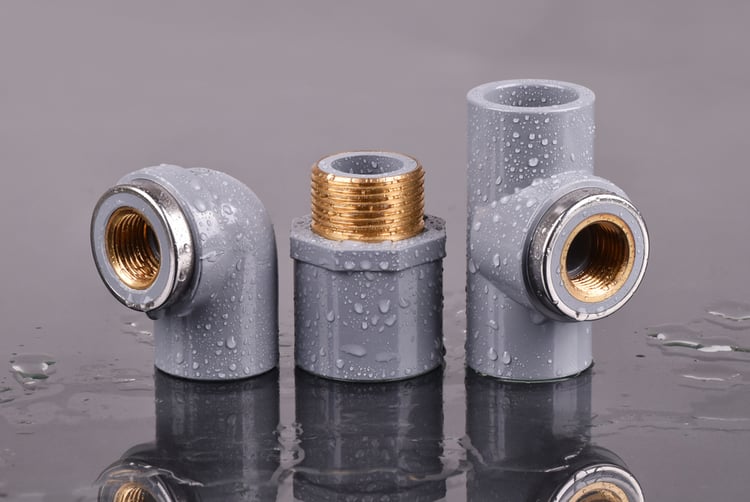 As implied by its name, CPVC is PVC piping with a higher chlorine content. CPVC is suitable for hot water and drinking water, unlike normal PVC. Compared with copper, CPVC pipes are smoother, and they produce less noise when water flows through.  CPVC piping is also insulated to prevent energy loss, more flexible than metallic piping, and fire resistant. 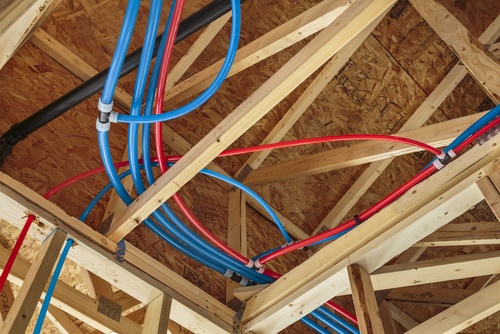 PEX pipes are considered one of the biggest innovations in plumbing. PEX is an extremely flexible pipe similar to a hose, which can bend around edges and obstructions. In addition, it uses compression fittings and does not require glue.

PEX can easily be used with existing piping, including copper, making it great for reparations and retrofits. While PEX has a higher cost than PVC, installation costs are lower and maintenance is minimal. PEX pipes and fittings have been used for over 30 years, but they gained popularity after 2010.

Due to its versatility, PEX piping is commonly used in retrofits and renovations. PEX is also used in areas with low ventilation, where joining pipes with glue can be dangerous. The material is suitable for hot and cold water supplies.

The four piping materials described above are the most widely used in plumbing systems, but they are not the only options. The following are some examples of materials that are less popular or no longer used. 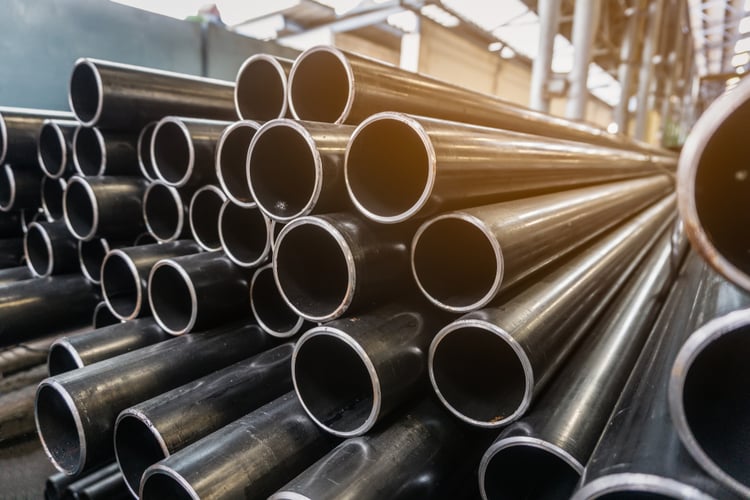 This materials was popular in the past, but no longer used due to its negative effects:

Galvanized steel is also a heavy material, which limits its applications in plumbing. These pipes were commonly used in greywater and non-potable water drains.

Stainless steel pipes are durable but very expensive, even more than copper pipes. They are used in areas prone to corrosion, such as coastal environments. This material offers the following advantages:

Cast iron pipes are usually manufactured as a bell and spigot type, and they are the heaviest of all plumbing pipes. They are very durable, and allow the use of PVC to replace parts of a cast iron piping system. However, cast iron pipes are very heavy, and require additional supports during installation.

Some common applications of cast iron pipes are water distribution systems and underground installations, such as the main pipes on drainage and sewer systems.

This plumbing material is inexpensive and easy to install, but prone to leaks.

HDPE is a flexible material that offers corrosion resistance and a long service. However, this comes with a price, and HDPE is more expensive than PVC.

Brass has been used in plumbing installations for a long time, even before copper. When using this material, a critical requirement is ensuring that the alloy does not contain lead. Red brass pipe is considered the best option, since it contains a high amount of copper. 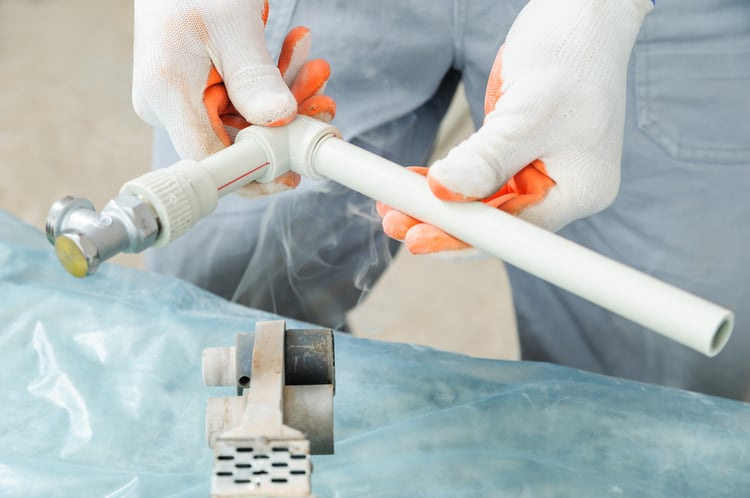 Polypropylene pipes are rigid plastic pipes, similar to CPVC. However, they are not joined with chemicals, and instead heat is used to adhere mating ends.

PP piping is commonly used in hot and cold water supplies, and drains.

With the wide variety of piping materials available, choosing the right plumbing pipe for a project can be a challenging decision. The best recommendation is getting in touch with professional plumbing engineers, and learning about each material available and its features. This way, you can make sure that your plumbing installation uses the most suitable material for your project conditions and budget.

Meet building codes and save on water bills with a professional plumbing design. Nearby EngineersNew York Engineers has an 80% first-time design approval rate - write at info@ny-engineers.com or dial (786) 788-0295212-575-5300.

Is MIG Welding Easier Than Stick? Find Out Here