EFFECTIVE MANAGEMENT OF PANEL BOARD SCHEDULES

Panel board schedules ease the job of engineers and electrical designers. The layout enables them to assess and analyze the load distributions and schedules effectively to improve performance.

Our design engineers can develop a tailor-made power panel design according to the specific needs of the clients.

Regardless of the design, safety is one of the top priorities for our engineers and it is the core of our business perspective.

The designs we create keep the cost at a minimum and also improve the electrical efficiency of your site.

Purpose of panel board schedules 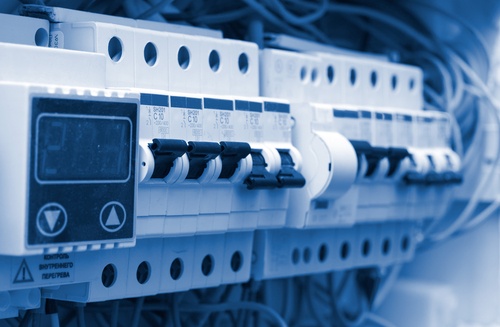 Panelboard schedules are critical for designing various projects and determining the amount of power required for installing and operating them. These schedules generate information that electrical engineers use to size conduits, conductors and control systems.

The schedules are crucial for assessing adequate overload and placing various other protection systems. Our professionals develop the load schedules during the installation design stage and they design it using different calculations. Moreover, our experts do this with the future in mind and they always keep some room for some projectable additional load.

Benefits of Custom-made Panel Board Schedule

There are multiple benefits to designing panel board schedules. Some of them are listed as follows:

Steps involved in preparing the panel board schedule

There are different steps involved in the preparation of panel board schedules. These steps are provided below:

What process and non-process loads?

These are the electrical loads supplied to the installation using the power system and are influenced by load schedule.

These loads are directly related or relevant to the building or facility. Conveyors, heaters, compressors, motors are all process loads. You can find these loads on lists of mechanical equipment or diagrams of process and instrumentation.

These are auxiliary loads required to run the building or facility. HVAC, lighting, control systems, utility systems, and fire safety are all non-process loads.

What are electrical load parameters?

These parameters are required to design the panel board schedule and are listed below,

It is the maximum power output (continuous of a load. For instance, for motors, the rated power depends on the size of the motor and is expressed in kilowatts such as 37kW or 83kW etc.

It is the estimated power that a load will draw. Most of the loads will run at a point lower than their rated capacity. Where there is no information available on absorbed load then the load factor is considered to be ranging from 0.8 to 0.9.

It is necessary to assess the reactive portions of the panel board schedule. Where information on power factor is not available then estimates are used. The estimate for motor loads is 0.85 while that for heaters is 1.0 and 0.8 for other loads.

It determines the losses during the conversions of electrical energy into mechanical energy. Where information on efficiency is not available then estimates ranging between 0.8 and 1.0 are taken.

After identification of loads, classification is the next step based on the following factors,

Our engineers will use load duty to classify as standby, intermittent and continuous loads. The time duration considered for this purpose is 24 hours.

Our engineers understand the necessity to acquire the data regarding design, operating and peak loads for all circuits. All these circuits provide information on the overall load required for the system.

They’ll prepare different load schedules for finding out the design, operating and peak loads for different load classes including non-process and process loads. This scheduling also enables our experts to assess the loads during continuous, intermittent or standby modes. Moreover, these schedules are essential for various circumstances when all critical loads are operating at their peak.

The experts can assess various other schemes for different conditions to find out the amount of power needed to fulfill a range of installation requirements. For instance, evaluating peak critical load is important for an airport, a medical facility or similar situations. Evaluating this assists our engineers to choose the adequate UPS or backup generator.

New York Engineers make sure our clients get the best of the services we offer. Our engineers make sure the panel board schedules they design deliver maximum value by reducing errors first hand. It is only possible due to the years of experience that our professionals have at their disposal. For a free of the cost estimate, you can reach out to use today!