The normal operating mode of large power systems has been to adjust generation according to demand. The output of power plants is increased when buildings are consuming a lot of electricity, and decreased when demand is low. However, since buildings now have access to on-site generation and energy storage, they can shape their energy demand. The concept is called demand-side management (DSM) or demand-side response (DSR), and it brings benefits for both electricity consumers and the power companies serving them.

Electricity grids normally experience their highest demand during the evening, when the population is returning home and switching on all types of appliances. On the other hand, the lowest demand is present after midnight, when most of the population is asleep. Drastic peaks in demand lead to higher kilowatt-hour prices, for several reasons:

Uncontrolled peaks in demand bring higher operating costs for power companies, and higher electricity tariffs for consumers. However, if buildings can shape their demand, all parties involved in the power sector achieve savings.

How to Control the Power Demand of a Building

Unlike homes, which are normally billed only for energy consumption (kWh), commercial and industrial properties pay for both energy (kWh) and maximum demand (kW). This allows a reduction of power bills by trimming demand, even total energy consumption does not change. There are many ways to reduce the electricity demand measured by the building’s power meter:

A combination of the methods above can achieve a significant reduction of a building’s peak demand. The cumulative effect of DSM of many properties can shed several megawatts from the total network load.

Demand management measures must be configured so they will not produce a demand peak at another time of the day. Buildings with demand charges are billed regardless of when the peak occurs, even if it happens after midnight when the grid is not burdened. 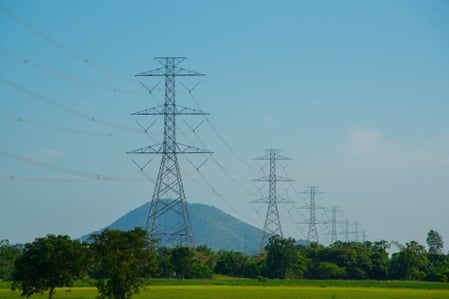 As discussed above, DSM can reduce electricity bills for buildings subject to demand charges. DSM measures can also reduce power bills for clients with time-of-use electricity rates, by lowering net consumption when the highest kWh prices are applied.

The benefits of DSM go beyond power bill savings, and the following are some examples:

In a few words, DSM improves the overall operation of electricity networks. Grid operators from around the world are creating DSM incentive programs as an alternative to expensive grid upgrades. For example, if the overall demand of an urban area is lowered by 10 MW, the effect is similar to adding 10 MW of distribution capacity.

Energy consultants can analyze the power bills of a building, proposing viable upgrades to reduce electricity expenses. To enhance the effect of DSM, it can be combined with energy efficiency and on-site generation. This leads to a building that consumes as little electricity as possible, while having a local power source and smart energy management with DSM.

How Energy Efficiency Can Reduce the Cost of COVID-19 Prevention