Electricity and gas bills are among the largest operating expenses in buildings, especially if the installations are old and their maintenance has been deficient. Energy efficiency measures are excellent building upgrades from a financial standpoint, but their estimated savings are not accurate. Energy modeling is a powerful tool in these cases, since building owners can quickly compare the effectiveness of many potential upgrades.

Find the best energy efficiency measures for your building project with energy modeling.

The usefulness of energy modeling increases along with the scale and complexity of the project, since more capital is involved. In minor upgrades with small costs and small energy savings, the cost of creating a full energy model of the building may not be justified. However, energy modeling itself can be considered an investment in larger projects, since it makes sure that capital is used effectively.

Energy Modeling as a Decision-Making Tool

Energy modeling is a very useful tool when comparing many design options: once the building model is created, you can simulate several scenarios in a matter of hours. Completing a similar analysis with manual calculations and spreadsheets would require an excessive amount of time.

Energy modeling can also be used to analyze how different energy efficiency measures interact. For example, if the lighting system is upgraded to LED, the energy model will simulate how the air conditioning system responds to the reduced heat output of LED lighting. 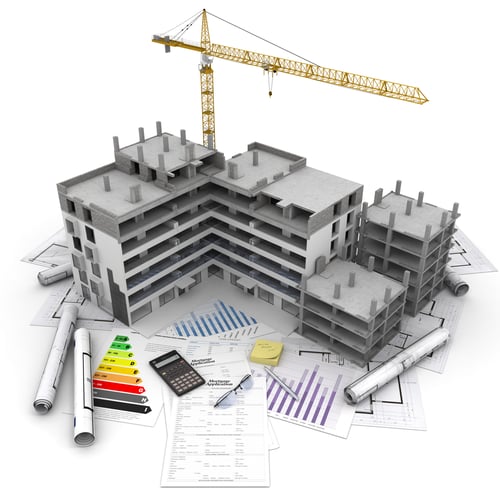 When energy modeling is used in the design stage of a new construction or major renovation, MEP engineers can also optimize the upfront cost. Energy efficiency measures that are not effective can be discarded, and those with a high return per dollar invested can be prioritized.

Energy modeling can also be used for code compliance, speeding up the project approval with local authorities. For example, the NYC energy code provides a long list of prescriptive measures for building projects. However, if developers can demonstrate performance with energy modeling instead, the prescriptive requirements can be avoided.

The applications of energy modeling go beyond comparing several design options for new constructions. An energy model is also a useful tool when retrofitting an existing building:

Also known as the Climate Mobilization Act, the NYC Green New Deal is a major technical challenge for the NYC building sector, since it mandates significant emissions cuts starting from 2024. Energy modeling can help building owners meet these targets more efficiently, by finding the optimal combination of upgrades for each building.

Energy modeling can also be used to compare the emissions of several building upgrade options. Since energy consumption is calculated for each option, it is just a matter of adding the emissions intensity of each source to the energy model.