- LED upgrades are relatively simple projects with a quick payback period, and they can be considered “low hanging fruit” when improving building efficiency.

- NYC buildings that are subject to Local Law 97 reduce their emissions by 289 kg for every 1,000 kWh saved with LED lighting.

LED lighting is one of the most common suggestions in building energy audits. The upgrade can be completed with relative ease, compared with other energy efficiency measures, and its payback period is often less than three years. In NYC buildings, an LED upgrade is also a great starting point to meet the emissions reduction law (Local Law 97 of 2019).

The advantages of LED lighting include superior energy efficiency, a longer service life, and removing mercury from your lighting system. After LL97 comes into effect in 2024, LEDs will also help buildings reduce their emissions associated with electricity consumption. Consider that lighting represents 12% of commercial power consumption, according to the US EIA.

Planning an LED retrofit? Get a professional electrical design.

An LED upgrade offers an even shorter payback period in buildings that operate 24/7, especially when it replaces inefficient HID lamps or older fluorescent tubes. When LED lighting is used in air conditioned spaces or cold storage facilities, it also saves on cooling costs thanks to its reduced heat emission.

How Much Can Buildings Reduce Emissions with LED Lighting? 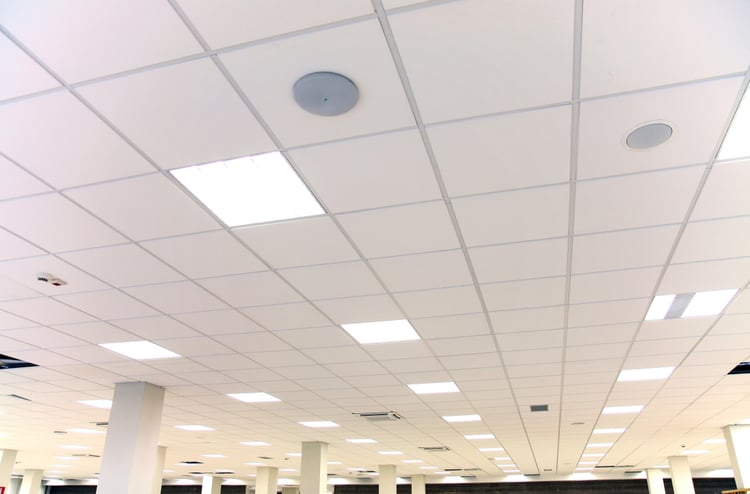 HVAC installations account for over 50% of energy consumption in many commercial buildings. However, lighting loads are also significant, and they represent over 20% of consumption in some properties.

Building emissions are often associated with combustion-based heating systems, since they burn fossil fuels locally. However, consider that fossil fuels still produce around 60% of electricity in the US, while renewables and nuclear power are tied at around 20% each.

The exact emissions from your lighting system will depend on the number of fixtures, and also their type and operating schedule. Consider that Local Law 97 uses an emissions factor of 0.000288962 metric tons of CO2-equivalent per kWh. In other words, every kWh consumed by your building releases 289 g of emissions into the atmosphere, unless the electricity was produced locally with a clean generation technology.

Estimating the Emissions of a Lighting System 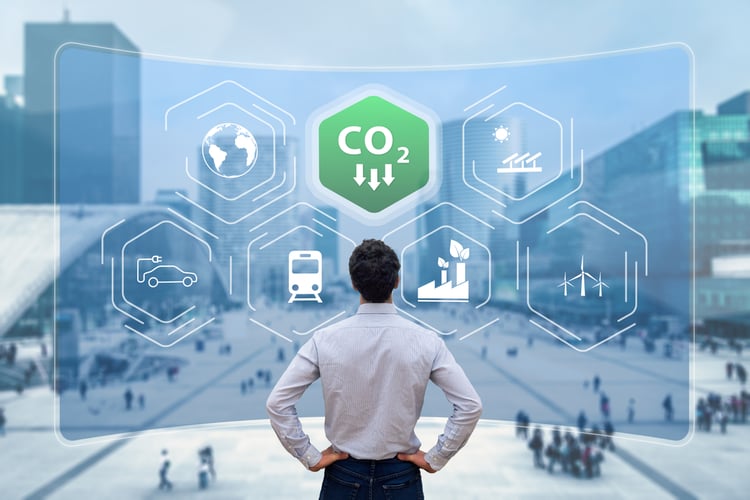 We can use a simplified example to demonstrate how lighting systems can impact building emissions. Assume that an office building uses 1,000 fluorescent lighting fixtures that consume 96W each, operating for 300 hours per month. This results in a total lighting power of 96kW, and a consumption of 345,600 kWh per year. Based on the LL97 emissions factor for electricity, the lighting system of this building is producing 99.87  tCO2-e per year.

If the 1,000 fluorescent fixtures are replaced with equivalent 40W LEDs, the total lighting power is reduced to 40 kW, and annual electricity consumption drops to 144,000 kWh. The corresponding emissions are reduced to 41.61 tCO2-e per year.

Consider that this lighting system is also saving 210,600 kWh per year. Assuming an electricity tariff of 20 cents/kWh, this represents $40,320 in annual savings. Add the avoided emissions and the power bill savings, and the total economic benefit is $55,934 per year.

To summarize, LED lighting can avoid significant penalties in large buildings. Also, the combination of power bill savings and avoided LL97 penalties improves the business case for an LED upgrade. 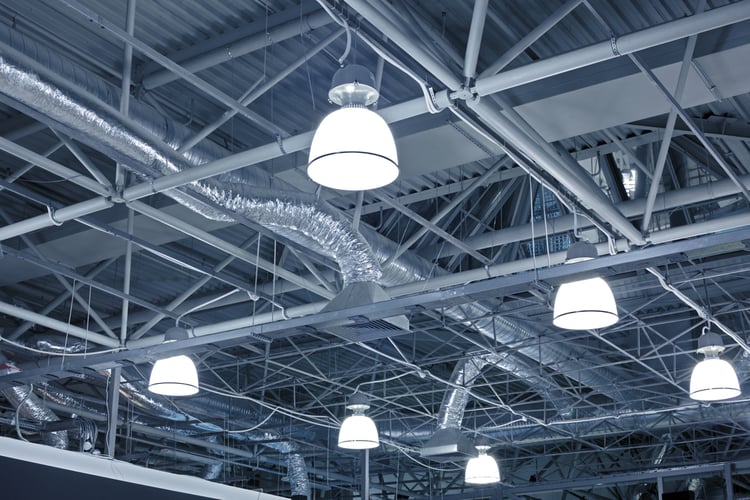 LED lighting is among the quickest energy efficiency measures that can help your building avoid penalties under Local Law 97 of 2019. However, at the same time you’re meeting a key requirement of Local Law 88 of 2009!

In particular, LL88 requires non-residential buildings to upgrade their lighting systems by 2025, and the new system must be compliant with the latest version of the NYC energy code. Since LED lighting offers superior efficiency, it meets LL88/2009 while helping you reach the emissions reduction target of LL97/2019.

The Best Ways to Stay Afloat