- Solar battery systems use a free energy input, and solar panels also reduce power bills during normal building operation. With this option, the main drawback is the high cost of batteries.

- Diesel generators are the most common backup power systems, characterized by their reliability. However, you must schedule diesel deliveries regularly, and operating costs are high.

- Gas microturbines use the local natural gas service, and you don’t have to worry about running out of diesel. Their main limitation is not being able to store natural gas locally.

- Solar batteries can operate with zero emissions, while diesel gensets and gas microturbines depend on fossil fuel combustion.

A backup power supply is very important for buildings, especially during extended blackouts and other emergencies. Traditionally, backup power has been provided by diesel generators, but natural gas microturbines and solar-powered battery systems are also viable. Like in any engineering decision, each option has advantages and limitations.

Get a reliable backup power system design for your building project.

Regardless of how your building is powered during emergencies, a professional design ensures a reliable backup power system, while meeting building codes. In this article, we will provide an overview of the three options mentioned above. 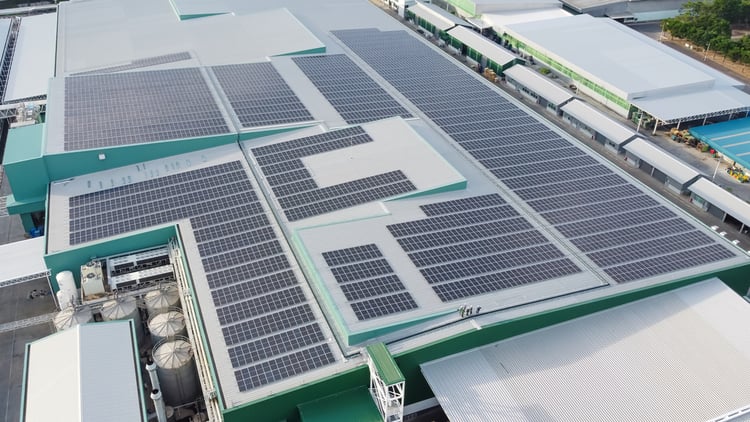 Solar power is America’s fastest growing electricity source, and the total installed capacity in the country surpassed 100 gigawatts during the first months of 2021. Solar panels become even more useful when combined with battery systems - their electricity can be used at any time, and not only when there is sunshine available. Batteries can also be used for backup power, something that is not possible with solar panels alone.

A key advantage of a solar battery system is not requiring any external fuel inputs, while diesel must be delivered by truck, and natural gas must be provided as a utility service. Also, backup generators fired by fossil fuels don’t perform any functions when the building operates normally, while a solar power system is constantly reducing your electricity bills.

The US offers a federal tax credit for solar power systems, which is currently set at 26% until the end of 2022. However, the tax credit also covers solar powered battery systems, as long as they meet the following condition:

A solar power system with batteries also operates with zero emissions, while diesel generators and gas microturbines release greenhouse gases when being used. Going solar is especially helpful for NYC buildings covered by Local Law 97 of 2019 - the law applies emission limits starting from 2024, penalizing buildings owners who exceed them. 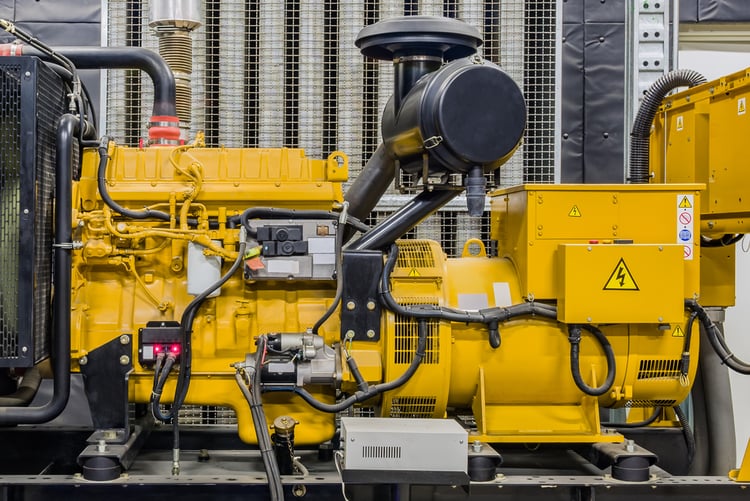 Diesel generators have been field-proven as backup power systems, and their reliability has been tested in remote sites like mines and oilfields. Diesel generators are also accepted by the vast majority of building codes, while battery systems and gas microturbines often face limitations.

Using diesel also brings a logistical challenge, since the fuel can only be delivered by truck. This can become an issue if transportation is disrupted during long emergencies, such as extreme weather events. If diesel deliveries cannot reach a building, it will soon be left without backup power. 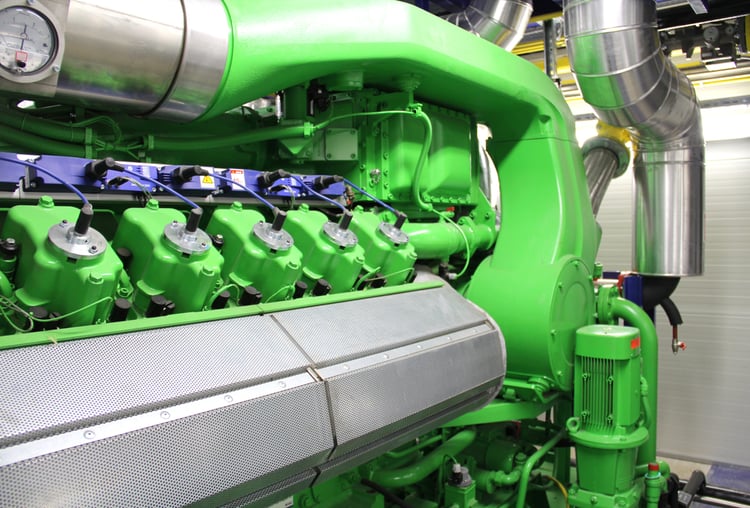 Unlike diesel, which arrives by truck, natural gas uses an underground piping network to reach buildings. As a result, the fuel supply for natural gas generators is much less likely to be interrupted, and building owners don’t have to worry about keeping a tank full and scheduling deliveries.

Natural gas produces emissions like any fossil fuel, but its CO2 emissions per BTU are lower than those of diesel by around 27%. Microturbines can also achieve a lower operating cost than diesel genset, making them a less polluting source of backup power that is also less expensive to run.

However, gas microturbines also have their limitations. Assuming the same capacity, they are more expensive than diesel generators. Also, their use as emergency power systems may be limited by building codes that require onsite fuel storage.

Solar batteries, diesel generators and natural gas microturbines can all provide backup power for buildings. However, understanding the pros and cons of each system is very important. Diesel generators are a tried-and-true option to meet the emergency power requirements of most building codes, but gas microturbines and solar batteries can be used for other purposes beyond backup power.

How to Get the Federal Tax Credit for Solar Batteries