The first electric companies were vertically integrated, with control over the entire supply chain: generation, transmission, distribution and billing. In modern power grids, these functions are divided among different companies, with slight differences between regions and countries. By understanding how power grids work, building owners gain insight on how to reduce electricity bills, while making their power supply more reliable.

In modern power grids, electricity is produced by generating companies who compete in a wholesale market. This electricity is purchased by energy retailers, who then sell electricity plans to residential and commercial consumers. There  are also transmission and distribution companies, who are responsible for keeping the grid operational. When you are billed for electricity, the kilowatt-hour price includes all the costs in the process, plus the profits of the companies involved.

As mentioned above, there are slight differences between states, regions and countries - not all states have a competitive electric sector. However, when customers can choose their electricity plan, energy retailers must compete to offer the best tariffs. This offers more options for consumers, and the potential to reduce power bills by switching plans or providers.

The electricity consumption of homes and businesses is constantly changing, and power grids have a variable workload as a result. Electricity consumption normally reaches its lowest point in the hours after midnight, since most businesses are closed and the population is asleep. On the other hand, power grids normally reach their peak demand in the evening:

Peak demand is currently one of the main technical challenges for power grid operators. They must keep enough generating capacity on standby, and the network must have enough transmission and distribution capacity to deliver all the electricity needed. Power grids with sharp peaks in demand are the most expensive to operate, since there is plenty of idle capacity at all other hours. Power stations, transmission lines, distribution networks and transformers have fixed costs, even when their full capacity is only used a few hours each day.

As solar panels and wind turbines became more affordable, they added variability to power generation as well. Solar panels and wind turbines produce clean electricity at a low cost, but they have one major limitation: they cannot generate electric power on demand, since sunlight and wind cannot be controlled. As a result, power systems with a large share of solar and wind power must respond to sudden variations in both supply and demand.

Natural gas turbines and hydroelectric turbines have a very quick response, and they can ramp up generation when there is a sudden increase in consumption. Therefore, these generation technologies are the most common solution to meet peak demand. However, hydroelectricity is only viable with certain site conditions, and getting project permits is a challenge due to the initial environmental impact. For these reasons, natural gas is the only viable option to meet peak demand in many power grids. 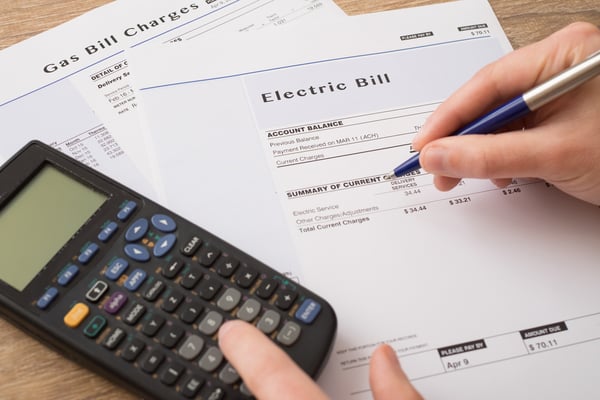 Since electricity grids become more expensive to operate during peak demand hours, many power companies charge higher kWh prices at this time of the day. To compensate for this, lower kWh prices are prices when demand reaches its lowest point. This incentives electricity consumption when the grid is lightly loaded, while promoting energy savings during peak demand hours.

Energy storage systems in buildings are a promising technology: they can be configured to provide power during peak demand hours, decreasing the total load on the grid. For example, if 100 buildings with energy storage can cut demand by 25 kW each, the total demand on the grid drops by 2.5 megawatts. At the same time, building owners can reduce their power bills by consuming less kilowatt-hours when they are more expensive.

The concept of energy storage is normally associated with batteries, but thermal methods are also viable. For example, hot water can be stored for direct use or for space heating with fan coils. Following a similar approach, chiller plants can be equipped with ice storage tanks, which can be used later for air conditioning.