What Is Happening to US Solar Imports in 2022?

- US solar installations broke records in 2021 with 23.6 GW, but they have slowed down in 2022. The main factor affecting the solar industry is import tariff risk.

- The US Department of Commerce is investigating tariff circumvention in four Asian countries that provide 80% of solar imports: Cambodia, Malaysia, Thailand and Vietnam.

- A California-based solar manufacturer submitted a petition, alleging that Chinese manufacturers had set up operations in these countries to avoid tariffs. This could lead to new duties of up to 250%.

- There has been some relief, after the Biden Administration announced a two-year delay for new anti-dumping and countervailing duties. However, the uncertainty around the investigation affected 12 GW of projects.

- In spite of these issues, solar power remains the fastest growing generation technology in the US, representing 50% of capacity additions during Q1 2022.

- Residential solar power had a record-breaking quarter, with 1,247 MW installed. This market segment is much less dependent on imports.

The US solar industry had a slow start in 2022, compared with the record-breaking figures of 2021. According to the latest quarterly report from the Solar Energy Industries Association, the US installed 3.9 GW during Q1 2022. This represents a 50% drop from the 7.8 GW deployed during the last quarter of 2021. In great part, the slowdown can be attributed to an import tariff investigation carried out by the US Department of Commerce.

A solar manufacturer from California submitted a petition against import tariff circumvention in four Asian countries: Cambodia, Malaysia, Thailand and Vietnam. According to the petition, major manufacturers from China were producing solar cells and modules in these countries to avoid anti-dumping and countervailing duties (AD/CVD). These tariffs normally apply for solar components imported directly from China, and they were originally created to protect US-based manufacturers from unfair price competition (dumping and countervailing):

The US was importing around 80% of its solar panels from the four countries mentioned above when the petition was filed, and AD/CVD tariffs could now apply to them as well. According to the latest SEIA report, these tariffs could reach a value of 250% in some cases.

Get a professional solar PV system design and reduce your electricity bills.

How Does the Import Tariff Investigation Affect Solar Power? 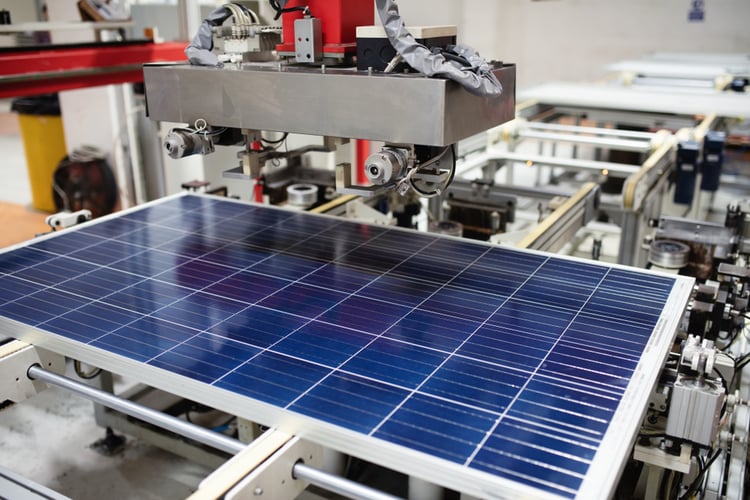 Facing potentially high AD/CVD tariffs, many solar developers in the US decided to halt their projects and PV module shipments. The SEIA and Wood Mackenzie have estimated that the anti-circumvention investigation delayed 12 gigawatts of solar capacity, and they have adjusted their growth predictions for 2022.

The Biden Administration then announced a two-year delay for all AD/CVD tariffs for solar cells and modules from the four Asian countries in question (Cambodia, Malaysia, Thailand and Vietnam). However, the US solar industry had already suffered a major impact, due to the uncertainty caused by the DOC investigation.

Generally, the AD/CVD tariffs range from around 10% to 100% depending on the product. However, this is only true for manufacturers that meet all the following conditions:

If a solar manufacturer does not meet these conditions, the AD/CVD tariffs can become much higher, reaching values of up to 250%. There was also uncertainty that the tariffs could be applied retroactively, and many US solar developers simply decided to stop their imports and projects, fearing a hefty tariff on their photovoltaic components.

In spite of the hardships affecting the industry, solar power still has the fastest growth among all generation technologies in the US. Photovoltaic systems accounted for 50% of all the new generation capacity added during the first quarter of 2022.

Since residential solar systems are much smaller than utility-scale projects, they don’t depend on large shipments of PV modules. Currently, the US has a solar panel manufacturing capacity of 11 GW. This is not enough to keep up with the demand of the utility-scale market, but more than enough to serve the residential market.

Distributed solar systems also work under different financial conditions, compared with utility-scale projects. When used in homes and commercial buildings, solar panels save electricity at the retail price. On the other hand, utility-scale solar farms must compete at wholesale prices, which are much lower. For this reason, solar arrays used by homes and businesses can tolerate higher module prices, and still remain as a viable investment.