Lighting design is very important in construction projects, and the best results are achieved by using detailed lighting calculations instead of “rules of thumb”.  Compared with other components like HVAC equipment and plumbing fixtures, the lighting system is special - there is a subjective and artistic factor involved. Lighting designs must provide enough visibility, but they also set the ambience of built environments.

LED lighting is frequently recommended by energy consultants. The payback period is typically less than three years, and leading manufacturers offer a five-year warranty. Since the upfront cost is recovered during the warranty period, LED lighting is a very safe investment.

Get an LED lighting design for your next building project, and save on electricity bills.

Effective communication is important in any design, and this is only possible if everyone is familiarized with key technical concepts. This article will provide an overview of the main terms used when specifying a lighting system. 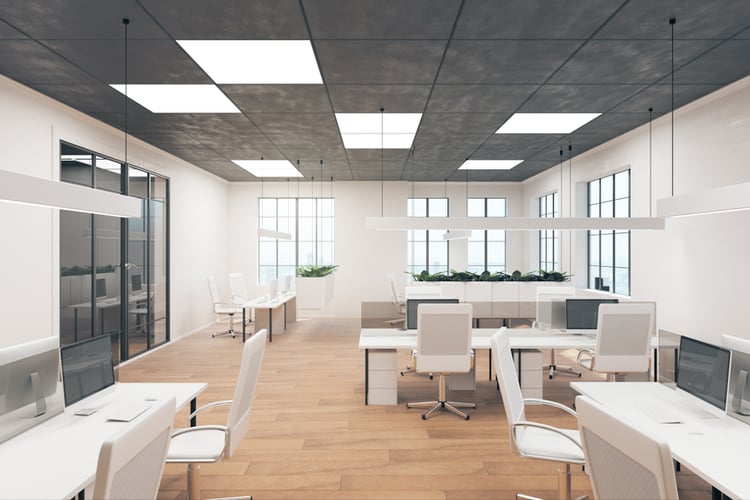 Just like electric current is measured in amperes, and water volume is measured in gallons, the light output of a lamp is measured in lumens. Watts are often used to describe lamp brightness, but this is an incorrect practice that causes confusion:

A common misconception about LED lighting is that you end up with a darker room due to the lower wattage. However, this comes from the old practice of describing brightness with watts, when the correct unit is the lumen.

The concept of luminous efficacy describes how well a lamp converts watts into lumens, similar to the gas mileage (MPG) of a car. If the three light bulbs described above produce 900 lumens each, their luminous efficacy values are the following:

Just like a car with a high MPG has a lower fuel cost per mile, a light source that produces many lumens per watt has a lower energy cost. From a financial standpoint, LED upgrades are among the best energy efficiency measures for buildings.

Lumens are useful when describing the output of lamps. However, a different measurement unit is used to describe the lighting needed by a specific area. For example, 10,000 lumens are more than enough light for a small office, but their effect is barely noticeable in a large warehouse.  The concept of illuminance is used to describe the required lighting in built environments.

Illuminance: Lumens per Unit of Area 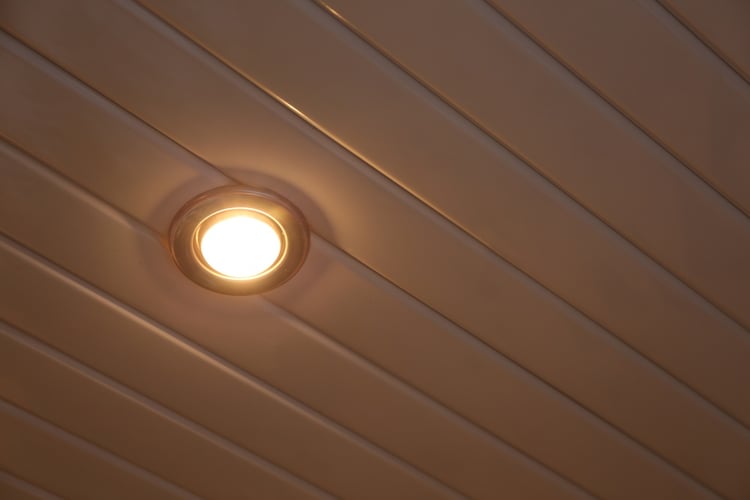 The lighting needs a given occupancy are described with an illuminance value, which is unaffected by size. There are two common measurement units for illuminance:

Since illuminance is specified per unit of area, room size does not matter - an illuminance of 50 fc has the same meaning for 500 sq. ft. and 2500 sq. ft. offices. The difference is that the larger office needs more fixtures to reach 50 fc. The IESNA Lighting Handbook provides illuminance design values for each occupancy classification.

In actual lighting designs, illuminance varies due to the spacing of fixtures and their beam shapes. However, slight variations are acceptable, unless some areas are too dark or too bright. Illuminance is determined not only by the lighting distribution, but also by room features like ceiling height and surface colors. Manual lighting calculations are complex, but the process is automated with software in modern designs.

Photometry: What is the Beam Shape of Lamps?

Light beam shape is another important aspect considered by lighting designers. For example, spotlights concentrate their output into a narrow beam facing downwards, while troffers spread their output over the largest possible area for uniform lighting.

The beam shape of a lamp is three-dimensional, and it can be simulated by lighting design software. Lighting cut sheets describe the beam with 2D shapes, parallel and perpendicular to the lamp, since a 3D beam cannot be represented fully. However, the product models used for software have the full beam simulated in 3D.

Two metrics are used to describe the color performance of lighting - one for the light source, and another for the objects it illuminates. 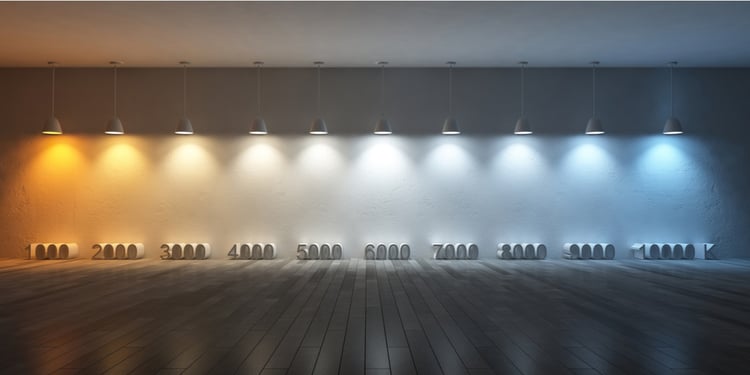 Objects glow in a characteristic color depending on their temperature, and this is why lava from a volcano looks red. The same principle applies to stars, where a yellow star like the Sun is hotter than a red star, and a blue star is hotter than a yellow one. In physics, this behavior is described with an abstract concept called a “black body”, which is an object that only emits light when heated, and each temperature matches a specific color.

Lamps are not actually heated to the correlated color temperature, but it is a convenient way to assign a number to their color. If a lamp has a CCT of 4000K, it glows with the same color as a “black body” at 4000K, but the light source itself does not reach that temperature. In most residential and commercial buildings, the CCT ranges from 2700K (yellowish-white) to 6500K (bluish-white).

The optimal lighting color depends on personal preferences, but the following principles apply for most lighting designs:

Effect of the Light Source on Objects and Surfaces

Even if two lamps have the same CCT, their lighting quality may differ depending on their color rendering index. A CRI of 100 means the light source is as good as sunlight.

The minimum CRI for an ENERGY STAR lamp is 80, which means you should look for labeled lamps to get high-quality lighting. The label also means a lighting product is reliable, since it has passed rigorous laboratory tests.

When dealing with LED bulbs, a higher CRI normally comes with a higher price tag. However, there are places where the CRI metric is very important, such as art galleries and shopping mall stores.

LED upgrades can reduce lighting costs by 30-90% in most cases, depending on which lamp types are replaced. In spaces with air conditioning, the reduced heat output of LEDs also results in minor cooling savings.

It can be tempting to simply replace the existing lamps with the most efficient LEDs available, but lighting design should not be overlooked. Electricity savings are welcome, but they should not be achieved at the expense of quality.

If you have a property in NYC that is covered by Local Law 88, you must upgrade the lighting systems according to the Energy Conservation Code by 2025. However, you can achieve a higher ROI by exceeding the efficiency level required by code, while using the opportunity to improve lighting quality.

How to choose the right MEP engineer for your lighting COMcheck calculation?

How To Choose The Top Field Lights