Many substances that are often found in the air cause allergic reactions in certain individuals, and may also trigger asthma attacks. Therefore, these substances must be kept under control in indoor spaces, and a smart ventilation system is of great help. Pollen is an example of an allergen, and its concentration is especially high between March and May - the flowering season of plants in the northern hemisphere.

Allergens should not be confused with irritants, which are another type of air pollutant. The difference is that an allergen only affects people sensitive to it, while an irritant affects everyone.

Make sure your HVAC system can control indoor air pollution.

We tend to think indoor air is cleaner than outdoor air in cities. However, research by the US Environmental Protection Agency indicates otherwise: on average, the pollutant concentration is 2 to 5 times higher for indoor air. This is evident for a house in the countryside or the beach, but surprisingly it also applies for cities. Considering that Americans are indoors around 90% of the time, controlling indoor air pollution is very important.

Of course, there are times when outdoor air has an abnormally high pollutant density. This can be due to natural or artificial reasons:

By simply replacing indoor air with fresh outdoor air, a ventilation system prevents pollutant concentrations from rising too high. Although opening the windows is beneficial for indoor air quality under normal conditions, this does not apply at times when the outdoor pollutant levels are higher than normal, such as the pollen season or peak traffic hours. When outdoor air is highly polluted, your ventilation system should be the only outdoor air supply, since harmful particles can be filtered out. 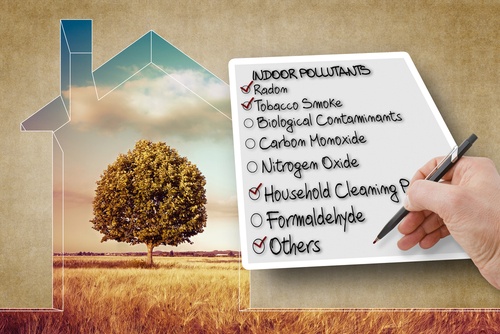 A ventilation system can be complemented with an air purifier to reduce pollutant concentration even further, but you should avoid purifiers that use ozone. As previously mentioned, ozone is an irritant and you would simply be replacing the existing air pollutants with another one.

Perhaps you have read about the concept of demand-controlled ventilation (DCV), where airflow is adjusted based on occupancy: the full design airflow is provided only for areas at full occupancy, while only the minimum airflow specified by building codes is used in empty areas.

A similar concept can be deployed based on pollutant concentration, where the ventilation system is ramped up when pollutant levels increase. Consider the following examples:

When indoor humidity is high in a building, allergies become more common. However, these allergies are not caused by the moisture itself, contrary to what many people believe. Instead, humidity drives the growth of two organisms that produce allergies in many persons - mold and dust mites.

Mold is often underestimated because it cannot move. However, if often grows hidden from plain sight and releases airborne spores that cause allergies. Large patches of mold require remediation by a qualified contractor, since inadequate removal can release extremely high numbers of spores. 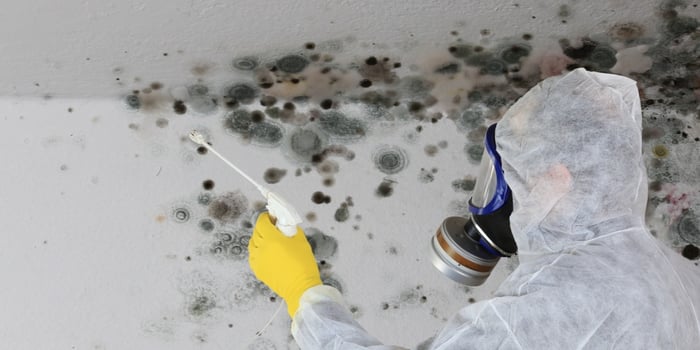 Dust mites are too small to be seen by the unaided eye, and they normally live in carpets, furniture and stuffed toys. They feed on organic matter such as dead skin cells shed by humans and pets, and are small enough to be flung around by air movements. Allergic reactions can be caused by the mites themselves, or by their droppings and dead bodies.

Due to their small size, mold and dust mites are very difficult to eliminate with a direct approach. However, vacuum cleaning with a HEPA filter (high efficiency particulate arrestance) is helpful.

Mold and dust mites have a significant weakness: both are strongly dependent on moisture, and they die out when relative humidity is reduced below 50%. This can be easily accomplished by monitoring humidity and operating the HVAC system accordingly. If the ventilation and air conditioning system cannot control humidity by themselves, consider a dehumidifier, but note that their energy consumption is high - use it only if necessary.

Temperature control and energy efficiency are given high priority when designing a ventilation system, while pollutant concentrations and humidity control are sometimes overlooked. However, indoor air quality (IAQ) is just as important as energy efficiency, having a significant impact on human health and productivity. If allergies have become common in your building, you should consider a professional assessment of your air quality.