Understanding the Two Definitions of a Net Zero Energy Building

A net zero energy building (NZEB) is one that produces enough energy to compensate for its consumption. However, based on where the energy is measured, the concept of a NZEB can be understood in two ways. When energy usage is measured at the site, only the building’s direct consumption counts. On the other hand, the concept of source energy considers the losses due to generation and delivery.

The kilowatt-hours of electricity and cubic feet of natural gas that are charged in utility bills only reflect site usage. Additional energy is consumed delivering these services to a building, and the following are some examples:

Find the best energy efficiency measures for your next construction project.

Reducing Energy Consumption at the Source

Energy efficiency measures reduce both site and source consumption, and energy consultants recommend them as the first step towards a NZEB. On the other hand, site consumption does not change when a building generates its own energy. However, source consumption is reduced because the energy must no longer be delivered to the building.

According to data gathered by the ENERGY STAR program, one kWh of site consumption results in 2.80 kWh at the source, on average. When a building uses solar panels or wind turbines, every kWh produced locally saves 1.80 kWh off-site. In other words, the building is reducing its energy footprint, even if the monthly energy consumption stays the same.

Energy conservation is valuable even when a building gets 100% of its energy from clean sources. Wind turbines and solar panels produce no emissions while generating electricity, but their manufacturing and installation process has a significant environmental impact. Energy efficiency is beneficial for the environment even with clean energy sources, since the pressure to build new power plants is reduced.

Can Net Zero Energy Buildings Stay Connected to the Grid? 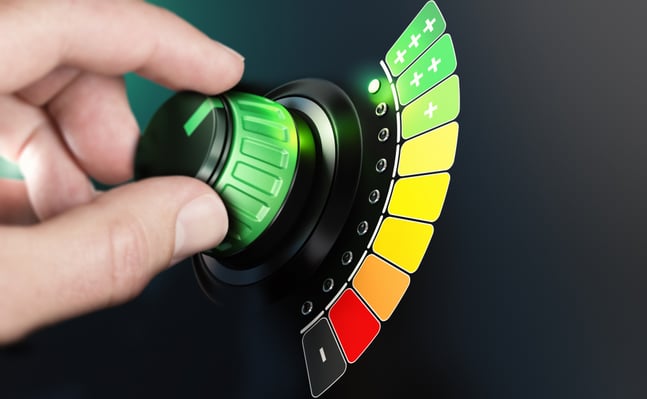 There is a common misconception that a NZEB cannot use the electricity grid and the natural gas service. In fact, a NZEB can rely on utilities, as long as it produces enough energy to compensate. However, note that the generation target is higher for a NZEB that is based on source energy.

Note that energy storage systems can reduce consumption at the source. The building in the example above must export 70,000 kWh to match source energy, but storing 25,000 kWh for local use is enough to achieve the same effect.

This is a simplified example based only on electricity. In an actual NZEB project, all energy inputs must be considered for the analysis. This includes natural gas, steam, and any fuels used by equipment in the building.

To summarize, reducing 1 kWh of net consumption is more valuable than exporting 1 kWh to the power network. Building owners can achieve a larger reduction of their energy footprint by concentrating on measures that reduce consumption at the source.