-  When buildings consume electricity, the emissions per kilowatt-hour can vary, depending on the energy source used to generate that electricity.

- On the other hand, when buildings use fossil fuels directly, the emissions per BTU consumed tend to remain constant for each energy source.

- The emissions associated with electricity can be reduced by lowering consumption, but also by switching to cleaner sources. This can be at the grid level, or onsite for self-consumption.

Building emissions tend to get associated with the direct consumption of fossil fuels, which is mostly for space and water heating. However, electricity consumption also produces considerable emissions offsite, especially if the local grid relies on fossil fuels as the main energy source.

When buildings use fuels like natural gas or propane directly, the emissions per BTU of energy input are relatively constant. They may increase based on building size, and they decrease when using heating systems with a high efficiency. However, the emissions per unit of fuel consumed tend to stay the same. On the other hand, the emissions per kilowatt-hour can change significantly, based on the energy sources used for power generation.

Get an efficient electrical design for your building project and reduce emissions.

Depending on how electric power is produced locally, emissions can increase or decrease when a building switches from combustion heating to electric heating. For example, a heat pump running with solar power is environmentally friendly, but not a resistance heater using coal power!

How Are Emissions per Kilowatt-Hour Calculated? 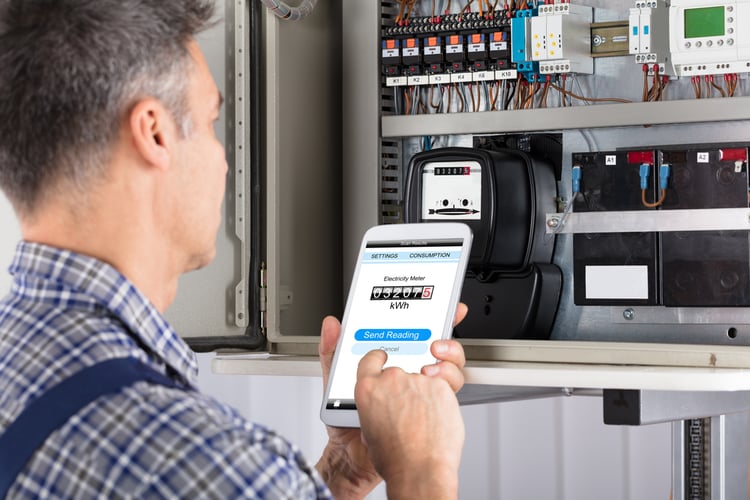 In New York City, the emissions intensity specified in Local Law 97 is 0.000288962 tCO-e per kWh. This is equivalent to almost 289 g CO2e per kWh. The state of New York gets around 90% of its electricity from natural gas, nuclear power and hydroelectric turbines. Since nuclear power and hydroelectricity have minimal emissions compared with natural gas, the average value per kWh is reduced. 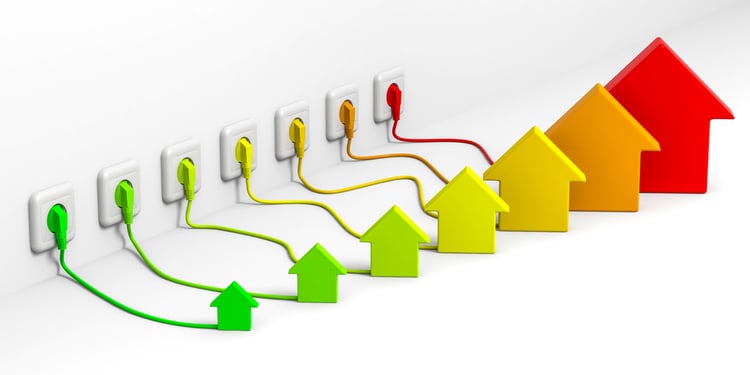 When buildings use fossil fuels directly, the only way to reduce emissions is by reducing consumption. However, when dealing with electricity, there are three possible approaches:

Building owners have no control over the energy mix used by the local grid, but they can lower their electricity consumption, or they can install their own generation systems. However, if local energy companies start to replace fossil fuels with clean sources, building emissions are reduced automatically. For example, if the NYC emissions factor was reduced from 289 to 200 g CO2-e per kWh, buildings would reduce their emissions from grid electricity by 30%.

When using natural gas for onsite generation, building emissions may increase or decrease depending on the power mix used by the grid. For example, a gas microturbine will reduce emissions if the local power grid depends on coal. However, this same measure will actually increase emissions if the grid uses a high percentage of renewable sources.

Building electrification can achieve a continuous reduction of emissions over time, even in cases where the initial benefit is small. If the grid starts using a higher percentage of renewable energy, the corresponding emissions from buildings will continue to decrease - with no additional changes.

US Solar Power Surpasses 100 GW, While Costs Continue to Drop

Three steps to starting your own online business