Why Thermal Imaging Cameras Are Useful in MEP Engineering

Many issues that affect building systems produce no visual signs, making them hard to detect. For instance, a building with deficient insulation and high air leakage has increased HVAC costs, but both issues are invisible. There are also cases where an overheated component is not detected on time, and an emergency reparation is needed once it fails.

Thermal imaging cameras are very useful in MEP engineering, since many hidden problems become visible under their scope. Considering that preventive maintenance is cheaper and faster than reparation, thermal imaging saves plenty of capital and man-hours.

Get a professional inspection of your MEP installations.

Air conditioning and heating are the largest energy expenses in most residential and commercial buildings. For this reason, a high-performance building envelope pays off. The main challenge lies in detecting the two main issues that affect envelopes: deficient insulation and air leakage.

There are also buildings that have adequate insulation only in some areas. In these cases, energy consultants can use thermal imaging to pinpoint the spots with deficient insulation. 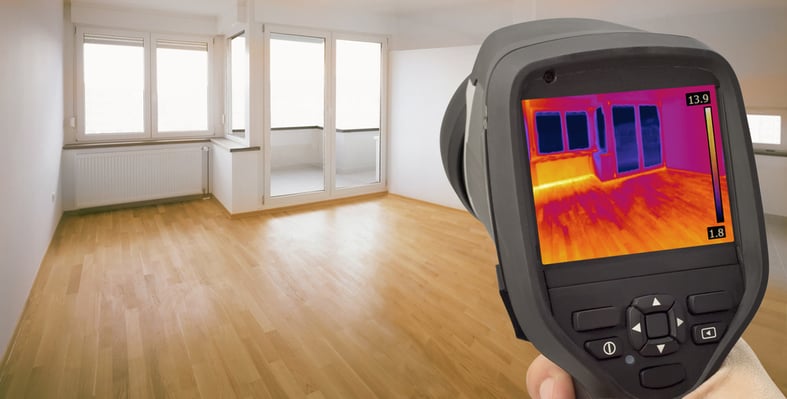 Air leakage causes similar problems, since it produces heat gain and heat loss with unwanted air movement. There may also be a detrimental effect on air quality, since the building owner has less control over the air that reaches indoor spaces. This is normally an invisible problem, but air temperature differences are easily observed with thermal imaging.

Even if a building owner has a high budget to improve the thermal envelope, a starting point is needed. Funds can be used more effectively if the main insulation deficiencies and air leaks are detected first. The opposite also applies: there may be parts of the building envelope that need no upgrade.

Overheating is a common issue in mechanical and electrical systems, and high temperature is a warning sign of component failure. However, just like building envelope issues, overheating is an invisible enemy. 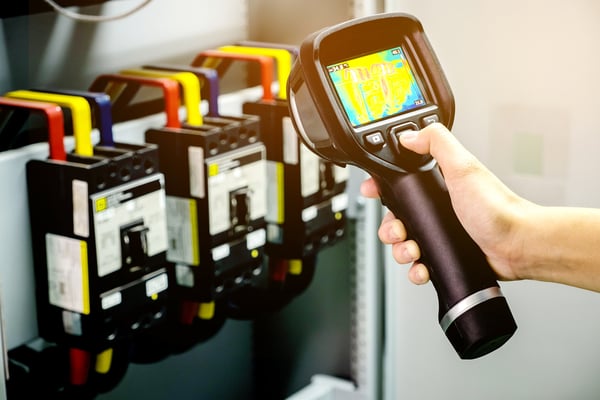 A quick sweep with a thermal imaging camera can reveal many overheating problems that would remain undetected otherwise. Consider the following example:

These are just some examples of how a thermal imaging camera can be used to detect problems in buildings systems. All three are issues that cannot be identified visually, and they are easily missed during routine inspections.

Thermal imaging is a very powerful tool for energy efficiency projects and preventive maintenance. MEP engineers can use it to propose measures that reduce O&M expenses.

Types of Tiles Used in Flooring

Building Retrofits: Why the Order of Energy Upgrades Is Important
By Michael Tobias
3 minutes read