EVs are beneficial for urban air quality, even when a city has a power grid that relies on fossil fuels. In this case, local emissions in cities are replaced with off-site emissions at power plants. These emissions are then reduced gradually as the grid switches to renewable energy.

Real estate developers who seek LEED certification for a building project can earn 1 point by adding EV chargers to at least 2% of their parking spaces. They must also label at least 5% of spaces as preferred parking for green vehicles. As an alternative to the 5% parking space requirement, building owners can provide a discount of 20% or more for EVs.

When the term “electric vehicle” is mentioned, you most likely think of a BEV. This type of EV runs fully with batteries, which means it consumes no fuel and it produces no direct emissions. BEVs are the most environmentally friendly among all EV types, but they are also depend on chargers because they cannot use gasoline or diesel.

There are three main types of EV chargers, and their cost increases along with their charging speed:

Having Level 1 and Level 2 chargers in a home is feasible. If the EV owner has the habit of daily charging, there should be no issues. However, long-distance travel may be limited with a BEV, unless the region has a charging network. The battery packs of high-end BEVs offer a range of up to 500 km before needing a recharge. 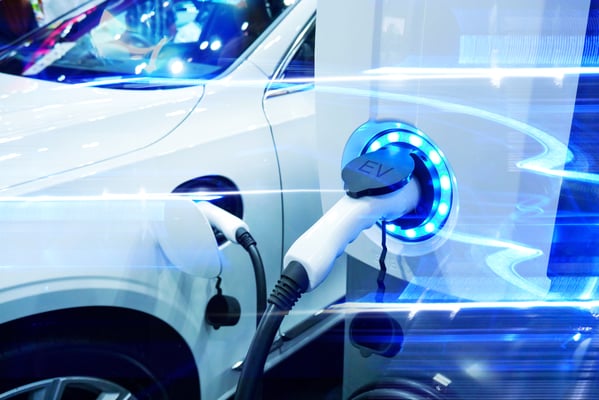 A BEV has much less moving parts than a conventional gas car, or even a hybrid EV. For this reason, BEVs have low maintenance costs over time. The largest expense that must be planned is an eventual battery replacement, which is normally needed after 8 years of use.

The advantage of HEVs is not needing special chargers, since they are refueled normally at gas stations. However, HEVs have the highest environmental impact among all EV types, since they are the most reliant on conventional fuels.

Although an HEV uses fuel, it still represents an improvement over a conventional vehicle of the same size. Since the regenerative brakes and electric motor improve fuel efficiency, an HEV reduces monthly fuel expenses and emissions. 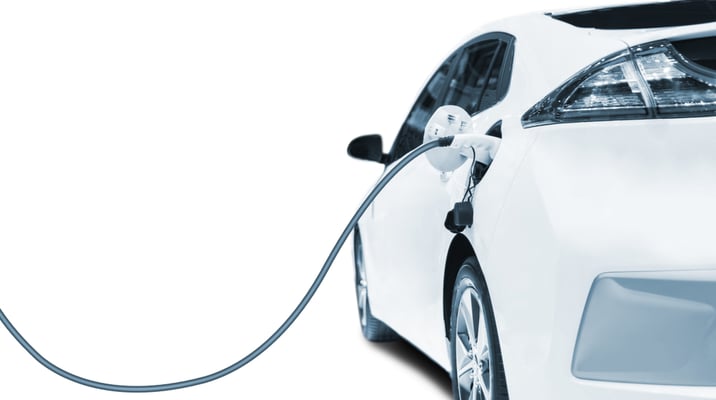 A PHEV combines the advantages of the two previous types: it can be refueled at a gas station, and it can also use EV chargers. When used for short distances in urban settings, a PHEV relies mostly on electricity with minimal fuel consumption.

Extended-Range Electric Vehicles (EREV) are another type of plug-in hybrid. Instead of using two motors, the have an electric motor and a fuel-fired generator. When the battery runs low, an EREV uses fuel to drive the generator and recharge it.

Fuel cell electric vehicles get their name because they are powered by a fuel cell that uses hydrogen and oxygen. Electricity is used to split water into hydrogen and oxygen, through a process called electrolysis. The two substances are stored separately in the FCEV, and they are combined in the fuel cell to generate power.

The main advantage of a FCEV is that hydrogen and oxygen can be split from water, and they are combined back into water in the fuel cell. This eliminates the need for both conventional fuels and battery packs.

FCEVs are still in an experimental stage, and they are much less common than the three EV types previously mentioned. The main technological challenge when dealing with FCEVs is handling hydrogen, which is a highly flammable gas.

Electric vehicles can greatly contribute to decarbonization, since the transportation sector is the second-largest source of emissions in urban areas. They can also improve air quality in cities, reducing the exposure to harmful pollutants and their long-term health effects.

BEVs are fully electric, and they get battery charge from both charging stations and regenerative brakes. HEVs use conventional fuels, on the other hand, and they use regenerative brakes and an electric motor to improve fuel efficiency. PHEVs are the most versatile, since they can use both EV chargers and gas stations.

FCEVs are an emerging technology that shows promise. Water is split into hydrogen and oxygen with electrolysis, and the vehicle gets power by combining them again in a fuel cell.