Solar panels are simple devices, and that is a key factor that has contributed to their success in the energy industry. Having a modular design, solar panels can be used in projects of any scale. They also have a service life of over 25 years, and simpler maintenance requirements that other power generation systems.

However, solar power is a complex business, since many external factors influence the viability of photovoltaic systems. In general, solar power is effective in places with abundant sunshine or expensive electricity, and the return on investment is even better when both are found together.

Reduce your power bills and building emissions with renewable energy.

Local regulations have a significant impact on the solar power industry. With unfavorable legislation, solar panels have limited usefulness even in sunny places. On the other hand, incentives and favorable laws can make solar power work even with modest sunshine.

There are many types of solar incentives, and it is unlikely that you will find all of them in a single city or state. However, by getting familiarized with how incentive works, you can gain insight on how the solar industry works in your city.

When governments want to motivate the use of solar power, a very common solution is reducing the tax burden for photovoltaic technology. Alternatively, governments may introduce tax benefits for homes and businesses that go solar. The two most common types of tax benefits are exemptions and credits.

A tax exemption for solar power consists of removing a tax that would normally apply. This reduces the ownership cost of solar panel systems, motivating their use by homeowners and businesses. The following tax exemptions are applied by many states in the US:

A tax credit is a reduction of your tax burden, which is granted as a reward for going solar: 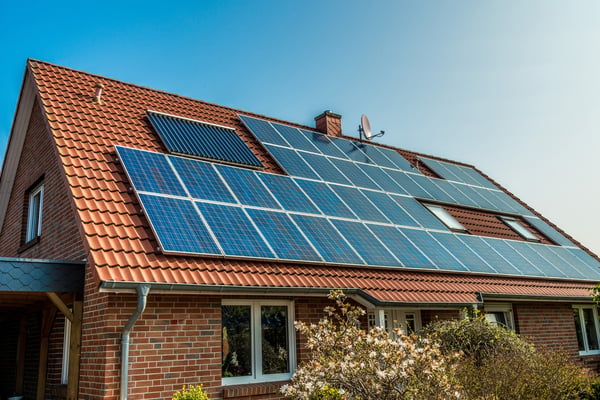 A rebate is a cash incentive for going solar, which is subtracted directly from your upfront costs. Solar rebates are normally granted through programs that are managed by governments or utility companies. Note there are eligibility requirements, so you should make sure that your solar power system is designed and installed by professionals. The NY-Sun program in the state of New York is an example.

When performance payments are available, owners of solar power systems get extra cash for every kilowatt-hour generated. For example, if the local electricity price is 15 cents/kWh and there is an incentive of 5 cents/kWh, the total benefit is 20 cents/kWh. This shortens the payback period of solar panels, while increasing the return on investment.

Since this type of incentive is so good, there is normally a capacity limit that gets filled quickly. One example is the Solar Massachusetts Renewable Target (SMART), launched in 2018. The program will grant incentives for solar power systems until a capacity of 1,600 MW is accumulated. The incentive is higher for the first movers, and it is gradually reduced as the program approaches its target.

SREC programs are an alternative to bonus payments per kWh. They can be applied when local governments have introduced clean energy targets for utilities and large energy consumers. These organizations can meet their target by producing clean energy on their own, by purchasing an amount of SRECs equivalent to their target, or with a combination of both. There are hefty penalties for missing the target, which creates a high demand for SRECs.

For instance, a SREC price of $100 is equivalent to an incentive of 10 cents/kWh, since one SREC is awarded for every 1,000 kWh.

Legislation that favors solar power can also be considered an incentive, since home and business owners can get more benefits from solar panels.

Having a Renewable Portfolio Standard (RPS) can also be considered an incentive for solar power. In simple terms, an RPS establishes a  minimum renewable energy percentage for investor-owned utilities in the corresponding state. Since clean energy systems owned by consumers count towards the goal, utilities subject to RPS laws normally create incentive programs.

There is a wide variety of solar power incentives, and the business case for going solar improves when many of them are available. With favorable legislation and incentive programs, solar power can work even in places with modest sunshine. The US Northeast is an example of this: the region is not particularly sunny, but favorable laws and incentives have created an excellent market for solar panels.