How Does a Virtual Power Plant Work?

When we think about power plants, we tend to visualize large facilities that produce an output in the scale of megawatts. This power is then delivered to consumers through high-voltage transmission lines, transformers, and distribution lines. However, this century-old concept is being challenged with the adoption of distributed energy resources (DER) like solar photovoltaic arrays and smart batteries. It is now possible to link multiple small systems using information technologies, operating them in coordination like a utility-scale power station - this concept is called a virtual power plant (VPP).

Although the concept of virtual power plants is relatively new, projects are already being deployed in many parts of the world. In particular, one VPP project that will operate in South Australia has received plenty of media attention:

The project is getting a grant of AU$2 million and a loan of AU$30 million from the Australian government. The first stage only includes 1,100 homes, gradually expanding to 50,000.

As mentioned above, a virtual power plant can combine different types of generation systems. However, there are also many operating advantages over conventional power plants, which are summarized in the following table:

Both the NY state government and New York City have ambitious plans for energy storage, which has very promising applications in virtual power plants. The NY-Sun incentive program for solar power has already been very successful, helping develop distributed generation capacity that can complement batteries in a VPP.

Virtual power plants can eventually reduce electricity bills thanks to their distributed layout. Conventional power plants normally require grid upgrades to handle their concentrated energy output, and these upgrades are normally reflected as power bill increases. On the other hand, distributed energy resources are much less dependent on the network. 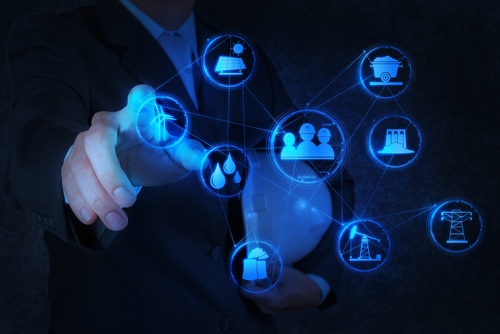 Since virtual power plants depend on energy systems located at client premises, there are opportunities for interesting business models and financing schemes. From the end user standpoint, a key benefit of generating electricity on-site is spending less on power bills. However, these energy systems are also useful for utility companies if capacity can be aggregated and controlled through a smart platform.

New York has the right conditions for many VPP projects to emerge in the near future. There are ambitious plans for both renewable generation and energy storage, and plenty of capital available for research and development. Finally, electricity rates in the state of NY are among the highest in the nation, and any project that lowers power bills is attractive for electricity consumers.

How Building Upgrades Interact With Each Other