There are many ways to generate heat in the home and other buildings – with fire, steam, gas, hot air, water, electricity – utilizing a variety of tools and appliances including boilers, radiators, and furnaces. These have all been made with a number of different materials over the centuries, utilizing different systems, and over time have become smaller and ultimately more energy efficient and easier to manage and maintain. 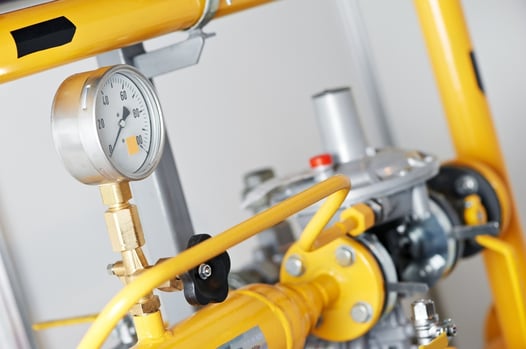 A menometer, pipes, and faucet valves of a heating-system boiler

While the invention of the first cast iron radiator has been heralded as the first major step towards central heating systems in modern homes internationally, today sustainable building design enables us to regulate the indoor environment using passive measures that control not only heating but cooling, insulation, and ventilation as well. Furthermore, radiators are now made from various metals including traditional cast iron, mild steel, more efficient stainless steel, and superconductive aluminum.

But radiators are seldom used on their own. Instead, it is common for contemporary engineers to design heating, ventilation, and air conditioning (HVAC) systems that work together both for energy efficiency and functionality. Unnecessary energy consumption is identified and eliminated. Ultimately, the aim is to design a solution for the building that will ensure occupants are always comfortable, regardless of outdoor conditions and temperatures.

Whatever HVAC system is used, “boilers” of some sort play a pivotal role when it comes to both space heating and the supply of hot water in contemporary homes and commercial buildings in Chicago.

However, not only do the boilers we use for heating systems today vary dramatically in terms of type and design, but they are also totally different to the original boilers used in Chicago from the turn of the 19th century. In fact, cutting-edge condensing boilers have only become an acceptable commercial commodity in the US in the past 10 to 15 years.

Essentially the first boilers were just a “box” of sorts that housed tubes that were heated to high temperature to produce heat, hot water, or steam. Invented around the turn of the 19th century, boilers were originally manufactured in the form of a kettle that literally turned water into steam. This led to the development of a steam-generating convention boiler that utilized tubes in a structure made from firebricks. The first ones used lump coal for fuel and had a low rate of heat input.

While the earliest boilers were used to power transportation, by the late 19th century, boilers were being used by utility companies in some parts of the country to generate electricity, and industrial companies used them to run their manufacturing facilities including those producing oil and steel. The first public utility offering electricity was started by Thomas Edison in New York City in 1882. The first in Chicago opened in 1902 and was powered by steam turbines.

While new improved designs were in use by the early 1930s, the need for larger boilers with higher capacity led to the development of radiant boilers and power boilers that were used in power stations. Within three decades universal pressure and supercritical boilers were in use, and during this time, different industries developed boilers that met their specific needs.

There was also a growing demand for boilers that could be used for what became known as the “comfort heating” of homes and large buildings in US cities, including Chicago. In the beginning, cast iron was the favored material, just as it was for radiators, and steam was the preferred method of heating.

The heating season in Chicago is from October to May, which is a considerably longer period than in many other US cities. This makes central heating a vital element of building design.

Boiler room with a heating system in a private house

Since the first condensing boilers appeared on the market around the turn of the 21st century there has been a choice between these and non-condensing boilers. This applies both to new homes and homes where heating is being upgraded.

Fueled by either natural or propane gas, or oil, they don’t actually “boil” the water, rather they heat it up. This hot water is then pumped to radiant floor tubes, to radiators, or it is run through a heat exchanger, providing an efficient and compact solution for heating a contemporary home or office.

Considerably more energy-efficient than old-fashioned non-condensing boilers (99 percent versus 78 percent efficiency at best), condensing boilers are also much cheaper to run. Additionally, because they are well sealed for heat insulation, there is no risk of pollutants entering the system.

While the higher cost of condensing boilers might be considered a disadvantage, they are cost efficient in the long term.

The Chicago Building Code has minimum standards for all types of boilers and requires them to be inspected regularly.

In terms of the Chicago Building Code, the City’s Buildings Department Boiler Inspection Bureau is responsible for making annual inspections of boilers at schools, commercial buildings, hospitals and nursing homes, churches, and at apartment buildings where boilers are installed to heat four apartments or more.

These inspections are carried out internally and externally to check for damage and tube leakage as well as to ensure that safety valves, return lines and so on are all operating safely and efficiently.

New boilers are inspected to make certain they have been installed correctly and that all the relevant permits have been obtained by the manufacturer and installer.

Hydrostatic tests are performed on newly installed boilers and on those that have been extensively repaired.

Ask the Professionals to Design a Central Heating System for You

Admittedly, understanding the ins and outs of boilers is something that most people find more than difficult. That’s because there is a lot of technical expertise involved. Our engineers know boilers inside out and can analyze your requirements and propose the best solution without expecting you to do a crash-course on heating.

We will ensure that the right condensing boiler is used to maximize the efficiency of your central heating system.

Why Are Steam Heating Systems Oversized in New York City?

What Is the Chicago Renewable Energy Challenge?