How the Right Data Can Help Buildings Cut Their Emissions

- Building emissions can be reduced more effectively when owners have detailed information about energy consumption.

- New York City has collected a large database of building energy data thanks to benchmarking, which is required by Local Law 84.

- Building owners can get a general idea of their impact by knowing total energy consumption and emissions. However, a detailed breakdown is needed for investment decisions.

- Energy upgrades can reduce both operating costs and building emissions. Most upgrades achieve both benefits, but some upgrades only achieve one of them.

When building owners know how emissions are produced, they can also make better decisions to reduce them. This way, they can maximize the greenhouse gases avoided per dollar spent. On the other hand, when energy saving measures are picked without data, they may not have the expected results.

In general, energy upgrades will reduce both operating costs and emissions. However, there may be cases in which only one effect is achieved. For example, LED lighting reduces energy costs, but emissions will stay the same if the electricity already comes from clean sources. There may also be cases where a building switches to a cleaner energy source, but operating costs stay the same - only emissions are reduced. 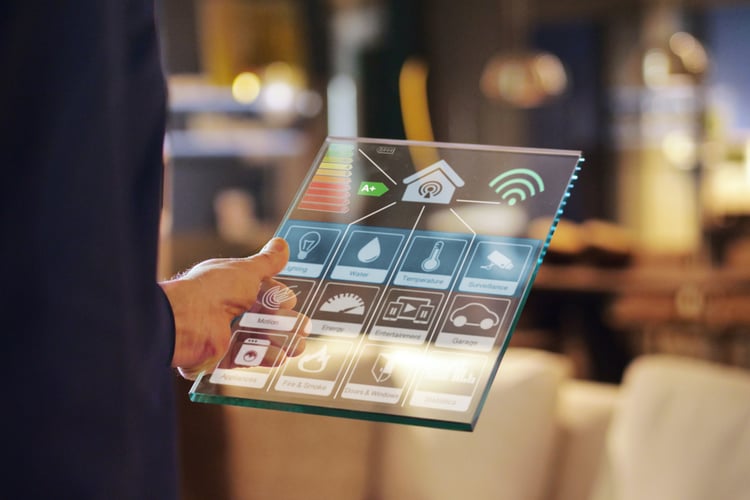 Benchmarking is a very effective method to obtain energy consumption data from buildings. The following are some of the main questions that can be answered:

Benchmarking data is used to calculate ENERGY STAR scores, which indicate how a building performs on a scale of 1 to 100, compared with others of its type. A score of 50 means your building outmatches 50% of similar properties, while a score over 90 means the building is among the top 10%.

In New York City, ENERGY STAR scores are used to calculate building energy grades from A to F under Local Law 33. In addition, the benchmarking process required by LL84 uses the Portfolio Manager tool from ENERGY STAR.

Energy modeling can provide an even more accurate picture of how energy is used in your building. You can also use modeling to predict the energy performance of a building that hasn’t been constructed yet. In both cases, you get a clear picture of how your investment is converted into energy savings and GHG reductions.

The benefits of energy upgrades are often calculated in isolation, without considering how different building systems interact. However, when energy modeling is used, your entire building is analyzed as an interconnected system. For example, consider an LED lighting upgrade:

This is just a simple example, but many interactions like this happen during a building upgrade. When the benefits of energy efficiency measures are calculated separately, the estimated savings can differ significantly from the actual result. Energy modeling can help you identify the measures that will maximize savings and the avoided emissions.

In the case of New York City, emission cuts will also translate into avoided penalties starting from 2024. Local Law 97 of 2019 introduced emission limits for buildings over 25,000 sf, and the penalty is $268 per metric ton of CO2-equivalent over the limit. Energy modeling can also be used to calculate the avoided penalties more accurately.

When a building is being upgraded to save energy and reduce emissions, consumption data is very useful. Knowing the total energy usage and emissions is useful as a starting point, but you need a detailed breakdown to make the best investment decisions.

Benchmarking can be used to keep track of energy consumption by source, and also to compare similar buildings. Energy modeling is very useful when you need an accurate analysis for a specific building - even when it only exists as design documents!