The cost of solar and wind power has decreased quickly in recent decades, and they are now among the cheapest electricity sources. California is currently the state with the highest solar generation capacity, while Texas has the highest wind power capacity. When used in large-scale installations, solar panels and wind turbines can now produce electricity at a lower cost than coal power plants.

To wield renewable energy effectively, understanding its benefits and limitations is necessary. The value of solar and wind power comes from cheap generation with a low environmental footprint. However, these electricity sources cannot be ramped up or down according to consumption, and must be complemented by other generation systems.

Reduce your building operating costs and emissions with renewable energy.

This article will discuss some common misconceptions about solar panels and wind turbines. While they are excellent technologies, they have limitations like any system.

Myth #1 - You Can Eliminate Energy Costs by Going Off-Grid

While it is technically possible to go off-grid with renewable sources, you would only be eliminating the electricity bills. Solar panels, wind turbines and other renewable generation systems have ownership costs, which include:

In other words, the cost of energy is not reduced to zero. Power bills may be eliminated, but they are replaced with the cost of owning and operating a generation system. By going off-grid, you essentially become your own utility company. Also consider that solar panels and wind turbines cannot power a building on their own, since their energy output is variable. They must be complemented with controllable power supplies - diesel generators, natural gas turbines and battery systems are some examples.

Typically, the highest return on investment is achieved when you stay connected to the grid, and use renewable generation along with the local electric service. You can greatly reduce electricity bills in your facility, without assuming the costs and technical challenges of an off-grid system.

Myth #2 - Solar Panels and Wind Turbines Have No Environmental Impact 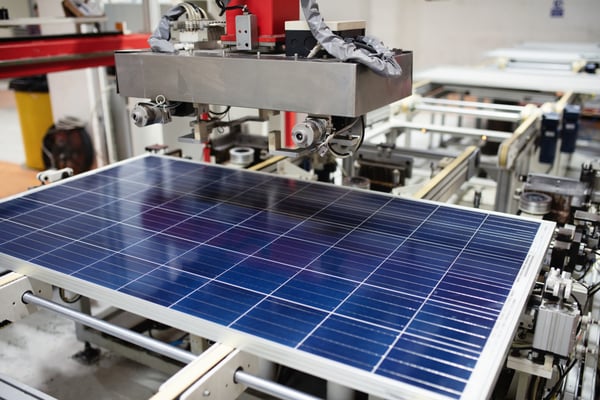 Solar and wind power systems have a much lower environmental impact that conventional power plants fired by coal or natural gas. However, it would be incorrect to say that renewable sources have zero impact:

The environmental impact of fossil fuel generation is much higher, since power plants release emissions during their entire service life. On the other hand, the impact of solar panels and wind turbines is much lower, and most of it happens initially.

A study by Nature Energy estimated lifetime emissions of 4g CO2 equivalent per kWh for wind power, and 6g CO2eq/kWh for solar power. For comparison, the best-case scenario with advanced carbon capture and storage (CCS) is 109g CO2eq/kWh for coal-fired generation, and 78g CO2eq/kWh for natural gas. In power plants currently in operation, coal often exceeds 1,000g CO2eq/kWh, while gas is above 400g CO2eq/kWh.

Any type of energy has a cost to mother nature, so it would be best to choose the lesser evil from them. Solar and wind energy are no different; wind turbines kill thousands of bats and birds every year, and solar panels consume a massive section of the desert where a host of wildlife resides.

Solar and wind power are environmentally friendly, but this does not mean they are safe for untrained personnel. Both systems use electrical wiring, and wind turbines also have blades that rotate at high speed. Since they are green technologies, solar panels and wind turbines get plenty of attention for DIY projects. However, handling them without the required technical knowledge is dangerous. Even if there are no accidents initially, a deficient installation can increase the risk of fire, while having more performance issues over time.

Wind turbines are massive pieces of equipment, and transporting them to various locations requires significant effort and should only be performed by highly skilled professionals. Hauling the components of a wind turbine is time-consuming and needs precision so getting an expert’s help is imperative.

Having a properly engineered system is especially important in large commercial and industrial projects, where capacity can reach the scale of megawatts. Also, wind and solar power systems are covered by standards and construction codes, like any electrical installation. Regardless of how green a generation project may be, bypassing local regulations is illegal.

When using solar or wind power, professional design and installation services actually bring financial benefits. Your project will be eligible for federal and local incentives, and you can maximize generation from the design stage. As a result, you can get a higher return per dollar invested upfront.

Solar panels and wind turbines can greatly reduce emissions in modern society while producing low-cost electricity. However, being aware of their limitations is important to maximize their value. Both systems rely on variable energy inputs -sunlight and wind- and they cannot power buildings by themselves. For this reason, a grid-tied installation will normally have a lower cost and higher ROI than a stand-alone system.

Now is the best time to shift to wind power since the government will cover 30% of the wind turbines’ purchase and installation costs.

Instead, it’s best to consider solar panels and wind turbines as efficient cost-saving measures. And what you save on electricity costs can be redirected to other matters, like an out-of-town trip or a piece of new home equipment. It would also be great to update your tax status to reap greater benefits from them. You may claim solar tax incentives from the government and get up to 30% tax credit. You can expect the total system cost back when you receive your tax returns at the end of the tax year.

The environmental impact of solar and wind power must also be considered; while much lower than the impact of fossil fuels, it isn’t zero. For this reason, energy conservation is important even when clean sources are used.

Why Equipment Operator Training is Important for Construction Firms

The Expert's Guide for Moving to Jersey City