About half of the US territory is exposed to risks from seismic hazards. The average direct cost of earthquake damage is approximately $1 billion per year, and indirect costs can go up to $2 billion per year. The construction industry is constantly looking for effective ways to protect buildings from natural hazards, and there are several approaches to seismic design.

This article discusses some basic principles of seismic design, where the main goal is ensuring safety for occupants. There are three important requirements before starting a seismic design:

Design your building to be resilient during emergencies.

An earthquake is a sudden shaking of the Earth’s surface. The planetary crust consists of a series of plates that are in constant movement, and stress builds as the plates collide, extend and subduct. When this stress is released, it radiates through the crust producing earthquakes and tsunamis. Depending on where their occur, these natural disasters have the potential to cause severe damage.

How Are Seismic Forces Measured?

There are several key terms used to describe and measure the effects of an earthquake on the ground:

The seismic measures mentioned before are used to calculate the forces that affect buildings. The movements caused by earthquakes generate internal forces within buildings, which cause most of the structural damage. 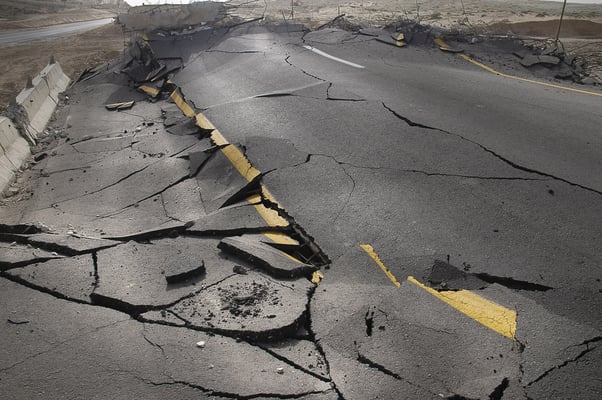 Earthquakes generate waves that can be long and slow or short and abrupt. The period of the wave is the length of a full cycle in seconds, the frequency is the number of cycles per second.

The natural frequency of a building is a primary consideration for seismic design, but there are other aspects that mitigate the impact of an earthquake to a lesser degree.

Height is one of the main factors that determines the natural frequency of a building. The oscillation period is proportional to the height of a building, meaning that taller buildings will have a lower natural frequency. Tall buildings undergo several modes of vibration, but the fundamental period or first mode is usually the most significant for seismic purposes. Note that other modes of vibration may be used for analysis with very tall buildings.

Soil is another important factor to consider during seismic design. Typically, soil has a period ranging from 0.4 to 1.5 seconds, and soft soils have shorter periods. Soft soils tend to increase shaking by 2 to 6 times compared with rock. It is important to consider that the period of the soil can coincide with the fundamental period of the building, which will amplify the acceleration of the building.