We use quality pipes to ensure the best outcome for your project.

You can enjoy years of performance without any breakdown or malfunctions.

We deliver right on time to ensure early completion of your MEP project. 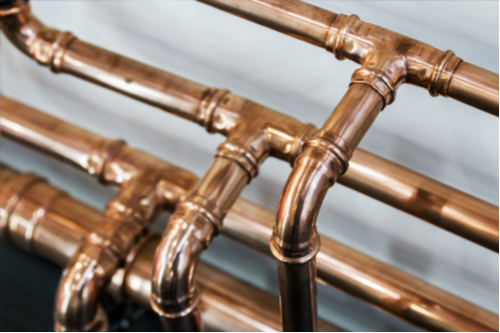 When it comes to choosing pipes for a project or during a remodeling or renovation spree, you need to know the exact dimensions of the pipe. From the length of the pipe to the outer diameter and the thickness of the pipe, you have to consider many things so that when the times comes to actually install the pipe, all the pieces fit together.

However, if you’re new to this whole pipe selecting, you may be confused as to why pipes in a hardware store aren’t labeled according to their dimensions, but with weird numbers like “NPS” or “pipe schedules.”

The term “schedule 40 pipe” is probably the one you’ve heard thrown around the most in an MEP project. What is a schedule 40 pipe? Well, schedule 40 refers to the thickness of the wall of the pipe and nothing else! Schedule 40 pipes are used for a variety of applications to distribute water or other fluids in a distribution system.

Nearby EngineersNew York Engineers uses schedule 40 pipes in various designs of piping systems. We help you determine the right pipe for your project and help you create efficient pipe systems for effortless distribution of water and other fluids.

You can rely on our expert engineers and their years of experience to create foolproof designs using schedule 40 pipes. 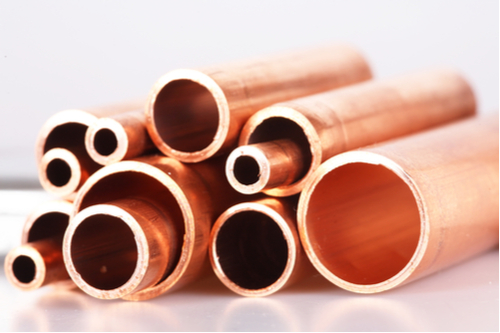 What is a Schedule 40 Pipe?

Before we can explain what a schedule 40 pipe is, you first have to understand what a pipe schedule is and how the term is used to classify pipes according to their diameter and thickness. To put it simply, a pipe schedule is a way of describing the thickness of a pipe about its outer diameter without the need of remembering or quoting specific figures or units for thickness and inner diameter. So saying a pipe is a schedule 40 pipe is a way of describing the thickness of the pipe without actually having to specify how thick the pipe you’re talking about has to be.

However, pipe schedules can’t be used on their own to figure out a pipe’s dimensions without actually having to measure it. For this purpose, you need to know the Nominal Pipe Size (NPS) number of the pipe, a standard numbering system that is used to correlate the various dimensions of the pipe to the outer diameter of the pipe, without there being a need for any units to be involved in the process.

Following the NPS, pipes are manufactured in such a way to keep all other dimensions of the pipe according to set standard values decided by a regulatory body.

So, for example, a schedule 40 pipe with NPS size ¾ will always have an outer diameter of 1.050” and a wall thickness of 0.113”. For pipes with other NPS numbers, a helpful chart can be found online to help you note all the other dimensions of the pipes at different NPS values.

You don't have to worry about diameter, thickness, NPS or pipe schedules when you work with us. We will help you choose the right size of pipe for your project so that you don't have to make any efforts. 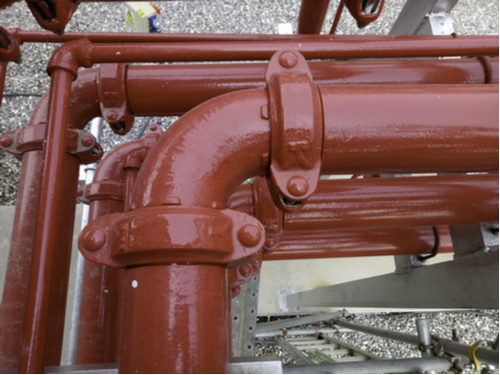 Which Pipe Schedule Do You Need?

Schedule 40 pipes may be the most popular kind of pipes on the market, but they’re far from the only kind you can buy. Since the thickness of a pipe has a direct effect on the pipe’s strength and by extension its use, there are pipes that are built with thicker walls than those found in a schedule 40 pipe and consequently have different schedule numbers. 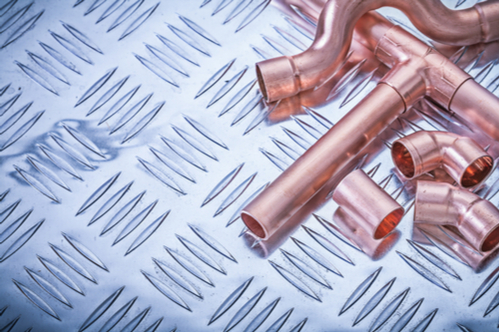 How does Pipe Schedules Help Us in Our Projects?

Classifying and naming pipes with schedule numbers is a very popular system mostly because of the convenience it affords to its users. Memorizing the bizarrely specific pipe dimensions you want and then painstakingly measuring the pipe out at the store using a handful of very specific tools to get each measurement accurately can be a real hassle.

It is far simpler to just go up to a shop owner and ask for a schedule 40 pipe in the correct NPS size, having already noted on the size chart exactly which pipe you need.

Besides convenience, however, the implementation of this standard has even helped us when it comes to efficiency too. Since all pipes follow a certain standard, finding the right joints for the pipe isn’t too difficult, since all we have to do is look for the right number and no matter who made your pipe, a joint of the same NPS number would always fit on it. 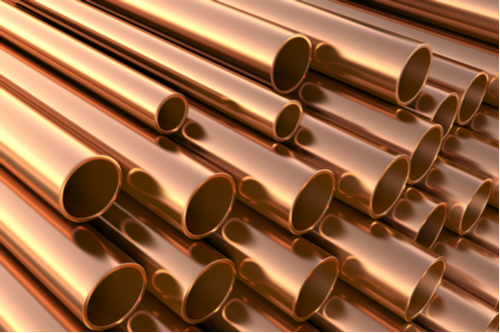 Schedule 40 pipes are suitable for most of the domestic applications and commercial uses.

For example, a schedule 40 pipe can withstand pressures up to 450 PSI while a schedule 80 pipe can take up to 630 PSI, an impressive difference but a moot point all the same, since the ideal water pressure in your home’s water supply is only ever around 50-70 PSI.

Another very important factor that makes a case for schedule 40 pipes being the more practical choice is the difference in cost between the two. Thicker pipe walls mean more material being used in the construction of the pipe, which automatically translates to the greater cost of production and higher prices on the market.

Schedule 40 pipes, on the other hand, are relatively cheaper and can be used instead of schedule 80 pipes in almost every other scenario, making the investment into a thicker pipe pointless when you can get the job done for cheaper without risking a rupture due to a lack of strength.

That’s not to say the schedule 80 pipe extra strength is complete wasted because of its impracticality. It’s higher durability and pressure limit makes it ideal for industrial and chemical applications, places where a schedule 40 pipe would surely fail.

However, for almost all other uses, the schedule 40 pipe is a far more practical and cheaper option used by our engineers. 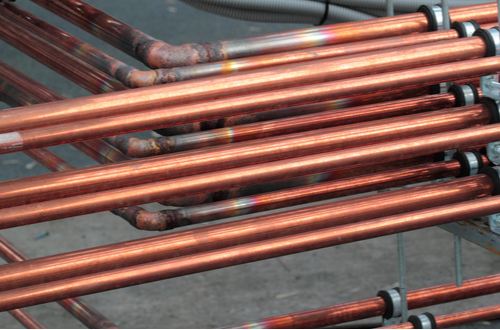 While schedule 40 pipes are available in quite a few materials on the market, there are only two practical options to choose from- PVC and metal. Both materials have their advantages and disadvantages that you should be aware of before making your final decision.

While plastic might be pretty infamous for its non-biodegradability and how it’s slowly killing our planet, this is one scenario where plastic’s resistance to environmental wear comes in handy for us. Using PVC to make pipes means they’ll last longer when exposed to air and moisture, something which metal pipes don’t hold up well against.

PVC pipes are also easier to install than metal pipes, being easier to cut and join to other pipes without the need for dangerous tools like a welder and power saw.

On the other hand, metal pipes can handle far greater amounts of pressure and external stress due to the greater toughness of their material. And while they may cost more, there are variations of metal pipes that are not as susceptible to rust and degradation like those made of copper or stainless steel.

How to Choose the Ideal Pipe for Your Project?

Here's a brief overview of how we choose the right pipe for your project. We have to take into account several factors which are mentioned below.

The temperature at which a pipe is used can have a great effect on the lifespan of a pipe and how weak its structure can get over time, especially if the pipe is made out of material like PVC.

Heat can degrade material and can even cause melting in extreme cases, a common problem with PVC pipes that have been used to pump hot water for an extended period. Even if the heat itself doesn’t break down your pipe with a long period of use, it does have a significant impact on the overall strength of the pipe.

That means the pipe is more susceptible to damage if exposed to physical abuse; thin PVC pipes that have been exposed to too much heat can easily shatter when tapped with a hammer. In a nutshell, if you’re looking to use a pipe in a hot environment for long periods of use, you’re better off with getting a schedule 80 instead of a schedule 40 pipe.

This should come as no surprise, but a thicker wall can handle higher pressures much better than a thinner wall, with more material to hold the pipe together and preventing it from rupturing. Therefore if you intend to use a pipe in a situation where you need to pump water or air through it at high pressures, you should go for a pipe with adequate wall thickness. 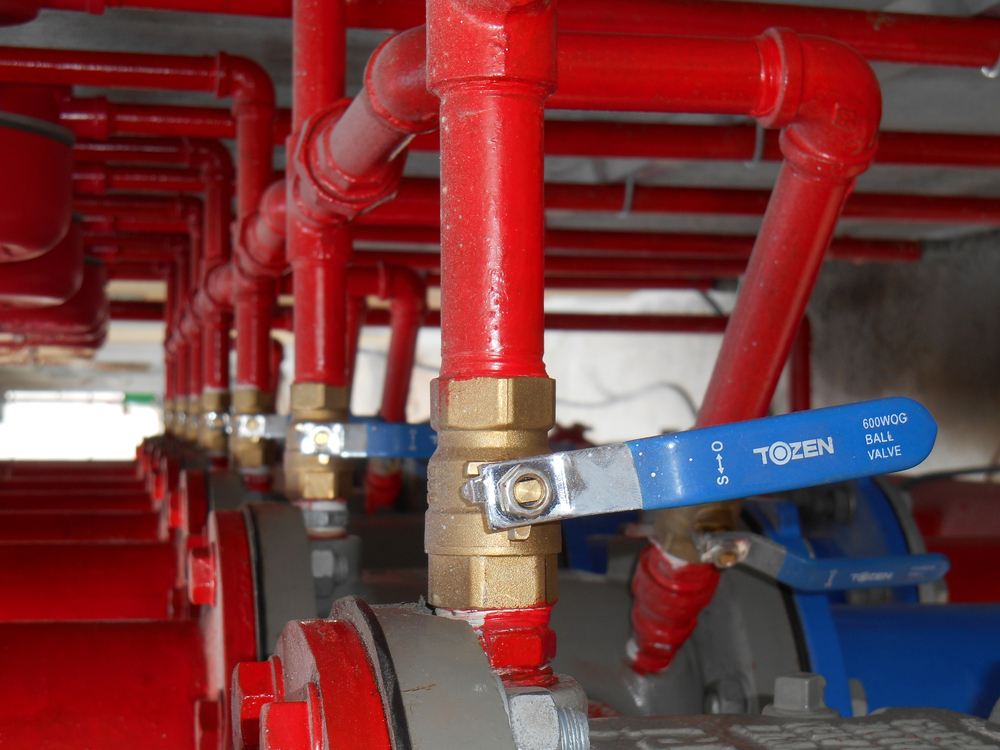 This makes the schedule 80 pipe ideal for using in scenarios where it would be under a lot more stress from the outside, say if it was to be buried underground to provide a sort of protective covering for a network of cables or to be used as a mains water or gas line.

We can determine whether you would benefit from a schedule 40 pipe by evaluating your project, application, water or gas stress and other factors. Our team always chooses the best components keeping your budget on mind.

How can Nearby EngineersNew York Engineers Help?

Nearby EngineersNew York Engineers is a leading MEP consultant, designer and contractor. We can help you choose the right type of pipe, materials and construction method to bring the best results for your project. Our team can design and implement complete water or gas distribution systems with schedule 40 pipes or whatever suits your application the best.

We offer full peace of mind to our clients who have put their trust in our capabilities and provide them the optimum return on investment. You can ensure the successful completion of your project and achieve high performance by working with our team.

Contact us today to help us guide you with your MEP project with schedule 40 pipes.