Our designs are meant to minimize vapor loss for maximum safety.

No matter the type of roof tank you want to design- we have got you covered!

Do you Need a New Roof Tank?

Roof tanks are essential components of the oil and gas industry. Various businesses need roof tanks to store their products such as oil, gas, petroleum, water and other non-organic liquids. The tanks are vital in ensuring that the supply of fluids from the site of the production or storing to the end user.

Floating and fixed roof tanks have played a key role in the development of dozen of industries. One good example is petrochemicals which needs economical and safe storage options for the development of products. You can also think of food processing and chemical factories that need storing options to allow reactions at different stages.

We understand how important roof tanks are for your business. That's why New York Engineers is bent on offering the highest quality and most efficient roof tank designs to meet your business objectives. Our engineers are experts at designing full-scale fixed roof tanks, floating roof tanks and domestic roof tanks. We design our tanks to limit vapor loss so that you can prevent product loss. Our designs add to your bottom line by creating efficient storage systems that enhance your business operations.

Fixed, Floating or Domestic - We are the Expert of Tank Design

We will take a look at each tank type t give you an idea about how they work. The first three types of roof tanks can be used to store a range of liquids such as petroleum, kerosene, organic liquids, vapor and more. The domestic roof tank is mainly used to store water.

Floating roof tanks are ideal for storing fuel and industrial liquid. The tanks feature a roof which floats on top of the liquid, rising up and down with the level of the liquid. Floating tanks generally come with annular space with sealed gland between the walls of the tank and the floating roof to separate air when the stored liquid rises up or down on the roof. The tanks are generally spherical in shape and can be made of steel or concrete.

The biggest advantage of floating roof is that they eliminate the space between the liquid and roof, reducing evaporation loss to a great extent. In fact, floating roof tanks can cut back evaporation loss by up to 80% in the case of oil products. The tanks also reduce the volatile gases inside and minimize threats of fire hazards.

The floating roof is made up of various elements such as fittings, decks and rim sealing systems. The floating roof decks are usually made of welded steel plates and can be of three types- double deck, pontoon and pan. We have designed several tanks with pan-style decks, but currently, double deck and pontoons have become the popular choice.

Our team can customize the decks emphasizing on specific features such as pontoon arrangement, full liquid contact, roof stability and load carrying capacity. We can design the floating roof to cover the whole liquid surface, except the small annular space between the shell and the deck. The deck can be made to float on the liquid directly or rest above the surface on pontoons.

External floating roof tanks are designed with a rim sealing system. The seal is attached with the perimeter of the roof and touches the tank wall. The seal system stays in contact with the tank wall as the liquid inside goes up or down. We also design the floating decks with fittings to enable you to carry out operational functions.

The rim seal system is responsible for limiting evaporation losses and withdrawal losses.

Internal floating roof tanks can be more effective in limiting evaporation loss and volatility. You can also have extra protection from rain and snow with the fixed roof over the floating roof.

The rim seal system and deck configurations are almost identical to those in external floating roof tanks.

Fixed roof tanks are simple storage solutions for large amounts of liquid or petrochemicals. The tanks generally have a spherical shape and have a permanent roof fixed over the shell. The roof includes utility holes, gauge hatches, float gauges, sample wells and other features for accessibility. The roof of the tank is usually cone or dome-shaped, though there's no norm.

In comparison to other tank types, fixed roof tanks don't have a floating roof that adjusts according to changes in the liquid level.

Fixed roofs tanks can be made of steel and are fully welded to make them liquid and vapor tight. It's not uncommon to find old tanks with bolted or riveted construction. The tanks are equipped with a breather valve which enables it to take advantage of a slight internal pressure or vacuum. The valve also contributes towards limiting emissions at small changes in liquid level, barometric pressure or change in temperature.

The tanks are also equipped with air and vapor valves to prevent over or under pressure while filling or emptying the tank, which can result in damages. Out of all the tanks discussed till now, fixed roof tanks are the most affordable and the minimum standard for storing liquids. But the tanks can suffer from vaporization which might pollute the air or cause emission concerns.

Domestic roof tanks are water storage tanks which supply water to the building. The roof tanks use the force of gravity to distribute the water and don't need additional pumps unless there are pressure issues. You will generally need a pump to fill the roof tank if your house is over six-story high and located in places like New York.

Roof tanks can be constructed of various materials like concrete, steel or even wood. The tanks are sometimes elevated on columns to create enough height for gravity to work. We can also design roof tanks with guardrails, staircases and other features.

New York Engineers designs and installs all types of tanks we discussed with efficiency and reliability.

We Design the Most Efficient Liquid Storage Systems 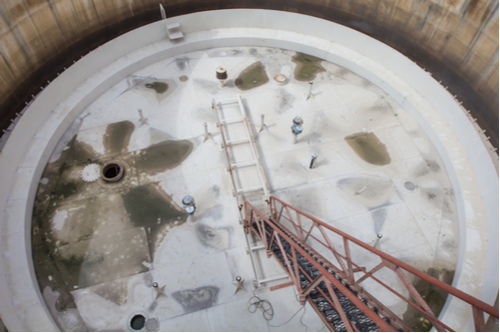 The Benefits of Roof Tanks

Roof tanks, especially floating tanks are meant to minimize the loss of the stored product. The tanks are designed to eliminate the free space above the stored liquid and prevent loss due to evaporation.

The tanks go a long way to limit emissions and provide a safe working environment for the employees. They also contribute to conserving the environment by reducing air pollution. Roof tanks provide a safe, economical and efficient storage space for your product.

You can also count on roof tanks to minimize fire hazards by decreasing the amount of volatile gases inside the tank. Roof tanks have become the preferred choice to store volatile liquids and fluids with special environmental considerations.

You are sure to get all the benefits from the tanks designed by our team! 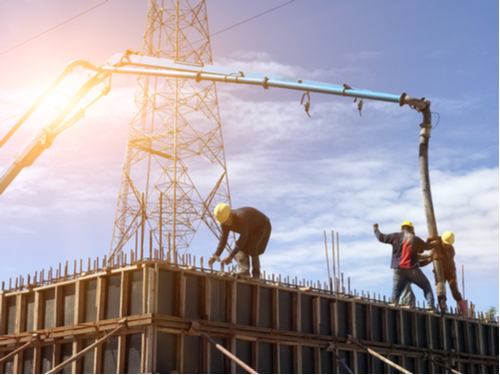 Whether you need a floating roof tank or a fixed roof tank, we can help you create the most efficient storage system for your product. We are the masters of tanks and design the ultimate masterpieces that contribute towards the success of your business. Our engineers can help you choose the right type of tank for your operations and decide the best way to go forward.

We design the best tanks that are customized to meet your individual needs. Our flexible design process enables us to accommodate any special features or tweaks you might need in your systems. You can also work with our recommended contractors for a quality installation following all the codes and regulations. We always keep safety and performance in mind which reflects in our designs and constructions.

New York Engineers is capable of handling tank designs of all sizes and types. We have designed countless tanks for various industries minimizing vapor loss for savings and return on investment. Our team is also nuanced in designing domestic roof tanks for household water supply.