Keep your loved ones and properties secured

We know how to reduce your costs without compromising on quality.

Reduce danger and false alarms by overseeing the well-being of your property and occupants.

End Of Line Resistors Are The Last Line Of Defense 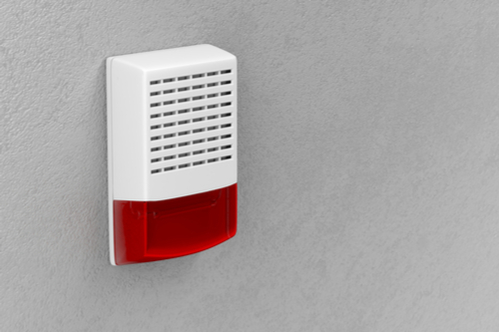 The end of line resistors (EOLR for short) are resistors designed for a pre-determined valued and used to control protected zones. Fire and gas alarms, burglar alarms, and emergency shutdown systems all respond to the emergency at hand on a pre-established condition.

In both events, the alarm system will be triggered since they both signal the same thing: there is a problem that must be addressed immediately.

The problem is that these alarm systems create the chance of having false positives. These mistakes are not only harmful and useless for people, but it's also cumbersome to the police and fire department.

The National Fire Protection Association determined that there were 2547000 million false alarms across the US in 2017 alone.  That is a pretty hefty number that could be reduced if more people installed EOLR.

As the name suggests, EOLR should be installed at the end of a security loop. At no point in time, it should be placed in the middle of the system unless particular set conditions are met.

In most cases, EOLR can be only installed at the end. That is because if it's not, the effectiveness of the resistor is lost. Moreover, EOLRs are highly recommended for places with exposed wires, easily compromisable areas, and zones that are subject to damage.

New York Engineers designs foolproof alarm systems with EOLR for effective and efficient functioning. We ensure that false alarms are reduced so that your employees or clients don't panic unnecessarily.

Our solutions safeguard property and allow action to be taken only when there is a real concern.

What Are End Of Line Resistors? 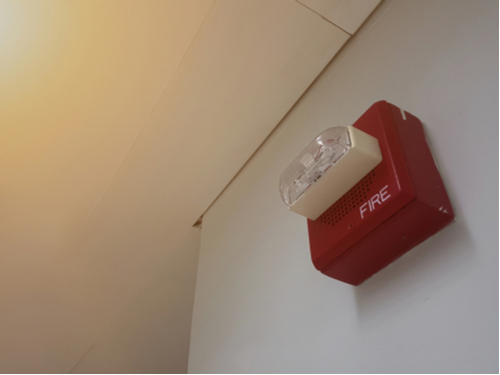 open or not. As long as the alarm received full current, it determined that everything was functioning correctly. As soon as the alarm detected a lack of voltage, it went off and alerted people of a possible problem.

Nowadays, security systems enjoy the benefits of technology. And that has, in turn, made alarm systems more secure. But, there is always room for improvement, and that's where EOLRs come in.

An EOLR is a semiconductor that provides a level of resistance to any given electrical current. The control panel sees this resistance as a reduction in total voltage.

How Does End Of Line Resistors Work?

Depending on the control panel and security system, an end of lin resistor can control one of the possible three scenarios:e

A full open-circuit is one where the electric cables are cut off, but there is still some voltage left. Therefore, an EOLR will measure that voltage to make sure everything is in order.

If placed next to another resistor, an EOLR can reduce the voltage in a circuit. It’s especially useful to prevent any damage that may arise if too much voltage is employed,

In a close and secure circuit, an EOLR will double-check that the amount of current remains within the appropriate levels at all times by serving as the last check between the control panel and the system.

Systems That Never Let You Down 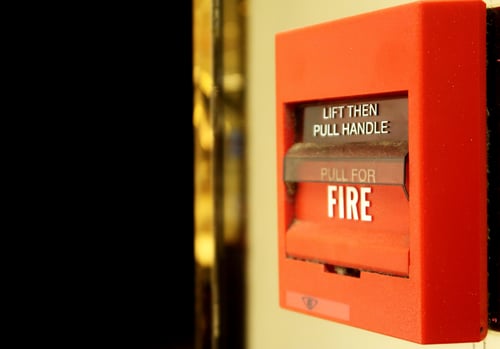 Why Are End Of Line Resistors Important?

An emergency can happen at any time: from a fire breaking out or a gas leakage to a criminal walking into the home. Modern systems do not have a way to measure voltage effectively. What they do instead is send small pulses through the wires to make sure everything is working according to their specifications.

It is a sound system, but it is prone to failure from overused wires or inaccurate measures. The way that can happen is by the control panel sending an electric signal that is higher than what the preprogrammed ohmmeter can detect. Thus, causing a false alarm.

Technicians happen to have a better tool to measure current and voltage. Their ohmmeter detects the current and/or voltage of any given circuit far more accurately than the ones preinstalled in control panels.

Sadly, no one is going to spend every single moment of their lives testing the wires to see if there is a dip in current and by how much.

This is where EOLRs come in handy. By providing a way to limit—in a controlled manner—the amount of current to a minimum, end of line resistors allows control panels to test the system without any worrying of triggering a false alarm and also by having a constant reading.

The ohmmeter in the control panel will read the same reduced level of current, regardless of the intensity they use to test the cables or any minor variables in the voltage that might also cause a false positive. That ensures that the system only acts in case of emergency.

Where Should End Of Line Resistors Be Placed?

There are some benefits for doing this, but they are mostly practical and do not increase the efficiency of the EOLR. That is why the team at New York Engineers will make sure to place the EOLR at the best place on a case-by-case basis.

It is quite important to mention again that a poorly placed end of line resistor will not supervise the wiring. The only way an EOLR can work if it is appropriately placed, and that is why New York Engineers treats these installations with the importance they deserve.

A bad installment puts people's lives at risk, which is never the case with us!

Uses of End Of Line Resistors

Hanging a frame can cause accidental wire damage when the nails partially remove the cable's insulation. Damage can also occur while changing a socket or even accidentally tripping on a cord and pulling it out.

From the outside, everything will look the same. But the power outlet might have suffered light damage from the sudden jerk if it isn't properly screwed.

A small fire or a professional burglar can bypass a security system by shorting the wires. Some systems are made to detect this change, but most aren't advanced enough to know the difference between a short wire and a low voltage.

Therefore both alarms will sound when it is far too late to do something about the emergency at hand.

While the primary purpose of EOLR is to offer electrical wires constant supervision, this semiconductor is used in other ways as well.

Houses and buildings must have fire alarms installed. That effectively means fire systems are continually monitoring the fire zones.

These systems are open devices, which means that they don't have a current, but hold a specific voltage. That is because when the circuit is closed, it means a fire has broken out.

Therefore, a control panel will see a fire alarm under the same light as an emergency that requires the presence of the fire department. That is because it will see the system as open, which means it is compromised.

To avoid this problem, EOLRs are used to close the circuit and control the system.

Some manufacturers allow users to install two EOLRs. The purpose of the second resistor is to have an even more accurate understanding of the state of the wires in any given edification. In case anyone has forgotten, one EOLR differentiates between an open circuit, a closed circuit, and a shorted circuit.

The second resistor will allow the control panel to monitor and understand the difference between an open sensor and a broken circuit.

The usage of two EOLRs represents the maximum level of security this type of resistor can offer. No control panel will benefit from having more than two semiconductors monitoring the wiring at all times. So while the idea of having two EOLR sounds appealing, it should be left to situations that are deemed necessary.

So ask New York Engineers if you qualify for two EOLRs instead of one.

Lately, manufacturers have allowed control panels to have more than one zone of control interlacing each other. Each zone will have different voltages, which means they will require different resistors.

Luckily, modern EOLR can be calibrated to different voltages, which allows for more coverage without having to pay anything extra.

1. NYE goes above and beyond the competition

By hiring New York Engineers, you get proper advice and service for what you are paying. We understand that time is a precious commodity, so we do our best to make sure the installation is done as fast as possible and by professionals trained in installing the end of the line resistors.

That lets clients rest easy, knowing that our work will endure the passage of time without any inconvenience. And this is also great for us because it allows us to establish a long lasting relationship with our customers.

All our installations are guaranteed to be foolproof and offer the highest performance.

Still unsure about installing an EOLR? Not a problem. We understand your concerns, and we will use our expertise to help you with any questions you may have as well as assessing if your home is suited for an EOLR.

We have a dedicated team with qualified and licensed engineers who excel at all things electrical. You can confidently rely on our team for a sound design and installation with no room for errors.

We ensure that everything is in working order and test our installations to make sure they work as intended.

Get in touch with us to discuss your electrical project.