New York Engineers offers the best and unparalleled addressable system designs for your fire alarms to save lives and property with precise identification and location of detectors.

Our addressable fire alarm systems have the capability to reduce the possibility of false alarms in the event of a fire.

Our systems are designed to be reliable in an emergency situation. With fewer wires, there is less chances of wires malfunctioning as in conventional systems 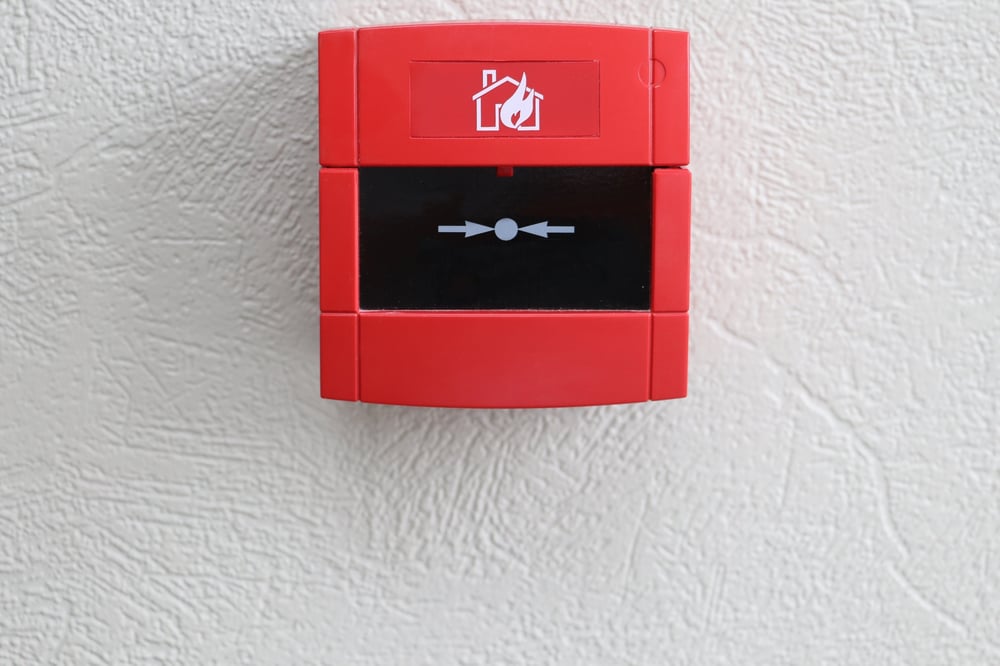 What is Addressable System Design?

But, that’s not the only difference…

To start with, addressable systems mainly consist of fire, gas, smoke, and security breach detection devices. The great part of these devices is that a single device can have triple detection technologies: heat, gas, and smoke.

In an emergency situation, timely response and notification to the central monitoring system is critical. Conventional fire alarm systems, for instance, fail to identify the exact locations of devices in complex and large buildings such as university campuses, high-rise commercial premises, and hospitals. This is where New York Engineers comes in with unrivaled addressable system designs that detect problems instantly and notify the emergency personnel promptly so that necessary steps can be taken.

A second could mean a matter of life and death in an emergency situation. For instance, life could be lost or property could suffer extensive damages while conventional fire alarm systems are still struggling to spot a specific device that triggered the emergency in a complex building structure.

Conventional system designs are not generally bad, however; they can work well in small and medium buildings as they function well with zonings. Basically, they point to a specific zone where the problem could be. Imagine such a direction in a multi-level building; it could impede the response time.

What are the Advantages of Addressed System Design?

The bullets below highlight the main benefits of this system: 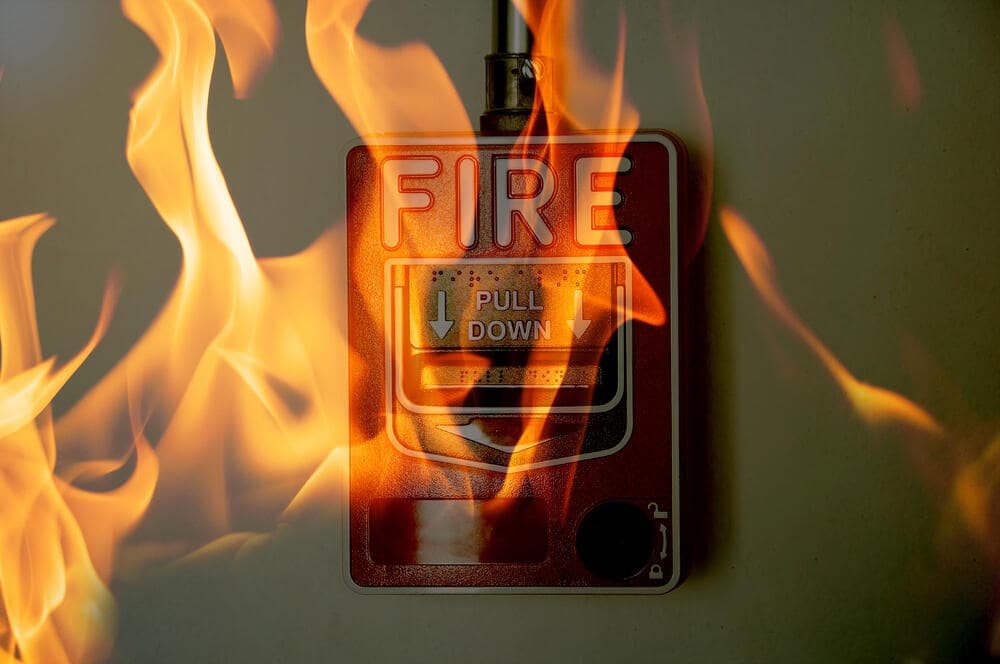 What are the main differences between addressable and conventional system designs?

Quick Response : As highlighted already, addressable system designs respond faster than conventional system designs by pinpointing the exact location and identification of the device that triggered the alarm. Every homeowner would appreciate such a prompt and precise response so that the occupants could be redirected to certain evacuation exits.

Installation Cost Reduction : As your MEP partner of choice, we strive to save you costs. Although conventional alarm systems generally cost lesser than addressable panels, their installation costs can be exorbitant in that they require many wires. Again, a single wire failure could be catastrophic to the system.

An addressable design, on the other hand, reduces the costs of installation. The system might be expensive but the convenience, quick response and the programming ability justify its costs.

False Alarm Minimization : False alarms could be costly to the buildings. False activation of sprinkler systems in a water-sensitive room, for instance, can be destructive to your equipment thus letting you incur unnecessary costs. Such false alarms are notorious with conventional systems that get triggered easily by, for example, a dust build-up in a smoke detector device.

Addressable fire alarm system designs are configured to avoid false triggers. In a smoke detector, an addressable system may be programmed to monitor a build-up of soil to notify technicians so that necessary actions are taken. For these reasons, these systems are immune to false alarms.

Flexibility : Our addressable system design is flexible and easy to use. From the installation to the usage, it’s an absolute breeze to use this system. Only a qualified MEP engineer can be able to configure and program the system due to its complexities.

The other flexibility of the system is that each device can be programmed independently without affecting the entire system. You can disconnect the other side of the loop from the control panel when addressing the other device but the panel will still receive signals from the remaining side of the loop.

Using the integrated pad and the display screen, an addressable fire alarm system is easily configured. Even when installing the software, you can use the USB interface to achieve that off-site.

Reliability : An addressable system design, unlike a conventional system design, connects all devices through a loop that attaches at two points to the control panel. And so, if one side of the loop fails, the other side will continue functioning. This makes the system very reliable. With only two wires connecting the devices, it’s highly unlikely for our addressable fire alarm system to fail. Besides, the control panel always notifies our technicians if there’s any problem so we can act as early as possible.

Conventional systems’ reliability is only limited to small and medium buildings. In large buildings reliability is a main concern and as thus it jeopardizes the lives of many occupants and the exorbitantly expensive high-rise structure.

Can I upgrade my current conventional system to addressable system design?

New York Engineers are the best in the design, installation, maintenance, and monitoring of addressable fire alarm system designs. Our technicians know how to seamlessly convert from one system to the other.

Before you can convert, the current system must be assessed and analyzed per its configurations. For instance, one has to know how many detectors were connected; where they are located; how are the wiring configurations; and many more questions.

The current wiring configuration may be used in the new design if it is compatible with replacement detectors that are programmable in line with the new system.

Also noteworthy will be the age of the existing power requirements to check if they can withstand new system requirements or there need to be some amendments or complete replacements.

Note that the fire department has to review the new fire alarm system to check if it meets the stipulated requirements in Chicago. With the experienced, competent and certified MEP Engineers in New York, there should not be a problem at all.

The parts below give a glimpse of how a conventional system design is converted into an addressable design.

This may seem too technical but if you entrust such expertise to a New York Engineers expert then everything shall run smoothly. There is no need to worry about the phases needed to get rid of your non-reliable conventional system in your building.

Is your building changing in terms of size or function? You can consider upgrading the fire alarm system. The great part about this system is that it is easy to reconfigure. Additional devices can be added seamlessly and effortlessly.

A certified electrical engineer can maneuver your addressable control panel to upgrade it in line with the number of additional devices required for a new building. The addressable design can be reconfigured through Windows software on your PC.

If you are not changing the size of your building or adding new detectors in any building, you only have to maintain the current addressable system. New York Engineers can also serve as your go-to MEP partner to accomplish that for you.

The good part about addressable systems is that each device is independent of others in the system. This means you can monitor and maintain any device without affecting the performance of others. In actual sense, you can exchange signals between a particular device and the control panel to see if it’s working.

Maintenance should be done regularly to ensure that the system is always up to date. Either way, the control panel will notify the controllers if there’s any problem to be addressed within the system.

Due to the complexities of this system’s programming requirements, DIY may be an overwhelming task for a non-tech savvy person. Installing the design is, of course, an absolute breeze but configuring it is the main problem. Programming is a major component of addressable fire alarm system designs.

Besides, fire safety regulations stipulate the need to have a certified fire technician to install fire alarm systems. They will have to sign off that indeed the system installed is safe and installed according to the regulations.

Should I immediately get rid of conventional system designs?

Having gone through the benefits of an addressable system design above, what’s your ultimate decision? If you have a small building it is still okay to have conventional fire alarm systems because it will be easy to find the zoning locations in case of fire emergency. But, you can still consider addressable system designs for small buildings due to the convenience, reliability, inexpensive installation costs and false fire alarm reductions.

Addressable fire alarm systems are a definite choice in complex buildings due to their ability to pinpoint exact detector devices and locate them on either floor. They are the most reliable.

Get your addressable system design done by New York Engineers today. Whether you have a new building or you want to upgrade from conventional to addressable, our technicians are always within reach.

As experts in fire protection engineering services, our fire alarm system designs are unmatched in quality and performance in the industry. We design the best Addressable System Designs revered by many clients. And all our designs are in accordance with the relevant NFPA standards.

Choosing New York Engineers as your MEP partner is a great choice to ensure that your designs are never compromised. We save you costs while offering uncompromised quality in Addressable System Designs.