Fire alarm installations with enhanced wireless capabilities that will withstand smoke and heat, and provide an early warning system. 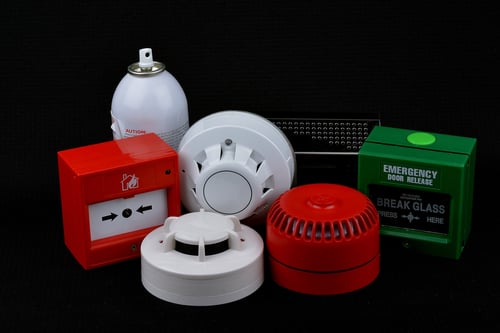 Wireless Versus Other Systems

When discussing how wireless fire detection systems work, it helps to understand other types of fire alarm systems including:

Conventional wired fire alarm systems, also known as four-wire systems, have been used in the full range of residential, commercial, and industrial properties for decades. Less expensive than other types, they work with detection zones that have detectors and call points that are hard-wired to the control panel using dedicated circuits. Separate two-core cable is needed for each audible alarm (a sounder or bell) because these are wired to different loops.

When a detector in a conventional system is activated, the control panel identifies the circuit where the device was triggered so that the area can be manually searched. This is the system that was most common when elevator recall was first introduced.

Two-wire systems are based on the standard conventional type of system, but the alarm devices, call points, and detectors used for each of the zones are wired on the same set of two-core cables that link back to the control panel. This enables designers to ensure that a single-circuit is used in each zone to both detect and power audio sounders or sirens. Although they cost more than conventional systems, two-wire systems are, ironically, less expensive to install, and they are considerably more flexible in the way they work. Additional functionality includes the recognition of fault conditions and detector recognition.

While conventional fire alarm systems provide information about specific zones or circuits, analog-addressable fire alarm systems provide details to the fire control panel that relate to individual detectors, each of which has its own unique address. This means that it is easy to see exactly where the smoke, heat, fire, or fault is located. The different initiating devices are wire-in loops in the building which also requires less cabling than conventional systems.

Often referred to as “intelligent” fire alarm systems, analog-addressable systems are a lot more expensive and complicated in terms of installation and operation than the other two types mentioned above. However, they offer increased flexibility, a greater speed of identification, a more expansive scope of control, and are therefore commonly designed for large commercial premises.

More expensive than other types of fire alarm system, they are considerably more flexible than any of the wired systems. They are also less susceptible to fire than wired installations which are in danger of circuit damage that could compromise the entire system.

Research indicates that by 2024 the wireless fire detection market will exceed US$500 million. Indications are that its incredible growth may be attributed to a range of factors including the ease of installation, the fact that they are more aesthetically pleasing than wired systems, and because they can be used in properties where wiring is not permitted.

Wired systems rely on slotting and through-wall ducts that not only look ugly but can damage buildings if not done with the appropriate skills and care. Because wireless fire alarm systems don’t need any through-wall ducts there is no danger of damage. They are also adaptable to the change of use and function of buildings. But they must be correctly designed to meet all the strict Fire Department and code requirements.

The fact that intelligent, addressable fire alarm panels are being used more and more is a key driver for wireless sensor technology. Improved visual and auditory confirmation of emergency situation and increased elimination of false alarms (or alerts) have also had an impact on the market, effectively helping wireless designs gain momentum. 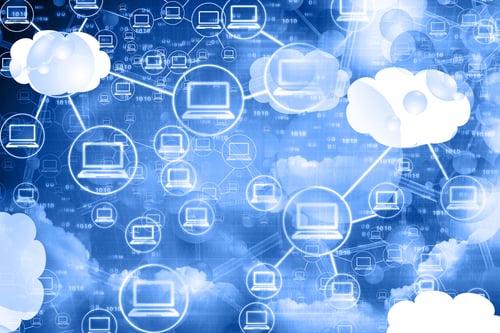 Heralded as the DNA of the Internet of Things (IoT), long range (LoRa) low power, wide-area network technology offers low-energy consumption and a much longer range than ordinary Wi-Fi – about a mile in typically crowded urban settings and ten times the range in more rural locations. Low power, wide area networks (LPWAN) also have a much lower data rate than standard Wi-Fi because data transmission needs are low.

LPWAN technology connects sensors to the Cloud, which means all the data required to run fire alarm systems is stored on the internet rather than on local computers. This enables real-time communication of analytics and data that can be used to improve productivity and efficiency.

While LoRa is a proprietary system made by Semtech, if it takes off the way they think it will, it could become the new wireless way of things, including wireless fire alarm systems.

Several NYC codes regulate the design, installation, operation, and maintenance of wireless fire alarm systems. These include the NYC Building Code and the NYC Fire Code. Wired systems must also comply with the NYC Electrical Code.

The NYC Fire Code governs the operation and maintenance of fire alarm systems and their various components. It also requires compliance with the Building Code.

The Building Code also details where fire alarm systems are mandatory, specifically referring to building occupancies and specifies the full range of fire alarm and detection systems, including those that may be included in a wireless fire alarm design.

All fire alarm systems in NYC, both wired and wireless, must be compliant with the National Fire Protection Association (NFPA) National Fire Alarm and Signaling Code, NFPA 72-2019 as modified by Appendix Q of the NYC Building Code. Appendix Q also provides modifications to other nationally recognized NFPA standards that relate to sprinkler systems, standpipe and hose systems, and stationary pumps for fire protection.

As an aside, NYC rulemaking agencies identify areas of international and other codes, like NFPA 72, that they believe need to be modified, simplified, and sometimes updated to reduce regulatory burdens and help make it easier for members of the public to understand them and comply with them.

NFPA 72 classifies different alarm systems, for example, household vs protected premises but doesn’t specify wired vs wireless in the specification. However, certain elements of wireless fire alarm system design requirements are covered, including:

Alarm signals for wireless initiating devices are also specified together with the requirements for low-power radio transmitters and receivers.

All wireless networks (also referred to as radio systems) must comply with the requirements of NFPA 72. This is a critical feature of wireless fire alarm systems.

Additionally, the Code defines a fire alarm system as a system that consists of circuits (which may be wired) and components that are arranged to monitor and annunciate the status of fire alarm and/or supervisory signal-initiating devices. It also initiates the appropriate response to those signals, for instance by setting off an audible alarm or activating a sprinkler system.

It specifies several systems that may or may not be wired/wireless:

NFPA covers circuits and pathways, which are defined as “any circuit, conductor, optic fiber, radio carrier, or other means connecting two or more locations,” and may be wireless. It also classifies pathways according to path performance required by governing laws, codes, standards, and a site-specific engineering analysis which we supply if it is our wireless fire alarm system design.

There are various types of control units that are used for fire alarm system design. Wireless control units are components that transmit and receive and process wireless signals.

All these detectors and devices must comply with the relevant standards whether they are wired or wireless.

All fire alarm systems, whether wired or wireless, must be approved by the Fire Department prior to installation.

In certain circumstances, a fire command center must be provided for buildings or other premises. This may be tended or unattended, but either way, this is where the status of alarm communications, detection and control systems is displayed and where the alarm system can be manually controlled.

The Fire Code of New York State (NYS) gives fire code officials, who are duly authorized by the fire chief, the right to call for construction documents that describe and illustrate the design, location, and physical characteristics of all the elements of any fire alarm system necessary for the obtaining any permit that may be required. These documents must be submitted to the Fire Department for approval before the system is installed.

Additionally, once the system has been installed, the installing contractor is required to provide the fire code official with a written statement that verifies that the installation of the fire protection system has been completed in accordance with the approved plans, and that the system has been tested in accordance with the appropriate installation standard as well as the manufacturer’s specifications. If there are any deviations from the design standards these must be noted and approvals for these deviations must be provided.