Whether you want to reclaim water for use in construction, for plumbing applications, or to use as potable water, we will design the ideal system.

Designs Focused on End Use

Rainwater harvesting solutions depend on the needs of every end-user. We make sure your system suits your needs and works for you.

We know how important water quality is for health and safety, and ensure that our rainwater harvesting systems are safe and reliable. 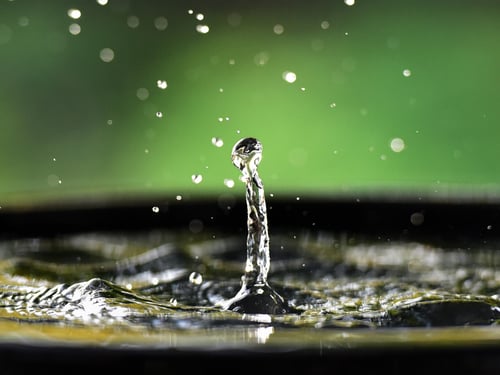 Harvesting rainwater involves the utilization of some sort of collection system of rainwater for various uses including plumbing, and/or irrigation and various other outdoor and non-potable indoor uses.

As an increasing number of U.S. states have been affected by drought, there has been more focus on harvesting rainwater for consumption. As the EPA document points out, rainwater can:

Typically, rainwater harvesting systems divert runoff from both residential and commercial roofs and store it. It is then piped or channeled to where it can be used.

The UPC definitions of water for reuse are:

In spite of the codes, until very recently when the new Rainwater Harvesting System was introduced, there was considerable confusion relating to the reuse of water. Also, state legislation differs, with some U.S. states being more restrictive in terms of how rainwater is used, and some in terms of using rainwater at all. In Colorado, for instance, water rights laws are interpreted as prohibiting rainwater harvesting because cisterns and barrels prevent rainwater runoff from reaching the state’s rivers. This, in turn, decreases downstream users’ allotted water rights, so rainwater capture and reuse are simply prohibited!

At the same time, some states have incentives that encourage rainwater harvesting. For instance, the New York State Senate has introduced a tax bill that plans to offer credits to homeowners and businesses that invest in green infrastructure that manages “wet weather impacts” that provide many community benefits. This includes reducing and treating stormwater at its source rather than utilizing the conventional gray stormwater infrastructure that moves urban stormwater away from the built environment – including our homes. Other initiatives that will likely be rewarded include rain-gardens, green roofs, and permeable pavements.

Approved by the American National Standards Institute (ANSI) and by the Standards Council of Canada (SCC), it was developed by a technical committee of experts from both countries comprising plumbing and public health officials, plumbing and water technology engineers, product and system manufacturers, and public safety specialists.

The Standard addresses stormwater and roof-surface rainwater that is being used as source water for both potable and non-potable applications. Specifically:

The term “rainwater harvesting” is used generically throughout the Standard in relation to both stormwater and roof runoff. Additionally, the Standard states that rainwater includes water in all its forms including rain and snowmelt.

In basic terms, the new Standard covers systems that provide water for a range of applications:

The Standard is very new, and there are still vast differences in terms of regulations and legislation in different American states. 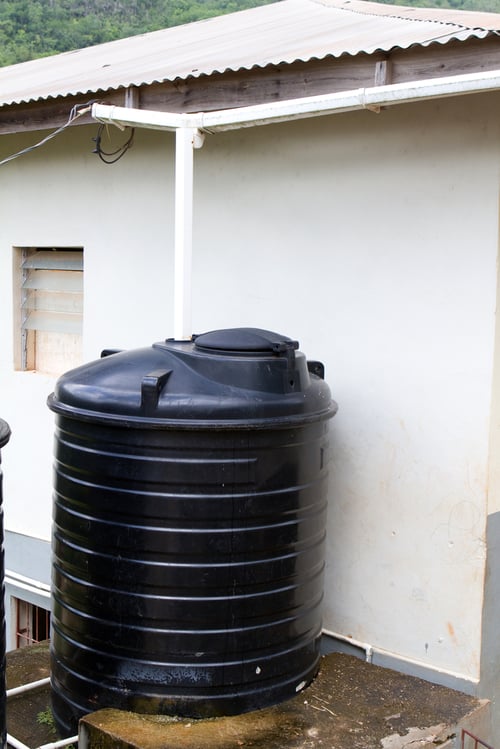 Roofs are, of course, made from a variety of materials and this affects the properties (and quality) of the catchment area. Generally, metal roofs are best for rainwater harvesting systems that are designed for potable water because they shed contaminants easily and there is less buildup of debris, all of which keeps the water cleaner. Additionally, steeper sloping roofs allow water to run off more quickly, which gets rid of contaminants more quickly.

Metal roofs also have low permeability and a high runoff coefficient which results in a high yield of storm- or rainwater. Just one caveat: catchment systems designed for potable water or irrigation should never be installed where metal flashing contains lead.

Having identified the catchment area, a conveyance system must be designed to channel the water to a storage tank. This is usually achieved by using a series of gutters and downspouts.

There are two types of conveyance systems mentioned in the NYS Rain Water Harvesting Guide: wet and dry.

Generally, dark-colored materials are preferred for rain barrels and cisterns because they minimize penetration of light which helps to prevent the growth of algae. If they are used to catch potable water, rain barrels should be rated for potable water use, and, once installed, they should be screened from directed sunlight. Additionally, a reduced pressure backflow assembly or an air gap should be installed to prevent any cross-contamination of the municipal water system.

As design engineers, we also need to ascertain how much rainwater any harvesting system will be able to collect. The first step will be to check the normal annual precipitation figures available from the National Weather Service. These will show how much, on average, falls in different parts of any one state. But that is not enough information on its own. We also need to determine the catchment area of the roof as well as the runoff coefficient that depends primarily on the surface type of the roof.

Then we are able to establish what the rainwater harvesting potential is for the system for a year.

Filtration, Storage, and Distribution of Water

Before any decisions are made in terms of the type of rainwater harvesting system to be used, it is essential to determine exactly what is required and why so that the system size and installation needs can be identified.

As discussed earlier, rainwater harvesting system design involves the specification of roof downspouts that convey rainwater into some sort of catchment system, usually cisterns or some sort of rain barrels. Irrespective of whether a dry or wet conveyance system is used, we need to ascertain whether the harvested rainwater will be used immediately or whether it will be stored for use later.

We also need to ascertain how much water will be required.

To prevent debris from getting into the conveyance system, we usually install a leaf screen over the top of the downspout. Then the water should pass through a first flush diverter that stops contaminants from entering the cistern or rainwater tank. An inline sediment filter is designed to remove sediment once the water flows out of the tank before it gets to the outlet.

Guidelines from the EPA’s Municipal Handbook on Rainwater Harvest Policies provide suggested treatment options for rainwater that will be reused. For example, water required for:

The Syracuse University’s Environmental Finance Center published the New Your State Rainwater Harvesting Guide in 2015 which, amongst other things, discusses the benefits of rainwater harvesting.

In addition to simply harvesting “free” water, these benefits include:

A primary concern with rainwater harvesting systems is, not surprisingly, water quality and its impact on human health. The new CSA B805/ICC 805 Rainwater Harvesting System Standard provides tools that are designed to establish appropriate water quality based on the quality and cleanliness of the source water as well as the desired categories of end use.

While rainwater is generally regarded as being “clean” water, if it runs off the roof, it commonly picks up pollutants either from roofing materials or from nutrients from the atmosphere or even bacteria from bird droppings. This is why it is so important to consider the end use of the water and to ensure it is filtered and/or treated if necessary.

Key information is provided in the new CSA/ICC Standard for developing water safety plans as well as techniques that can be used for sizing systems. Related system components including storage tanks, water tanks, and disinfectant systems may be evaluated in accordance with other existing standards established by various bodies including the America Society of Mechanical Engineers, NSF International, ASTM International, and the CSA Group that played a significant role in the establishment of the new Standard.

Because reclaimed water, which includes harvested rainwater, needs to be filtered or treated in some other way to ensure it is safe for human consumption, local authorities commonly require that rainwater harvesting pipework and outlets that provide water closets, urinals, hose bibbs, irrigation outlets and so on with reclaimed water are very clearly labeled.

However, the end use of rainwater that has been harvested is also important. For instance, if it is to be used for residential irrigation, it doesn’t usually need to be treated in any way at all. If it is to be used for commercial irrigation or indoors for non-potable use, some kind of treatment will usually be required, depending on the demands of the local authority concerned. Most require some sort of disinfection (for example UV or chlorine) that will get rid of bacteria.

Another safeguard relates to plumbing systems rather than human health and safety. This is why when we design rainwater harvesting systems we ensure that there is some level of screening and filtration that will prevent debris and particles from getting into the plumbing system.

Ultimately, while municipalities will inspect rainwater harvesting systems during installation, and sometimes inspect backflow prevention systems annually, the general operation and maintenance of these is the responsibility of individual property owners.