We perform detailed plan reviews and site surveys and submit accurate and reliable new gas service applications to gas utilities based on these.

You can expect your new gas service from Con Ed or National Grid to be approved by the utility company within 1.2 months of you hiring NY Engineers. 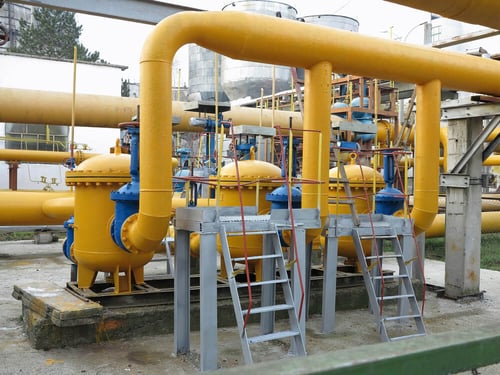 Natural gas currently fuels a significant percentage of cooking needs and about 65% of heating requirements in New York City (NYC) buildings. Additionally, it fuels almost all (more than 98%) of in-city electricity produced by power plants. Between 2005 and 2013, U.S. natural gas production increased at an unprecedented 33% across the board.

In 2016, the New York State Code Council updated both the commercial and residential provisions of the State’s Energy Code that are based on the International Energy Code 2015.

Con Edison owns and operates the gas distribution system in the Bronx, Manhattan, and parts of Northern Queens. National Grid owns and operates the rest of the City’s system including Upstate NY, Rhode Island, and Long Island. These two utility companies alone are authorized to deliver energy in the form of natural gas. However, once the gas service has been installed, consumers may choose any approved energy service company (ESCO) to provide the supply. So, if we do your gas piping design and installation, we deal with the relevant utility company, depending on where you live or where your building is located. You then decide which energy service company you will buy gas from.

The way the system works is that there are privately-owned interstate pipelines that transport natural gas from the Gulf Coast in Western Canada, Texas, and other points of production to interconnection points known as City gates. It then enters the NYC facilities system from where it is drawn at high pressure and piped to power plant facilities that generate electricity, as well as to steam plants. Gas is also piped to hundreds of district regulator stations where the pressure is reduced before it is sent into a vast network of underground distribution mains.

The original gas infrastructure of all U.S. cities comprised low-pressure pipework made of bare steel and cast iron. The modernized system mains are made of coated steel and plastic that can accommodate a high-pressure system and are considerably more efficient. Operators of the gas system have gradually been replacing the outdated portion of the mains and upgrading it to a high-pressure system.

In a report titled A Stronger, More Resilient New York, released by NYC in 2013, comprehensive, actionable recommendations were laid out in an attempt to increase the resilience of buildings and infrastructure. Recognizing that the demand for natural gas peaks on cold, winter days, the two utilities ask large users and plants generating electricity from natural gas to switch to liquid fuels. This is simply because the capacity of the interstate pipelines can exceed demand.

As the report points out, new pipeline connections for NYC represent significant advances in the City’s initiatives towards cleaner burning fuels – specifically oil versus natural gas.

As mentioned above, the two utility companies that service New York are Con Edison and National Grid. We have substantial experience dealing with both companies.

Con Edison has a number of different business segments including Consolidated Edison Company of New York (CECONY), a regulated gas, electric, and steam utility company. It’s biggest revenue is electricity, with 3.3 million customers, and gas trailing behind with about 1.1 million customers, but ahead of its income from steam services which are available in Manhattan below 96thStreet.

Con Edison Solutions is an ESCO that has a number of sustainability initiatives and is recognized as the number two solar energy producer in North America.

Con Edison Transmission (CET) invests in both natural gas and electric transmission projects that are able to offer customers access to a surprisingly diverse selection of low-cost energy supplies.

National Grid is a British company that also operates in New York, Rhode Island, and Massachusetts. The company operates systems that deliver natural gas and electricity.

The company has stated its intention to strive for a decarbonized energy infrastructure in the U.S. and has set 2050 as its target year, in line with the commitment of the states it operates in to significantly reduce greenhouse gases by this time. Part of the company’s mission is to continue persuading home and business owners to switch from oil to natural gas, a process we are able to facilitate. Another is to reduce methane emissions and, in this way, make natural gas a cleaner transition fuel.

There are three categories of building for new gas service in NYC:

Specifications in codes do vary from one to the other. For example, there are possible waivers for large dwellings, commercial and mixed-use buildings for gas meters to be located inside rather than outdoors.

There are two utility companies that own the gas distribution system and service NYC, Con Edison and National Grid. Con Edison supplies the Bronx, Manhattan, and parts of Queens (northeast and Astoria) while National Grid supplies most of Queens, Brooklyn, and Staten Island. As mentioned above, while you will have to apply to one or other of these utility companies for installation of a new gas service in New York, once you are connected you can choose whether to buy your gas from this company or another natural gas provider or ESCO.

Before the application for a new gas service can be made, a professional engineering firm will need to perform a detailed survey of the site to ascertain gas load requirements and other details. You will also need a gas piping design that complies with local codes and other relevant legislation. This will specify all the important design elements including the size of pipes to be used for the gas piping system and the supply pressure.

Whether you need a new gas service for a building still to be constructed or new gas service for an existing building, it New York Engineers offers the fastest average turnaround time from the moment we are hired to approval. We also offer a flat price which will save you money and enable you to budget accurately.

Application for a New Gas Service 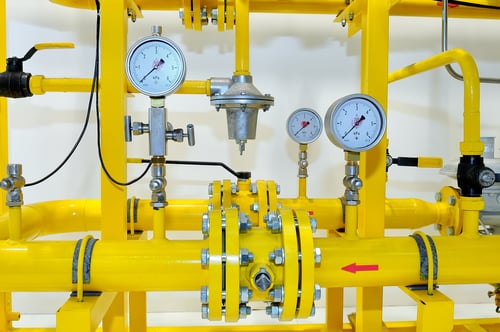 Before any application for a new gas service can be processed, utility companies require customers to complete a gas load letter to provide precise information regarding the new gas equipment to be installed. The gas load letter also formalizes the terms and conditions of the agreement as well as the commitment of customers to pay bills and agree to indemnify the utility company in various circumstances.

Energy efficiency is also important, so the gas load letter often asks whether there will be pipe insulation, as well as roof and wall insulation, building controls and so on.

In addition to the gas load letter, Con Edison requires customers applying for a new gas service to sign a standard “hold harmless” agreement which indemnifies the company, employees, agents, affiliates, and so on from liabilities, damages, losses, and anything else that might arise should something go wrong.

Once the application has been received by the utility company they will assess the application and, amongst other things, determine whether the loads required will be adequate. If accepted, excavation and installation of gas service will be initiated in accordance with approved engineering layouts and plans.

Installation of a New Gas Service

Installation of all new gas services in the U.S. must be carried out in accordance with the 2018 International Fuel Gas Code (IFGC) in addition to any local laws and codes that are applicable. They are usually quite similar although local laws and codes are more specific. For instance, while the Fuel Gas Code of New York State (NYS) is, in essence, the same as the IFGC there are a number of state amendments.

The actual installation process concerns various utility company departments. Gas Operations or Construction Management might oversee third-party contractors that work for the utility, while Gas Operations will usually install company-owned facilities including mains, services, and set-up of gas regulators. Customer Operations will deal with accounts and payments and everything related to these.

Once the installation is complete, customers contact Energy Services or the gas conversion representative to schedule a final inspection. If everything is in order, the utility will set the meters and turn on the gas service.