Receive precise chilled beam designs with your expert engineers and designers here at NYE. We use the right tools to bring the best results.

Nearby EngineersNew York Engineers know how the industry works, and we know the latest and most efficient chilled beam models that you can appreciate.

If you want your chilled beam to last for a long time, Nearby EngineersNew York Engineers can guarantee well-designed systems that are bound to last.

Chilled beams are somehow a new concept to many within the US. However, they’ve been widely used throughout Australia and Europe for years. Basically, they are used to provide cooling throughout a building and are often distributed across the ceiling.

Originally, chilled beams were designed for superseding the outputs which were achieved by passive radiant cooling ceiling systems. However, the fact that such an area is restricted limits the cooling capacity of such system. With a cooling capacity of only 25BTUH per square foot of the floor area, passive radiant cooling ceiling systems were quickly replaced by chilled beams. Aside from the fact that they occupy less space, they can also provide cooling outputs which are 2 to 3 times more efficient compared to the previous system.

Here at Nearby EngineersNew York Engineers, we make sure to do just that. Our chilled beam designs are all intended to provide maximum cooling efficiency while being cost-efficient and environment-friendly.

Chilled beams are space-saving, have low plenum requirements, and are highly efficient and easy to maintain. Here at NYE, we can help you maximize all the perks of a chilled beam structure. We can help you go through the critical decision-making process of your chilled beam project with our thorough construction planning, accurate documentation, and appropriate cost estimation. Our technical experts are ready to offer their knowledge and skills in bringing about the best MEP design and drafting requirements for your chilled beam project. We can take care of all the electrical schematics, wire diagrams, ladder logic drawings, and more with zero slips. We do this by making use of the most accurate and sophisticated tools like Revit and AutoCAD. Nearby EngineersNew York Engineers are your skilled drafters that can convert concept sketches into accurate 3D CAD designs on time and on budget.

Why Choose Nearby EngineersNew York Engineers

Our experienced drafters have worked on simple to complex MEP projects and are adept in tackling BIM, 2D/3D designs, simulation, prototyping, reverse engineering, and more.

We respect the urgency of every project, and we process everything accordingly to ensure timely submissions and quick approval.

We maximize the best architectural software solutions like Revit and AutoCAD to generate high-quality and cost-effective chilled beam designs and more.

We have mastered the constructions standards and building codes in Chicago and beyond. Rest assured that your project will always be up to the mark.

We have dealt with hundreds of MEP design projects in different sectors including residential projects and other developments covering the healthcare, industrial, hospitality, and other key sectors.

In general, chilled beams are considered a more energy-efficient solution compared to conventional HVAC systems. Additionally, they have little to no moving parts, and they even operate quietly and demand little maintenance.

If designed properly, they can complement the aesthetics of a space and even create a draught-free environment.

Chilled beams could be classified as either active or passive.

An active chilled beam (ACB) is considered an integral part of a mechanical ventilation system within a building. It lets fresh air in through a ductwork which is then injected to the beam via nozzles, thereby inducing air flow from the room below. After that, the air then passes through the beam fins where it is cooled and distributed afterwards.

Due to this process, an active chilled beam is considered more efficient in terms of cooling capacity compared to its passive counterpart, delivering around 500-800 watts of cooling for every linear meter. In some cases, it might also include a heating coil to heat up supply air when necessary.

Meanwhile, a passive chilled beam (PCB) tends to rely on buoyancy for creating air movement. As chilled water passes via the tubes, warm air will then rise toward the ceiling where it’s cooled by the beam and returns to the occupied space. Due to this, a passive chilled beam is capable of cooling without the need to use a fan. However, its cooling capacity is lower to that of an ACB, delivering only around 300-500 watts of cooling for every linear meter.

Aside from active and passive beams, chilled beams can also be classified into the following:

Active beams are ideal for the following applications:

On the other hand, passive beams work best on the following:

To make sure we can create the right chilled beam design for your building, we normally examine the following considerations:

Passive, and even active, chilled beams can be considered self-regulating. As there is an increase in heat gain, the mean water temperature difference will progressively increase as well, thereby increasing overall cooling capacity.

Chilled beams are designed to use the dry cooling principle to eliminate the risks of condensation by choosing the chilled water flow temperature, supply air conditions, and ventilation rate. The dehumidification of the primary air supply is a major factor for preventing humidity levels from surpassing the dew point, hence preventing condensation.

To guarantee the dehumidification of supply air during high outdoor temperatures, it is important to size the air handling unit’s cooling cool to dehumidify outdoor air and allow for internal latent gains. Additionally, the humidity ratio must be low to allow ventilation airflow to compensate for the internal humidity loads.

Since the primary airflow rate is based on fresh air requirements, ducts are designed to be relatively small. In a traditional ACB, the ductwork is proportionally balanced. If not, constant-pressure control dampers are necessary.

Chilled beams normally operate at temperatures between 14 and 18 degrees Celsius. If ACBs are used for both cooling and heating purposes, then they’ll have to use two separate water circuits.

Due to the difference between the flow water and room air’s temperature in a dry cooling system, the sizes of the pipes used will be larger compared to the ones in condensing systems. Additionally, distribution pipework is sized to a 50 to 100Pa/m pressure drop as a means of balancing the pipework system via small pressure drops within the balancing valves. This is designed to avoid or prevent noise generation.

The choice of pipes could either be plastic, copper, or steel. However, they have to be properly insulation in order to reduce overall energy consumption. Since chilled beams work above the dew point, a vapor barrier is no longer necessary as long as the inlet water temperature is maintained above the room and void’s dew point temperature.

Meanwhile, the primary distribution pipework must be installed at a higher location than the beams.

ACBs typically use constant airflow. However, it’s also possible to use lower supply air temperature as long as the room system can heat the cold supply air to prevent the room from overcooling.

If the active chilled beams’ length is predetermined, you’ll have to follow the primary air flow rate that your manufacturer specified. This way, you’ll be able to achieve optimal cooling performance and ensure effective heat transfer. Make sure you don’t set the primary airflow rate too high as it will only result in excessive induced airflow which could lead to droughts. 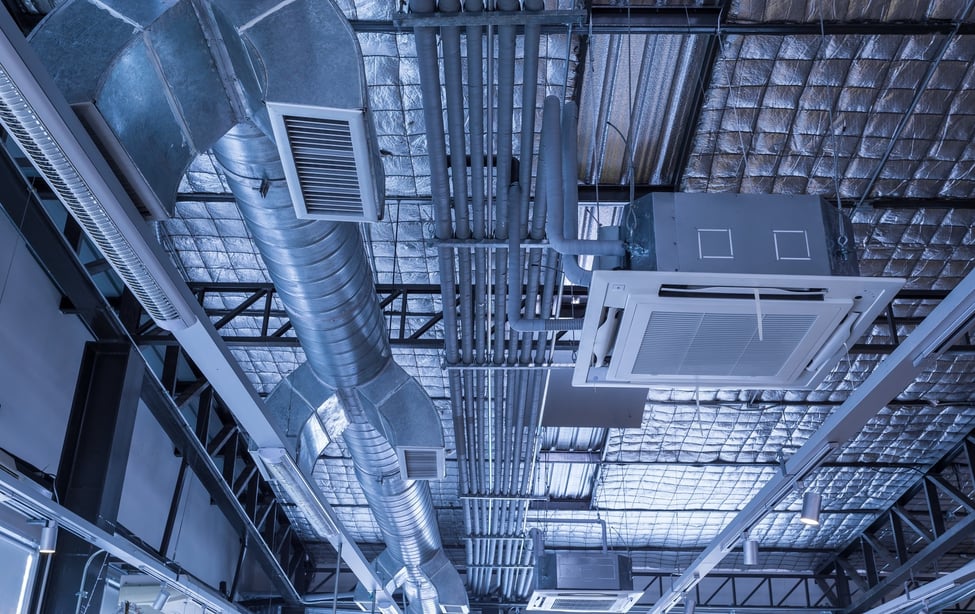 Now that you’ve had an understanding of the points we normally consider in designing your chilled beam, the next thing is to know the main things you have to consider in your desired chilled beam. They are as follows:

Both active and passive chilled beams operate quietly, although active beams tend to be a bit noisier compared to their passive counterparts. The noise level usually depends on various factors such as the diameter of the nozzle, supply airflow rate, and frequency.

The size of the nozzles will vary from one manufacturer to another, although you can have your own custom size specified. It’s possible to adjust such variables so you can control how much noise is generated and meet your acoustic demands.

Chilled beams will require regular maintenance to keep them in ideal working conditions, which is why access to their components is an essential factor you should consider in your design. Access to the chilled beams will depend on several factors such as the design of their casing and their mounting. For chilled beams which are installed above a ceiling, its access can be determined by the ceiling’s design.

Meanwhile, flush mounted units can be easily accessible through various means such as using drop-down panels.

There’s a wide range of chilled beams available on the market these days. However, you always have the option of going for bespoke variants based on the design we provide you. With that, you will be able to vary the size, color, and shape to meet your specific demands.

When it comes to multi-service beams, you can find a variety of building services which could be incorporated. When looking for possible solutions, we recommend that you pay close attention to the details of our design and any design constraints during our designing process.

Apart from the initial cost of designing your chilled beams and having them manufactured, you should also consider other possible expenses such as monthly recurring energy bills and ongoing maintenance.

There are other systems with lower initial cost but demand higher maintenance and operational costs. Fortunately, a well-designed chiller beam system can resolve that issue beforehand.

Chilled beam systems could be designed to be flexible, especially in terms of space. It’s possible to customize the size of terminal units during the designing process in order to fit certain layouts. It’s also possible to add or remove partitions whenever necessary. However, this will depend on the individual system design.

Just like any other system, there can be a trade-off between flexibility and cost. Typically, a chilled beam system with higher flexibility will require additional ductwork, which in turn leads to additional system costs.

How Can Nearby EngineersNew York Engineers Help? 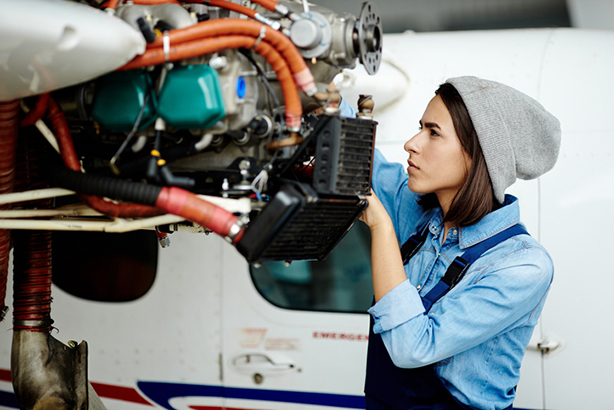 Here at Nearby EngineersNew York Engineers, we can help you conceptualize and formulate an effective design for your chilled beam systems. Depending on your preference, whether you want to go for an active or chilled beam, we can create the right system design that will accommodate your needs, particularly in terms of budget, efficiency, floor space, and performance.

Our professional designers and engineers make use of the latest tools in the MEP (manufacturing, engineering, and plumbing) industry such as Revit and AutoCAD to bring your design to life. We also render your finished design in a 3D environment to give you a preview of how the system will work in real-life scenarios and even resolve any possible issues that might be associated with your building’s layout.

With our years of experience in the industry, we can only guarantee you the best chilled beam design services at very competitive prices.

What are you waiting for? Avail of our services now!

Feel free to contact us or visit any of our physical branches in New York, Chicago, and New Jersey.