Energy efficiency is now the name of the game, and every client wants the best team who can achieve just that. NYE is the real deal.

We take pride in the long-term value we offer for each project. With NYE, your steam radiator is bound to last for long years. 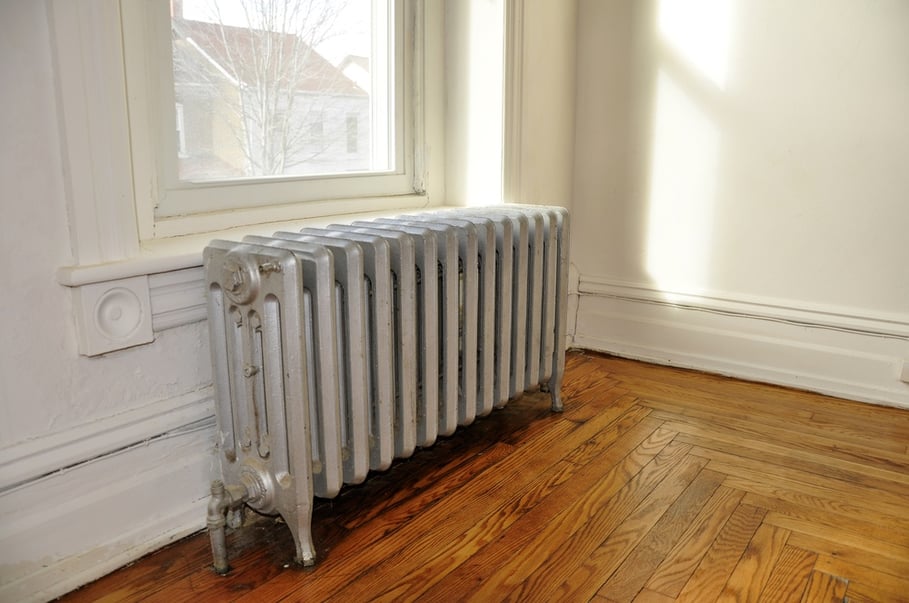 Steam radiators are ideal for providing an efficient and cost-saving means of heating inside a building. In fact, they still continue emanating heat even when the furnace has already completed its heating cycle. As a result, they can deliver moist air throughout a building compared to a forced-air HVAC which delivers dry, heated air.

The steam radiator is just one of the two types of radiators mainly used in an HVAC system, and we at NY Engineers know how vital a steam radiator’s design can be in maintaining constant and efficient heating in your facility within New York, Chicago, and other cities throughout the US.

Therefore, our steam radiator design service ensures that you can have a well-designed steam radiator which is energy-saving, efficient, and complies with various regulations in the HVAC industry.

Our MEP engineers can help you achieve the quality environment you deserve. With our steam radiator design services, we strive to promote comfortable living, operational efficiency, better productivity, and lower greenhouse gas emissions. We work on our designs keeping in mind the essential elements like classification of the building, building efficiency factors, geometric factors, building costs, and more. We first have to understand the total architectural design and then proceed with the MEP design stage of the project. We use Revit and AutoCAD software to achieve an integrated approach and accurate Steam Radiators design completion.

Rely on our Steam Radiators design services to completely visualize your whole project before you start the building stage. This can help you avoid hefty expenses due to unwanted errors or necessary plan modifications along the way.

Whatever your engineering resource requirements are, our design studio is ready and able to be of help. We can use our expertise in any structural applications.

Nearby EngineersNew York Engineers make use of the most advanced software application to thoroughly get down to the design process. Our software packages and long years of design experience are what you need to ensure the thorough establishment of your steam radiator project.

We help construction houses, engineers, architects, and more to help them optimize resources and time and carry our steam radiator projects with ease. Finalize the key elements of your project with our MEP design services. We ensure that your project achieves comfort, safety, and accuracy while improving efficiency and competitiveness. We have established steam radiators in commercial buildings, industrial facilities, retail outlets, laboratories & data centers, hospitals, residential complexes, and many more.  We deliver projects in a thorough and cost-effective manner. We do the load calculation accurately to ensure that comfort, function, and accuracy are all met. We use Revit and AutoCAD to draft and develop the designs for our valued clientele. We also make sure to deliver our designs the soonest possible time.

Why Consider a Steam Radiator in Your Building 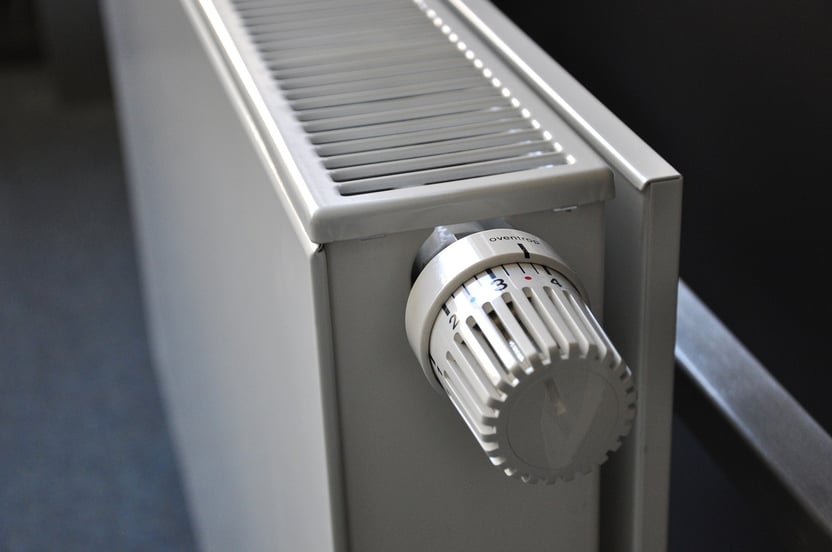 Before you even think about having a steam radiator installed in your building, you ought to know what it is and how you can benefit from such heating system. Steam radiators are quite similar to their hot water counterparts, which is why in most cases, they are often interchanged. The most notable difference, however, is that steam radiators use either one or two pipes for letting steam and condensed water enter and leave the room. A hot water radiator, on the other hand, always uses two pipes: one for letting hot water enter and another for letting condensed water leave.

A steam radiator, as the name implies, uses steam which is created within a furnace in a separate area such as the basement as its heating source. Once steam is created, the boiler will then distribute it throughout your building through the pipes which are located in the walls. The steam will be the one to emit heat that comes from the radiator into your facility.

Now that you have known a few about steam radiators, let’s talk about its major advantages:

Among the major advantages of a steam radiator is its quiet operation compared to a forced-air HVAC system. This means you won’t be hearing any air blowing through your vents all day. Steam will get forced through the pipes quietly, thereby pushing air toward the radiator.

Steam heating systems are also ideal for heating limited areas inside your house. For example, if you have a huge building, you have the option to turn off the heat to certain areas. If you spend most of your time inside the living room, then you can choose to turn heating only to this room. As a result, you’ll be able to cut down on your overall heating expenses.

Additionally, steam radiators can provide better heating than a traditional forced-air HVAC. With this system installed, you’ll be able to see some noticeable differences in the amount of heat within your building.

Lastly, steam heating systems can be installed conveniently, even beneath your floors. This only means you don’t have to invest in a heating system for your floor as you can just run some of the pipes under it.

Components of a Steam Heating System

Steam heating systems are made of different components that are vital for its overall function. Learning about these components will provide you with knowledge as to the kind of steam boiler you need to get.

While our engineers and designers are fully knowledgeable of these said components, learning about them firsthand will let you formulate a design plan which is quite helpful to our designing process.

A steam radiator is divided into two different categories. One is the cast-iron radiator which is made of several sections. The cast-iron radiator is closely similar to the one used in hot water systems. It’s generally used in a one-pipe system and is the one responsible for transferring steam to the radiators while allowing condensed water to pass through it, returning it to the boiler.

The other one, the fin-tube radiator, is made of a metal tube with metal fins outside for increasing its overall heating surface. It comes with a valve at one end along with a trap at the other. Due to its design which allows for mounting on walls, it has been widely used in most establishments and properties within the past 15 years.

Normally, a steam heating system will contain air vents which are essential for removing air from the radiators, considering that the presence of air will prevent them from heating efficiently. You can find two types of air vents: automatic and manual.

An automatic air vent is composed of airtight bellows, vent body, valve disk, and a seal. The bellows normally contain a volatile liquid which has a lower boiling point than water. As a result, once it gets heated to a temperature below that of steam and water, it will expand and close the valve. As air surrounds the bellows, its temperature will be a bit cooler than steam, hence causing the bellows to contract, thereby opening the valve and letting air escape.

On the other hand, a manual vent often has a small valve with a slotted screw and a spout on the other side for the discharged air. Similar to automatic vents, they are also installed in the same location.

Steam traps essentially trap steam inside a radiator until it gets converted to condensed water. Once it does, the trap then releases it back to the boiler, recycling the water for use in another heating cycle. It also prevents steam that comes into the radiator from leaving. While its function is fairly basic, it actually plays a major role as an excessive accumulation of water will prevent the radiator from heating properly.

Here at NYE, our experts take into account every single component in the design process. Rest assured that with our expert help, you can enjoy a steam radiator that is efficient, durable, and safe.

We work with improved workflows through the advanced software solutions we use. Our processes are then automated and optimized. Engineers, architects, and the rest of the people working on your project can easily collaborate in the initial stages of the design process with our help. We can put together all portions of your steam radiator project with ease. We are also familiar with all the governing codes and local ordinances which dictate the requirements for every project. If you have changes along the way, we can also adjust accordingly and calculate the values for the said changes. We pay attention to all important design criteria, especially in terms of modern design. Work with us and allow us to cover the broader strokes of the design process, freeing you from spending more time on the high-end details that could easily get overlooked without professionals’ help. 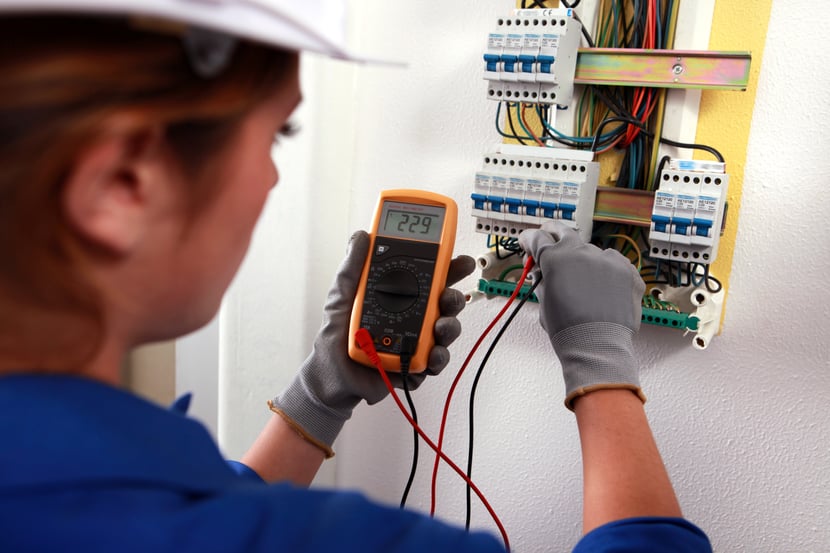 NY Engineers is a team composed of skilled and experienced professionals in the field of manufacturing, engineering, and plumbing (MEP) design. As such, we have plenty of years of experience when it comes to creating quality designs for your building. Our team can create detailed and comprehensive steam radiator designs that are tailored to your needs and preferences.

We can help you by:

Our experts go through the design process while paying great attention to detail. We make sure that the architectural layout and other design elements are all in place.

We consider all important aspects of your steam radiator project—from the calculations to the heating energy and heat loss to other technical details of the MEP design.

The software products we use are topnotch. They ensure proper auto-sizing, cross-referencing, balancing, and easy collaboration among all project stakeholders.

Everything becomes smooth and easy in the field with a steam radiator design to guide everyone. There will be less rework because all accurate measurements are already laid our beforehand.

Our MEP designers and engineers here at NYC have all spent years working in the industry, and they are constantly trained to do better and get familiar with the most advanced methodologies.

Our agile and flexible nature enables us to deliver projects on time always. We respect schedules, and we always deal with every project with no delay.

We strive to meet clients’ budget or offer cost-effective solutions before going about the project. We support all MEP design projects by making ourselves a practical choice committed to quality.

What are you waiting for? Avail of our steam radiator design services now! Feel free to contact us or visit us in one of our branches in New York, Chicago, and New Jersey.