Do you want to combat the toughest building codes of Chicago Buildings Department and pass the test with flying colors? The New York Engineers are at your service to make egress easier, save cost, boost efficiency and assure complete safety with all legal requirements fulfilled.

Our professionals have a plan for every building type. They thoroughly understand the legal laws and would love to make the most secure plan for your building.

Our Professionals work with complete knowledge and make educated assumptions. You’ll get a properly engineered emergency lighting system that is efficient and cost-effective.

We at NYE believe in commitment and meeting deadlines so rest-assured, you will be at ease from start to finish of the project. 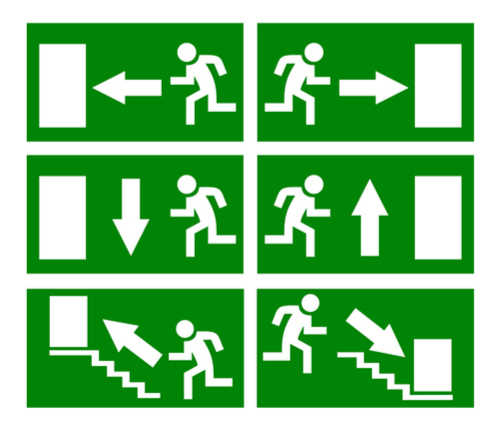 Emergency Lighting is a concept that basically refers to lighting that turns on automatically once the normal power goes out in the case of power failure. These lights are called “emergency” lights because they’re used to make a way out possible in the case of emergency.

It’s that part of emergency lighting that is responsible for delivering illumination so that people can leave the building safely, gather their important belongings in case of a hazard, rescue before departing or turn off appliances or dangerous processes before leaving.

This type of lighting is useful for large spaces where occupants might gather or from where many occupants would rush in case of emergency. It makes sure that there’s enough illumination to stop any chaos or injury from happening while the evacuation is underway.

This type of lighting is responsible for providing illumination for the people’s safety when they’re occupied with possibly hazardous processes, machinery, materials or chemicals. It helps to turn off or shut down the processes or clean up the mess to reduce any potential damage to the building or to the occupants.

This type of lighting is a sub-part of the overall emergency lighting system that makes sure that the day to day activities go on undisrupted. So these stand-by lightings aren’t a legal requirement and might not be needed in the facility if there are budget issues or depending upon the occupancy of the building. 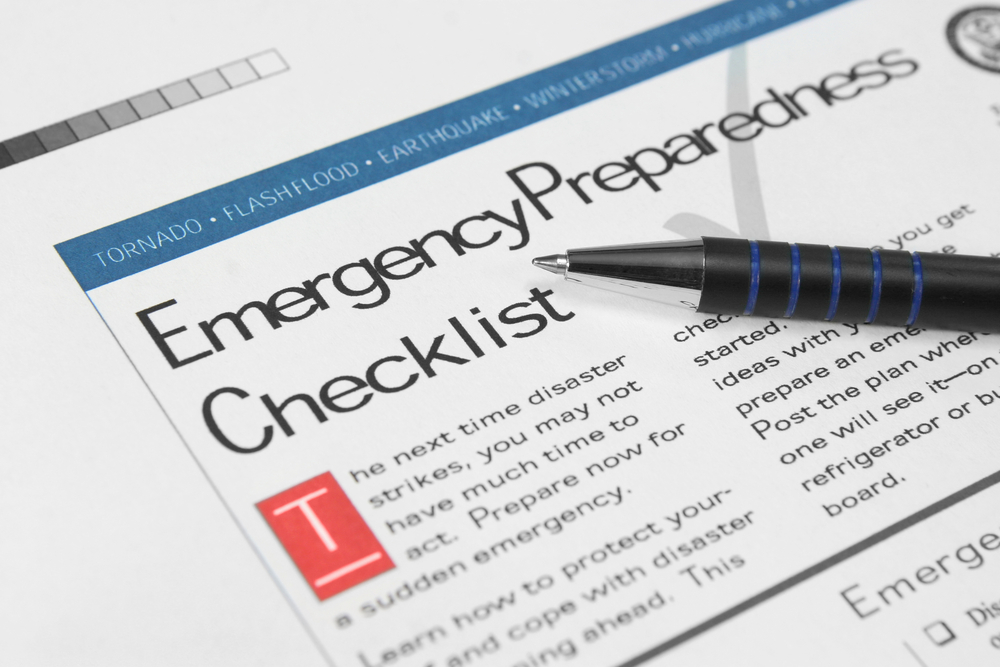 NYE Pinpoint When & Where Emergency Lights are Required

If you’re a citizen of Chicago, it is no news to you that Chicago has one of the toughest and elaborate building codes. These codes are designed for the protection and safety of occupants in the buildings. The matter of Emergency Egress Lighting is no different. Every year, many people try to outsmart the Buildings Department in inspection but end up having their brand new emergency lighting systems failed. Our professional engineers carry a full line of building, fire, electrical and safety codes, imposed by the Chicago building department. Our engineers would be more than happy to help you pass your building test and save you some cost in the process.

Emergency lightings are, nonetheless, a paramount part of our buildings these days given how much we rely on power. The situation gets completely out-of-hand if a power failure occurs, much less if a fire breaks out. 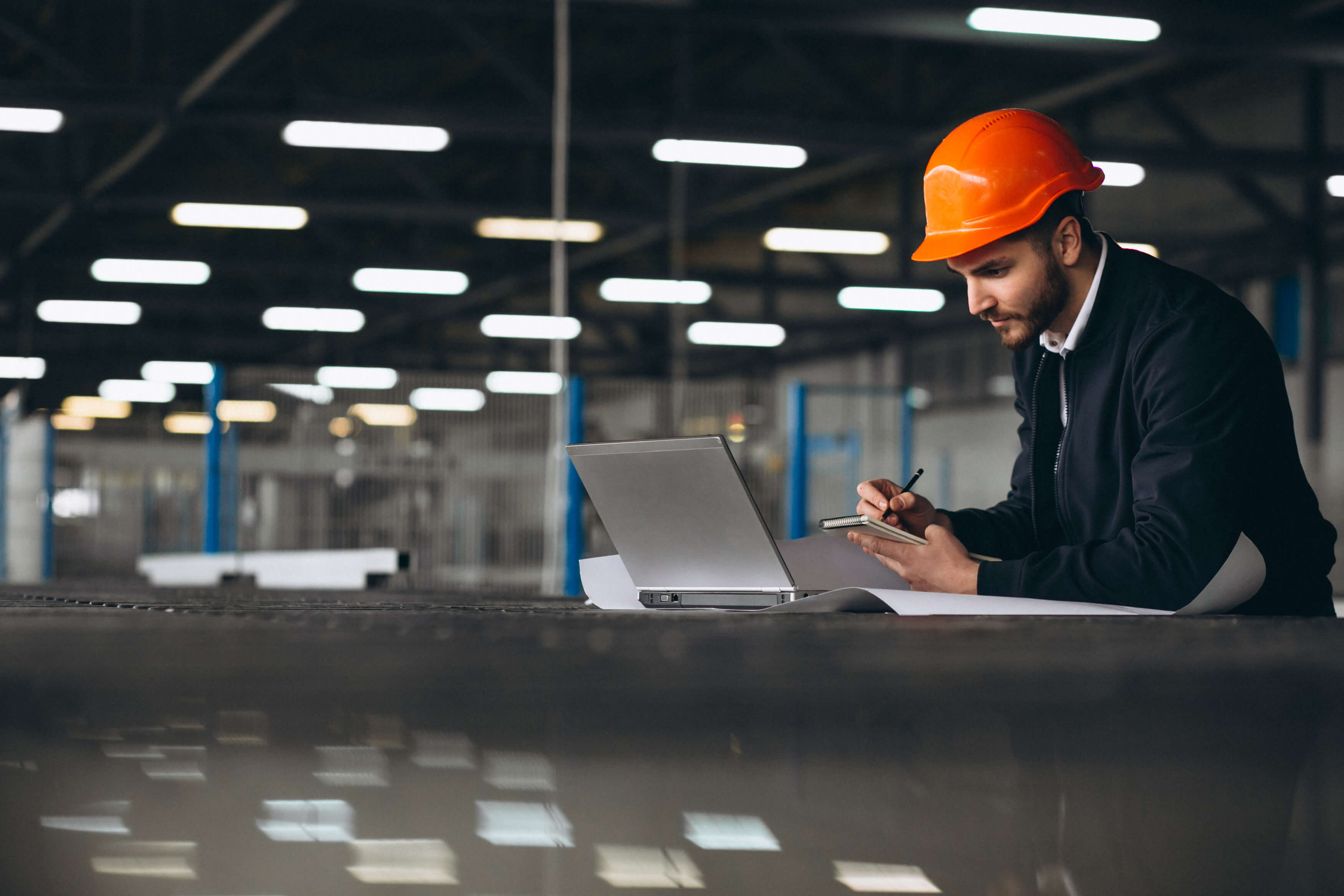 How NYE Assume Duration of Egress

Part of designing the system depends upon the assumed duration of egress from the subject building. This differs from building to building. Depending upon the occupancy type, the emergency conditions may require different results. Some buildings require quick evacuation while another building requires that the operation may be put to a halt properly before things get out of control, like a plant. The minimum time for which the emergency light must stay powered is the “duration”.

The same cannot be assumed about high-risk task areas as the condition there is more critical and a single second may become a matter of life and death. Full power should, therefore, be achieved within a single second and should last for the entire estimated “duration”.

You’ll get to know how things are set in motion when our professionals are designing the emergency lighting system for your specific building. This will help you get an idea about what to expect and look for and so it is essential to go through the flowchart and plan of design.

For this, you need to understand that based on what the NY engineers categorize the emergency lights. Emergency lights are categorized on various aspects, like power source type (single point or centrally powered), expected maintenance, building complexity and duration of egress, number of heads, voltage, wattage, IP rating, labels, and most importantly, acquisition cost, operating cost and safety codes it satisfies. 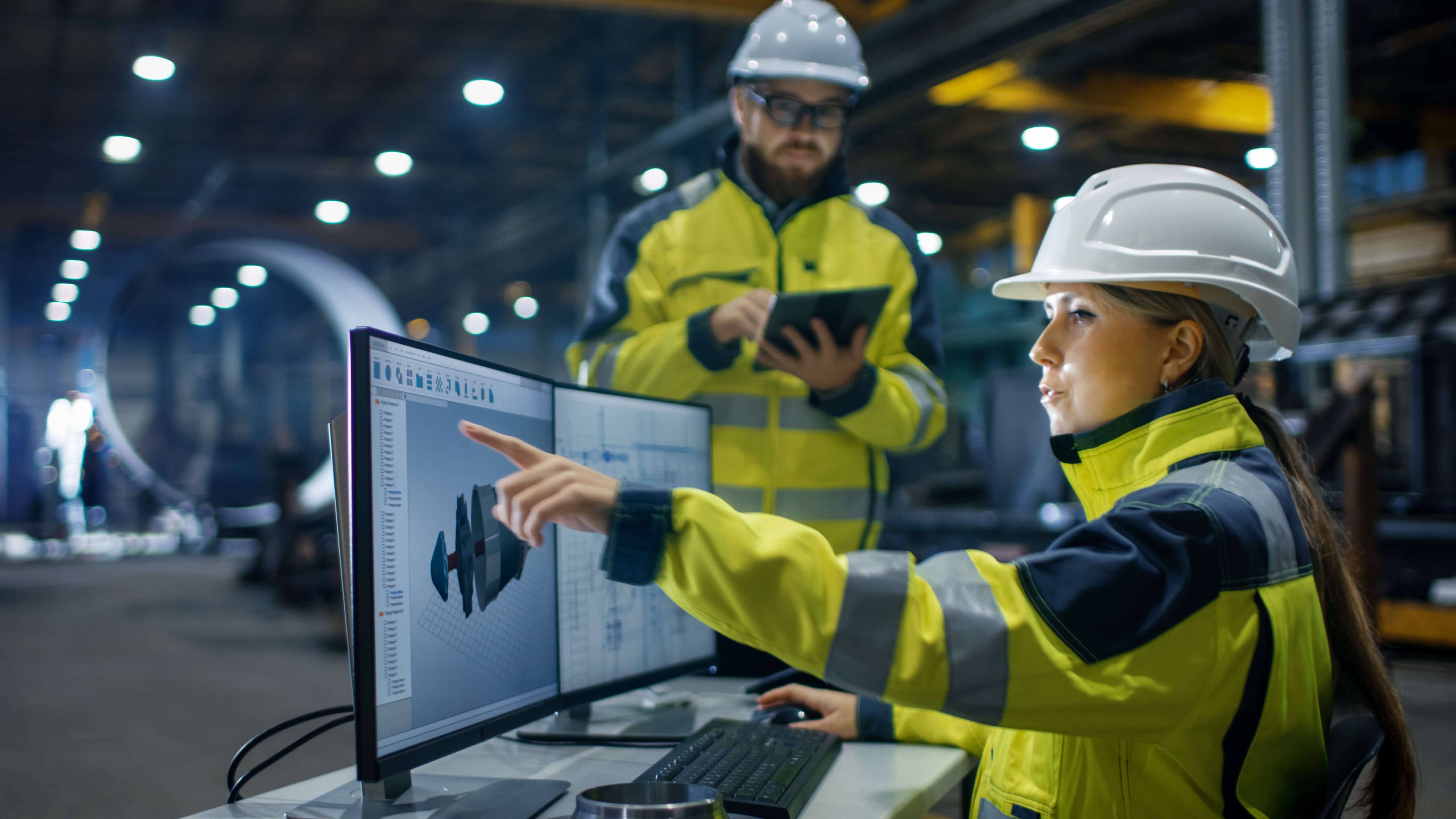 NYE in Action – Designing the System

After making a proper plan based on the aspects above and after categorizing both lights and the building, the final step of execution begins when the system has to be efficiently put together by our engineers.

Step one is where our professionals decide the points of emphasis. Some of the mandatory points of emphasis include exit doors, stairs, open areas, high-risk task areas, outside and near each final exit, to highlight first aid kits and firefighting extinguishers, when there’s a change of direction or change of floor levels and at each intersection of corridors.

Step two is where our professionals position the lights with regards to the point of emphasis. Lights or illuminated signs are placed at each exit door, to illuminate “exit” or other safety signs, near call points, staircases, and firefighting equipment and first aid kits, etc.

Step three is about checking whether or not the maximum viewing distance exceeds with respect to the illuminated signs. To understand this, consider this: the viewing distance is basically the distance from which the sign can be clearly seen and understood. The Chicago Building code has mentioned the maximum viewing angle and luminance conditions and our engineers make sure that they abide by it.

Step four is to identify the areas which may require emergency lighting services despite not being in the way of egress path. These may include plant room, motor room, lift cars & escalators, changing rooms, bathrooms, and pedestrian routes near the car park.

Step five is to simply verify that the minimum illumination level is achieved on all escape routes.

Step six is to verify open areas and install open area lighting to these areas. Any area with an area larger than 60 meters squared may be counted among it. Moreover, an area which has an escape path passing through it can also be included. 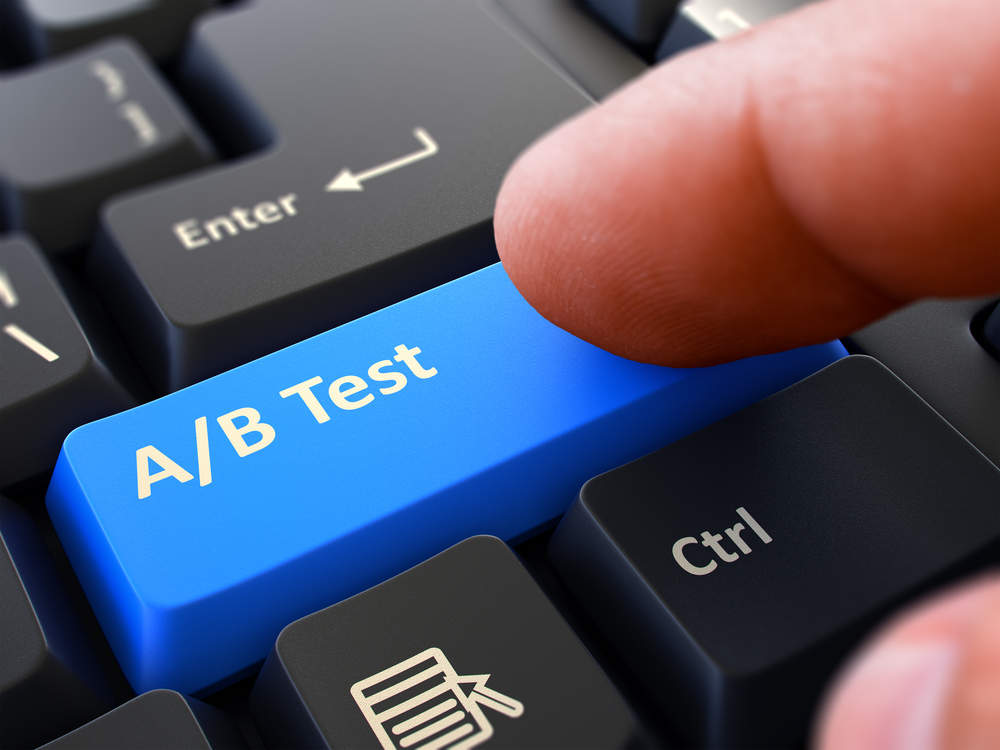 Our MEP Engineers give you the proper satisfaction before leaving you with the system they have designed. As part of our procedure, right after the design and implementation are complete, our professionals will start to test and evaluate the existing design and troubleshoot if there’s an issue. 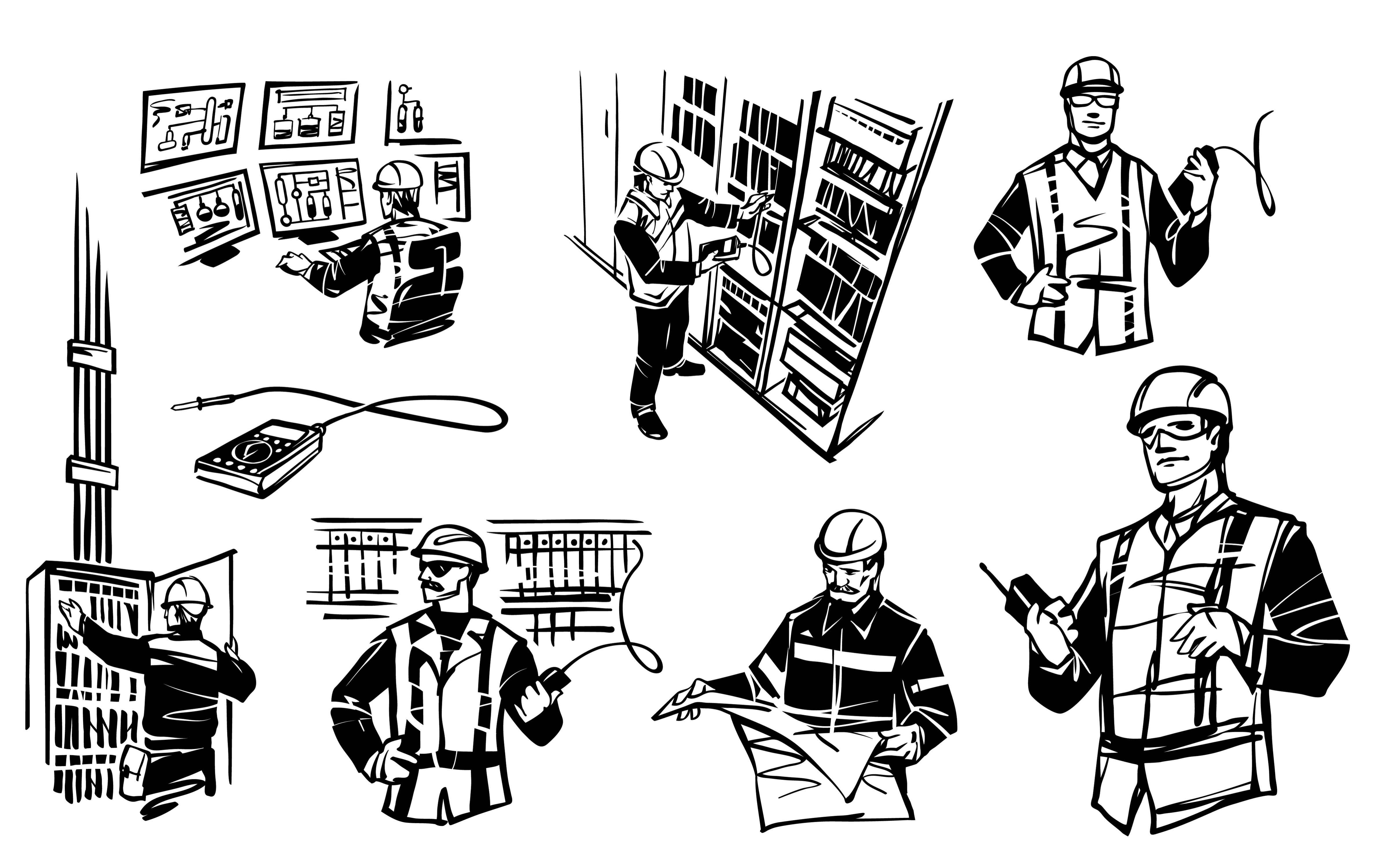 Firstly a switch is introduced which is capable of isolating the entire lighting system. This switch is used to stimulate a complete main failure. Now there are two ways to do that too.

The first way is to have a primary alpha switch that controls the entire lighting system. If this system is used, then our engineers would have to walk through the whole building to manually check whether the emergency lighting has started to work by using the power from its batteries. Later on, when the main power is enabled again, the engineer should walk again to see whether the recharging of the emergency lights has begun.

The second way is to give each luminary a personal switch. The drawback of this is that it’s not aesthetically pleasing to have a switch on the wall for each emergency light; imagine the number of switches in the corridor of a hospital. Furthermore, the switches should also be tamper proof. The advantage is that if this is implemented, then if the manual test is carried out, only one round of the building is required to check that all luminaries are operating perfectly.

After either step is carried out, the performance will be jotted down by our engineer in a logbook. 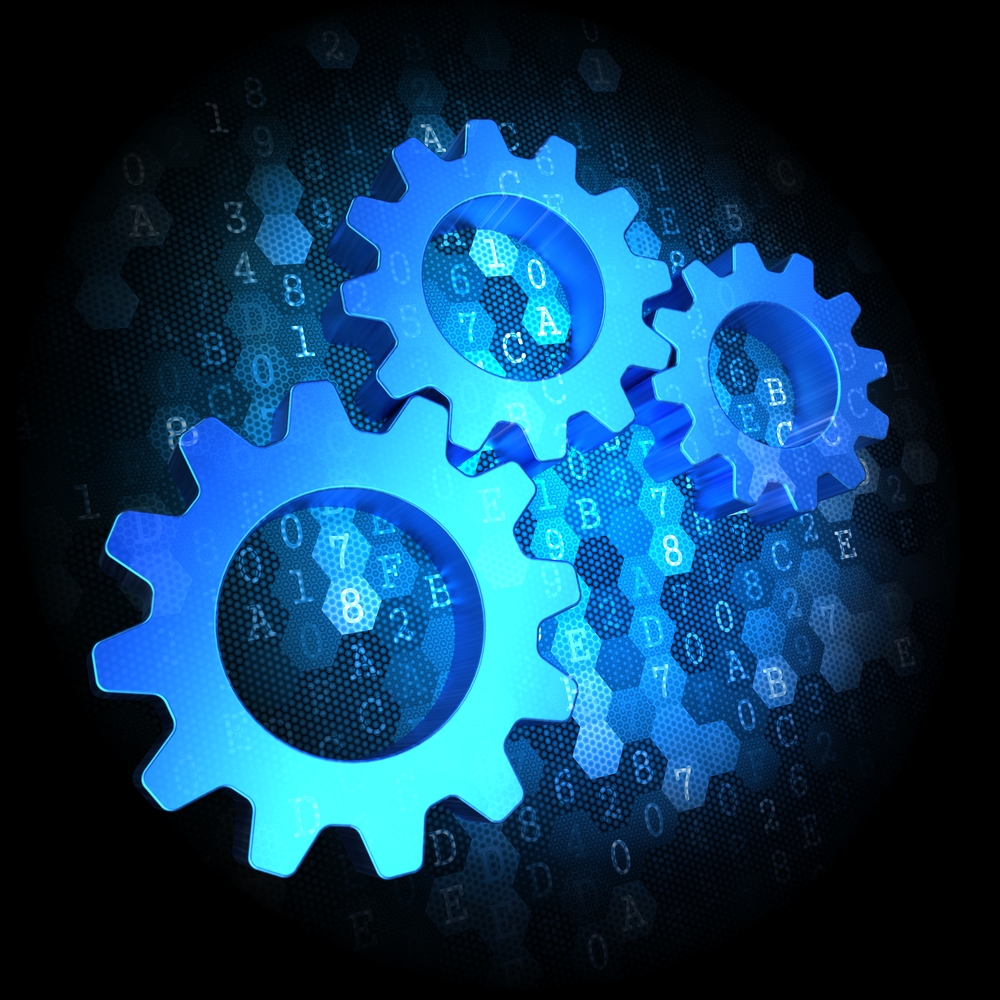 For a certain cost, it is possible to opt for “self-testing emergency lightings”. This method is opted for if the premises are large and time is of the essence.

With automatic testing, there’s another factor to consider. There’s a possibility of fault in the normal power supply soon after the testing is done while the recharge is still underway. This will result in the emergency lights not functioning properly. Due to this, all full-scale tests with maximum duration should be carried out before the time of low risk, so as to allow for recharging of batteries. Otherwise, a backup power supply should be introduced while the batteries are recharging, until they recharge fully.

In either case, a regular checkup of the lighting system is necessary to avoid any unwelcomed miss happenings and legal prosecutions. Therefore, the owner of the building should empower our engineers with enough authority to carry out these tests to maintain the full functionality of the emergency lighting service.

In this testing system, the monthly and annual results will be recorded.

Now that the designing phase is complete, it is time for evaluation, maintenance and working on the efficiency to minimize the running cost in the long run. Maintenance may seem like a costly thing, but in the long run, it saved a lot of money and so our MEP engineers figure out ways so that the system has an overall lesser operating cost but without compromising on possible long-term durability.

In the case of emergency lights, it is essential both for safety and legally, that the lights stay in working condition 24/7 as an emergency does not come invited. Our Engineers carry out the maintenance service as an essential part of the testing and evaluation routine. Although, if replacement parts like lamps are used, then a spare part is provided for immediate access.

General contractors cannot beat years of experience and studies that NY engineers put into work after they are hired to provide their services. As a baseline, NYE entire ranges of services are adapted to meet the requirements of the relevant Chicago codes and standards!